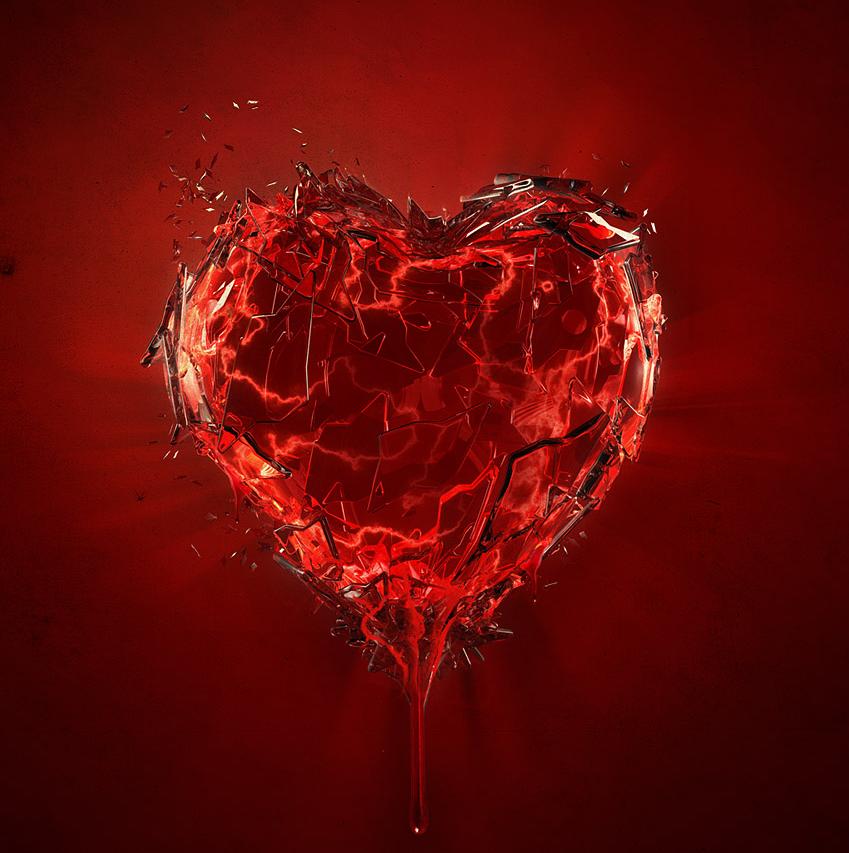 The story of Saint Valentine’s Day begins in the metaphysical mind of the Omniverse God in which we all exist. Upon his ascension to Godhood, various concepts and thoughts spontaneously manifested into sapient beings springing forth from his sub-consciousness mind. These are known as Omniverse Personifiers. One of them was Love. Almost immediately Hate was born forth under the natural law of Balance. Unlike The Darkness, another Personifier, God didn’t lock up Hate nor demand Love reintegrate into his mind as he requested of the cooperative Light. So to this day Love and Hate roam through all dimensions, Multiverses, and Parallel Universes. Their presence is essential in playing out all probable life and afterlife scenarios. Angels were ordered to resist Hate while embracing Love. In response Angels Of Love came into existence. They were not yet known as Cupids and didn’t interfere in human affairs until later in our history.

The Spirits Of Love And Hate Find Earth

On Earth, the first minds sentient enough to feel love brought the cosmic entity itself here to mingle with the Human Collective Consciousness to create The Spirit Of Love. Such non-sentient Spirits fuel related holidays that in turn compel minds to experience the concept more completely. Hate did the same to create The Spirit Of Hate. They both eventually left as various Nature Deities began resonating with these Spirits. This included Gods and Goddess of Love and Hate. The Goddesses Of Love became the most powerful in this given area and they sent forth their amorous armies to instill love in humankind. The most powerful to this day is the Greek Goddess Of Love Aphrodite and her corp of Cupids. They’re led by her son God Of Love Eros whose Father is God Of War Ares. So he is indeed a warrior of love! These Greek Gods continue to enjoy premier power among other cultures Gods because The King Of Gods Zeus created many alliances and has many loyal souls in his possession. They also have the Valentine Vixen working for them. She’s a rebel Angel-Goddess who went from being a Heavenly Cupid to a Godly Cupid.

The Birth Of Valentines Day

Angel and Earthly Gods never got along but their relationship isn’t as bad as it is with demons. Still, the Archangels of Heaven wanted the Angels Of Love to begin taking command of The Spirit Of Love. When the Priest Of Rome Valentinus died in 269 AD he became Saint Valentine. He rose to Heaven on February 14th which is why that is the day we celebrate Valentines Day. He died a martyr for his defiance in marrying couples secretly when it was outlawed for soldiers and various others. In Heaven Valentine was given command of the Angels Of Love who were modified into Cupids. It’s rumored Saint Valentine has a romantic relationship with Aphrodite. This might explain the unusual cooperation we see among Heavenly and Godly Cupids in the newly created Spirit Of Saint Valentines Day that augments the greater Spirit Of Love. This union is allowed since Saints are willed by Humans and respected by Heaven due to the overwhelming number of human origin Angels there. This allows Saints to do skirt the rules of Heaven and work with Nature Deities who are still seen as Pagan invaders of Earth!

The Work Of Love Cupids

All year round, but particularly on Saint Valentines Day, Cupids marshal the Spirit Of Love and Valentines wherever they can. This includes shooting their arrows of love into potential couples and helping soul mates find each other. They also foster love in family and friends as well. The celebration of Saint Valentines Day fuels the Spirits to their greatest heights. These supernatural spirits of mega metaphysical energy reserves infuse love in humans around the world and can be tapped into by Practitioners Of Magic to battle the forces of darkness. Unfortunately, that Spirit can be warped by said forces into The Spirit Of Hate and Anti-Valentines Day!

What Is Anti-Valentines Day?

The Unholy Union Of Demons And Dark Goddesses

Odite works in conjunction with various Dark Gods and Goddesses of the Underworld. That includes his chief ally Venus, The Roman Goddess Of Love. Although she still calls herself that she is, in reality, the Dark Goddess Of Twisted Love. The Roman Gods saw their victory over the Greek Gods as a triumph but self-righteous pride and complacency got the better of them. However, Zeus and his Greek Gods used intelligent strategy to beat their metaphysical might and overcome the lack of worship. Later the Roman Deities lost worshippers as well and fell to the wayside as angry and bitter little Gods. King Jupiter and his Roman Gods often ally with demons to undermine the other Nature Deities, Angels, and Humans. Venus herself saw her love aura twisted through jealousy of Aphrodite and even Goddess Gaia Mother Earth due to her lush life filled planet. This is why her body, the planet Venus, is a toxic mess! She mated with God Of War Mars, his planetary body now a barren wasteland, to produce the Love God Cupid. Now a Dark Cupid who leads others of his kind in the cause to spread hate, damaging lust, jealousy, and even apathy through the minds of unsuspecting humans around the world! In their malevolent mission, they enlist Succubus and Incubus foot soldiers that use seduction as a weapon! Beware if an ultra hot person wants to suddenly get it on with you! It could be these demons of lust! Beware if you’re into home wrecking and using sex as a manipulative tool for you could be prime targets to be turned into such creatures!  Also, See The Dark Cupid Warning…

Please do what you can to celebrate Valentines Day to bolster its Spirit for the love and peace of all humans on Earth! Even if you have to fake it and wish people a Happy Valentine’s Day without really meaning it. Also, it is okay to lightheartedly celebrate Anti-Valentines Day just so as long as hatred and jealousy don’t dominate your thoughts. If you feel a Dark Cupid tugging on your snapped heart strings then try to Summon A Cupid Of Love! Let the Power Of Love fuel you throughout your life…