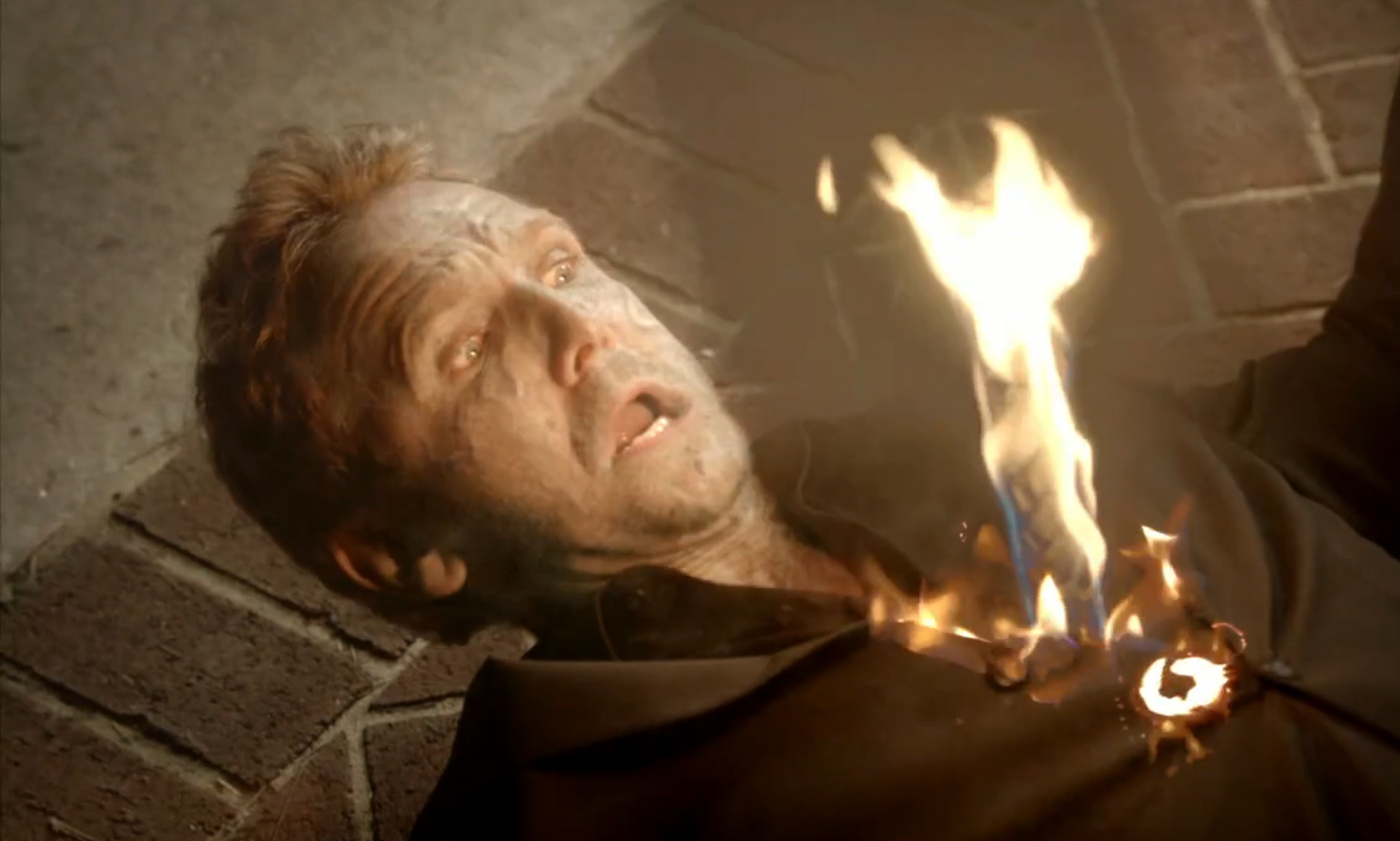 Since Vampires are immortal living dead supernatural beings, they cannot be killed by the same methods as common mortals.  Once killed they almost always burst into unholy flames and are reduced to nothing but ash.   The reason for the spontaneous combustion of their cells is caused by a reaction with the demonic vampire DNA which starts out as a paranormal virus when a vampire is first transformed by another vampire.  The following 10 methods have proved reliable in the eradication of the vampire menace:

Human science in top secret circles has been looking into technological ways to eradicate the vampire infestation our planet suffers from.   Both government scientists and privately funded cryptozoologists are devising an anti-virus to the supernatural vampire virus that might someday detransform a vampire.  This certainly is a possibility in the pre-vampire stage after recently dying and having vampire blood, laced with the demonic vampire virus, introduced into their system.  In addition, vampire vaccines are on the horizon to protect us all from the nocturnal living dead threat.

There’s also various weapons being developed for military applications that might kill vampires.  Weapons that rip apart a body at the cellular, or even atomic level have great chance for success.   Cryptozoologists are also looking into what aspect of the sun causes vampire extermination so it can be duplicated into a solar ray gun of some type.  It’s not known what effect highly concentrated laser light, via a laser gun, would have on a vampire but it’s a fair bet that a pure energy weapon or any device that could instantly disintegrate someone would indeed do the same to a vampire.

Within the current realm of reality it’s plausible that a grenade, rocket launcher, or some other high yield explosive could exterminate a vampire.  Although there is no reliable evidence to substantiate the effectiveness of explosive.  Certainly it would work if the head was blown clean off.  Naturally it’s safe to assume that a nuclear blast near ground zero would indeed finish off a filthy blood sucking fiend.

In conclusion, this article is meant for informational purposes only.  I the author am not responsible for any harm that may come to you or others when engaging in deadly combat with the living dead.  The valuable information provided within is no substitute for trained paranormal professionals which may include vampire slayers, vampire hunters, general paranormal investigators, and of course practitioners of the white and dark magics.  By reading this article you agree that the utilization of this information is at your own risk.  Risk of death or risk of joining the ranks of the evil living dead in their dark immortal journey to hell and beyond!  If you should end up in a showdown with a vampire may your guardian angel protect you and of course may God have mercy on your immortal soul!