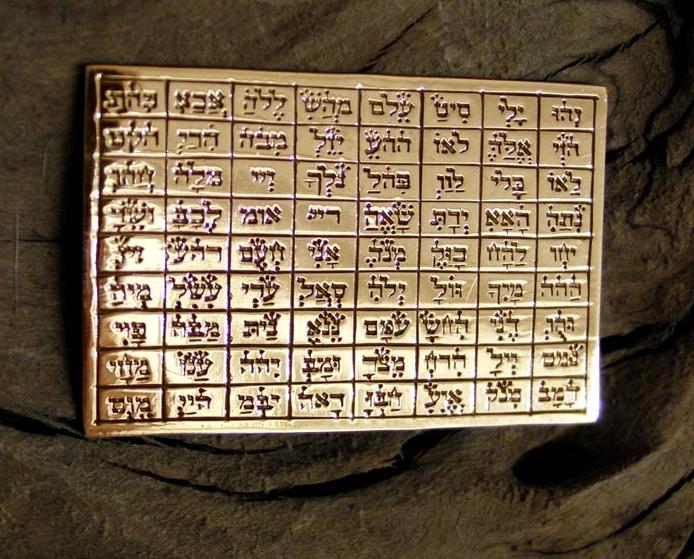 The reason why the masses of humanity never see the true world of the paranormal, except in isolated individual cases, is due to the Supernatural Secrecy Pact Of 33 AD.  After the death and resurrection of the Demigod Jesus Christ, his Father, the God of this Omniverse, decided the destiny of humankind should not be directed by magic or supernatural interference of any type on a large scale.  Certainly he had not intended that an entire global religion would center around his Son who was merely here for a visit but ended up being weakened by a mysterious force from outside the Omniverse thereby making him vulnerable to the Romans. God wants to see what free will humans will do without promise of reward, threat of punishment, and knowledge of him. At least until the final Battles Of Armageddon.  So the word went forth throughout the higher dimensional realms that a pact between good, and evil was to be formed for the betterment of each side.  In turn the various higher dimensional beings passed down the eventual final edict to their loyal worshipers who recorded it in various ancient paranormal records. Angelic, Demonic, Earthly Gods, and other metaphysical energy forces agreed to enforce the secrecy pact to keep the supernatural world from directly affecting the masses of mankind.  Demons agreed to this because their sinister ways are more effective in the dark, and their soothsayers saw the rise of powerful governments with amazing technologies that could be a threat someday.  There was also a threat of mass demonic extermination by God should the forces of evil not agree to the terms of the paranormal pact.  However the Omniverse God tries to remain neutral since his chief mission is to play out all mathematical scenarios within a certain reason among the Parallel Universes as he creates the ultimate storyline of sapient beings culminating in the higher dimensional plane of the astral Afterlife.

Naturally the forces of evil in all their incarnations, demonic, or otherwise, are bidding their time as they increase their power base for the inevitable ultimate war against Heaven & the Angels.  Angelic forces under Gods direction wanted to see humankind advance without any supernatural interference along with the mass panic of knowing powerful dangerous entities exist on Earth, and beyond!   The Supernatural Secrecy Pact was signed in blood on a pure gold tablet with silver text embedded upon it by the Archangel Michael, Fallen Angel Lucifer aka Archdemon Emperor Of Hell The Devil, and Goddess Gaia Soul Of The Earth.  Others by not coming forward, and protesting agree to the agreement by proxy.   Although the Jinn, and some other higher dimensionals refuse to acknowledge the agreement.  The gold tablet is kept in an undisclosed location on Earth guarded by an Angel, a Demon, and a God, or Goddess who rotate out every so often.  It’s said that if the tablet were destroyed, or even altered in some way then all hell could break loose on a global scale.  This indicates that the tablet is the ultimate final seal to set off the last Battle Of Armageddon, or any large scale apocalypse for that matter.

Despite the agreement several indiscretions were allowed in the past before recorded widespread national, and eventually global media.  Dragons only finally eliminated during the Middle Ages are one case in point. In modern times when too many people, or in particular the mainstream media, see a supernatural being or event Angels swoop in to clean up the mess most of the time since Demons twist the pact in negative ways that involve mass murder.  The Earthly Nature Gods will intervene at times as well.  In addition humans, and biological supernaturals, will often attempt to clean up a paranormal exposure to prevent their lives, and that of others from being ruined.  When Angels enforce the Pact they will erase memories, videos, computer hard drives, etc. over large portions of the Earth if necessary.  If the exposure is too widespread then time travel is authorized to reverse the paranormal exposure.   Those involved in the metaphysical incident can be killed, stripped of their power, or imprisoned in purgatory for a certain length of time depending on the good or evil of the people involved.  Good paranormal people who unwittingly cause an exposure are usually stripped of any powers along with their memories of ever being magical wiped clean.  The evil, or merely mindless monsters, are usually just eradicated.  The top secret supernatural branches of the various governments of the world, such as the US Paranormal Defense Agency, inadvertently enforce the pact in order to prevent widespread panic, and attempting to utilize the metaphysical world as a weapon.

One of the most infamous cases of a pact violation required a rare trial.  This was the case of the Demi-Angel Santa Claus delivering gifts to children of the ancient European world.  Santa was acquitted of all charges, and he volunteered to limit his gift giving to people in the paranormal community, and very few normal humans considered sainted souls of exceptional character.   Demons at the trial argued for his immediate execution.  In fact Santa’s evil twin brother the Demi-Demon Claude Claus aka the Anti-Claus argued on behalf of the Demonic community.   Santa was defended by his father Archangel Sarandiel.   The trial Judge was to be Jesus Christ but the Demons had a fit about the conflict of interest.  A tribunal of Angels and Demons was futile since their verdicts would be predictable.  A tribunal of humans might have worked but it was thought that their verdicts would be dictated by fear of negative reprisals from Heaven or Hell.  Each party loathed the Earthly Nature Gods so after a great search one neutral figure was found to be the Judge.  Someone both sides through would be impartial.  The person was in fact the figure shrouded in mystery that went on to later neutrally rule over Halloween.  Their gender at the time was unknown, and all that’s written in ancient texts is that they’re a rare half-angel half-demon hybrid of unknown origin.  Although physically present at this most amazing supernatural judgment their identity was kept off the court records, and was only known to a handful of upper echelon Archdemons, and Archangels.  Their face was also cloaked, and appeared as a blur to everyone in the courtroom.  As of 2013’s First Battle Of Armageddon we learned that the Queen of Halloween is a female named Shala.

Naturally Heaven didn’t want one of their own damned. The Demi-Angel Santa Claus was much beloved, and revered among the Angels, and the human masses of the time.  It was agreed no memory wipe of the masses would occur because their ancient accounts of Santa would be looked at as myth by modern society in the later centuries.  Also Santa argued that the legend of his existence was needed to fuel the Spirit Of Christmas which would compel parents to give gifts to their kids in his name.  Naturally the demons were angered by what they felt was an unfair trail despite the Neutral yet sympathetic judge.  However the Anti-Claus was allowed to go forth with his nefarious mission of Dark Christmas in opposition to Santa’s Christmas without interference so as long as he adhered to the same rules as Santa Claus.  In February 2012 an unintended incident between these two titans occurred in Hawaii causing the Supernatural Secrecy Pact to be put into action.

The Expiration Of The Supernatural Secrecy Pact

The paranormal pact is set to expire in 2133 or at the sounding of the victory horns and bells that will sound around the planet at the end of The War Of Armageddon. Although millions will become quite aware of the supernatural world in the final battles and billions in the last fight itself. Naturally, there won’t be any enforcement of the pact as the battles grow larger in scale. Thus far we’ve had three battles that were kept secret from the mainstream world. It is said there could be dozens of battles before the War is over! The original final expiration was 2033 for an even 2000 years from the pacts inception and the Earthly death of the Omniverse Demigod Jesus Christ. However, it turns out there are various temporal and hyper-temporal battles that have altered the timeline. Battles that involve time travel and incursions from parallel Universes! We were supposed to have the technology of the 2100’s by now which would have allowed humankind’s scientists to discover the world of the supernatural on their own. It isn’t until much later that technology actually becomes a match for magic, higher dimensional entity incursions and various Earthly beasts.