Posted on February 14, 2014 by Xavier Remington 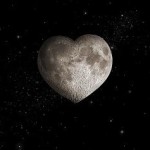 Although the normal February Full Moon, known as the Snow Moon, generally has very little paranormal consequences this particular Moon falls on Valentines Day making it a Valentines Moon.  The Valentines Moon is deeply influenced by the Angel Saint Valentines, and his Cupids whose mission it is to spread love around the world.  The extra lunar energies adds to the intensity of the paranormal process so there will those who will be struck with unbridled passions seemingly for no reason.  The Moons energy is also channeled by love Goddesses such as Aphrodite, and Venus for sometimes mischievous purposes.  It’s not uncommon for such Goddesses to take human form under this Moon in order to seduce unsuspecting men, and produce loyal Demigods,and Demigoddesses. Practitioners of magic, especially witches, consider this the most powerful day to conducts love spells, and conjure up love potions.  In some cases such magic is used for good but in other cases their is malicious intent on a day evil doers look to conduct dark love.

Werewolves wouldn’t see anything different in their transformations under the Snow Moon but under the Valentines Moon some will not transform.  Those who do will be less ferocious toward humans, and will instead seek out the opposite sex of their own kind which rarely happens.  If they mate a rare soulless albino Werewolf will be born.  An abomination that is permanently a Werewolf because it lacks a human form.

Vampires will suffer from increased feelings of lust which can result in more attacks upon humans.  Even the ones who keep their blood lust, and paranormal passions in check in an attempt to be apart of normal society as best they can.

Legend has it that Mermaids in temporary human form can become permanent humans if they conceive a child out of love on the Valentines Moon.  The child would not be a Demi-Mermaid but instead merely human.  This is desirable to some Mermaids due to the restrictions of the Mermaid society, and the strict royal Atlantis hierarchy.  Some even grow tired of an endless immortality under the sea.  In addition the Valentines Moon is the number one Full Moon for Mermaids, and Mermen to come ashore to conceive children together as they can only do so in a human form before returning to the sea.

Zombies are thought to remain dormant under this Moon but practitioners of magic can snap them out of their slumber.

Amazon Warrior Women away from their mystical hidden village in the Amazon Rainforest utilize this day to mate with unsuspecting men to father special warrior women of above average power.  In addition it’s the only day twins can be conceived.  Various nature Nymphs, minor deities, have the desire to do the same as well.

Some Ghosts of the departed will utilize the energy of this special Moon to return to loved ones for a rather startling visitation.

Generally this is a safe day, and night due to the invisible lunar love being showered upon the Earth but as always stay on alert for all the lust filled supernatural creatures lurking about!