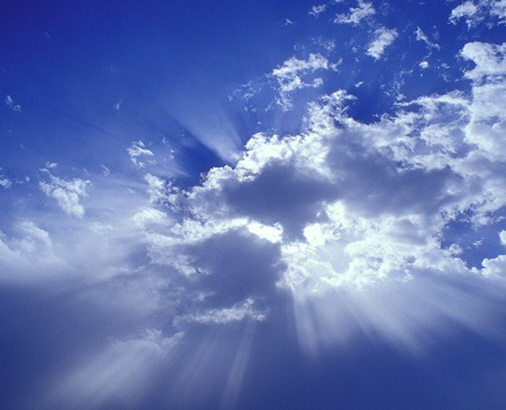 Gods, and Goddesses can range from artificial intelligence to Earthly nature deities that all ultimately fall under the umbrella of higher dimensional Gods including the all knowing infinite invisible God who is everything, and anything in existence! Gods are generally defined as omnipotent entities of pure spiritual energy, and consciousness who create one or more physical Universes within their minds.  These realities usually include sapient beings such as humans.  There is also a lower type of God that manifests by various means as the personified spirit of some natural phenomenon.  In some cases the birth is a spontaneous property of our complex reality, or an unintentional creation of the human collective consciousness like a Tulpa. Gods can also have offspring to create others of their own metaphysical kind.  Sometimes Angels, Demons, various other Higher Dimensional Beings, Extraterrestrials, and Human time travelers from the future pose as Gods. Even humans from advanced ancient civilizations meeting primitve humans on the other side of the world for the first time. Ultimately, the universally accepted definition of a God or Goddess is an exceptionally intelligent being possessing extraordinarily knowledge and powers who has absolute control over a given environment while at least having access to a higher dimension of reality.

Various higher dimensional Gods, Chiefly The Omniverse God, were responsible for the creation of this Universe.  In the early days of our Omniverse when the first Universes were being created, it was noted that the automated metaphysical pure consciousness programming didn’t account for a variety of factors.  Angels, Archangels, and other enchanted entities were placed in charge of maintaining the Universes.  However one complex life formed on planets, especially sapient intelligence, the birth of nature deities was witnessed.  The first instinct of the Heavenly Archangel hierarchy was to ironically extinguish these unplanned births.  The Omniverse God stepped in, and decided to play out the unique mathematical probability of the planetary level Gods, and Goddesses.  This also led to solar system, star, and galaxy Gods just to name a few.  Naturally the Angels have always been at odds with this collective race of Gods who they saw as usurping one of their duties.  However it was nothing at the level of the traitorous fallen Angels who became demons!

These nature deities, such as the Spirit Of Earth Goddess Gaia, re-programmed evolution along with creating their own children to rule over certain aspects of nature that weren’t already overseen by a spontaneous birth. Various human cultures worship of certain Gods, and Goddesses strengthened them as they gained access to powerful human soul energies. Hence the Celtic, Greek, Roman, African, Chinese Gods, etc.  Currently the Greek God Zeus is head of the largest faction of Earth based Gods.  Goddess Gaia chooses to not interfere to an extent like the Omniverse God.  These Gods also created a variety of physical supernatural beings including Leprechauns, Elves, Mermaids, Nymphs, and Fairies to fulfill various natural, and paranormal purposes.  Beings that also underwent an enchanted evolution process guided by Gods, and even human practitioners of magic over the centuries.

The Earthly Gods exist as Earthbound ghost like metaphysical energy spirits for the most part. Some like Goddesses Gaia have evolved into complex 5-D entities with awareness of their parallel Universe incarnations.  Others are four dimensional, and able to jump to any time frame.  Each faction of Gods has their own supernatural stronghold or Heaven in the 5th dimension or on Earth out of phase with this reality. The most prolific Is Goddess Gaia’s Paradise Plane that exists invisibly all around us. It’s the Heaven of nature deities, and all life that died on Earth not linked to a human soul.  Sometimes Gods & Goddesses Mate With Humans To Form Demigods.

Gods And Goddesses On Our Site

⚡For Other Nature Gods & Goddesses Check Out The God Checker…

There are a plethora of Nature Deities who reside over the seasons from various cultural pantheons. However, there can be only one in charge of each season over the entire Earth. Ultimately Goddess Gaia Mother Earth is the Queen of the Seasons. Since the Greek Gods under Emperor God Zeus currently hold the largest faction of nature deities, their Horae (Greek Goddesses Of The Seasons: Spring (Thallo), Summer (Auxo) and Autumn (Carpo) & Boreas (Greek Winter God) have a general authority over the four seasons. Rule over each season is decided by a number of factors including the power of a given deity and those who support them. Both human worshippers and fellow Gods. In order to keep foreign factions under the Greek umbrella there are titles given to other deities other than Greek. If they have some relationship with the ruler of a holiday then they gain even more authority to rule over a season.

🍁Autumn – Baw-waw-gi (Native American Algonquin Goddess) Plays a role with the major holiday of Halloween. Shala Queen Of Halloween approved. In fact, she gave her the power to rule Autumn over other more powerful Gods. Zeus didn’t challenge it as he secretly fears Shala’s power!🎃

❄️Winter – Jack Frost (Primordial Winter God) – Rarely listens to any other Gods and pretty much does as he pleases. Although he does follow general winter ceremonial protocols among Gods & Goddesses for the sake of his own ego. Plays a role with the major holiday of Christmas. Santa Claus approved!🎅

2 thoughts on “Gods And Goddesses”