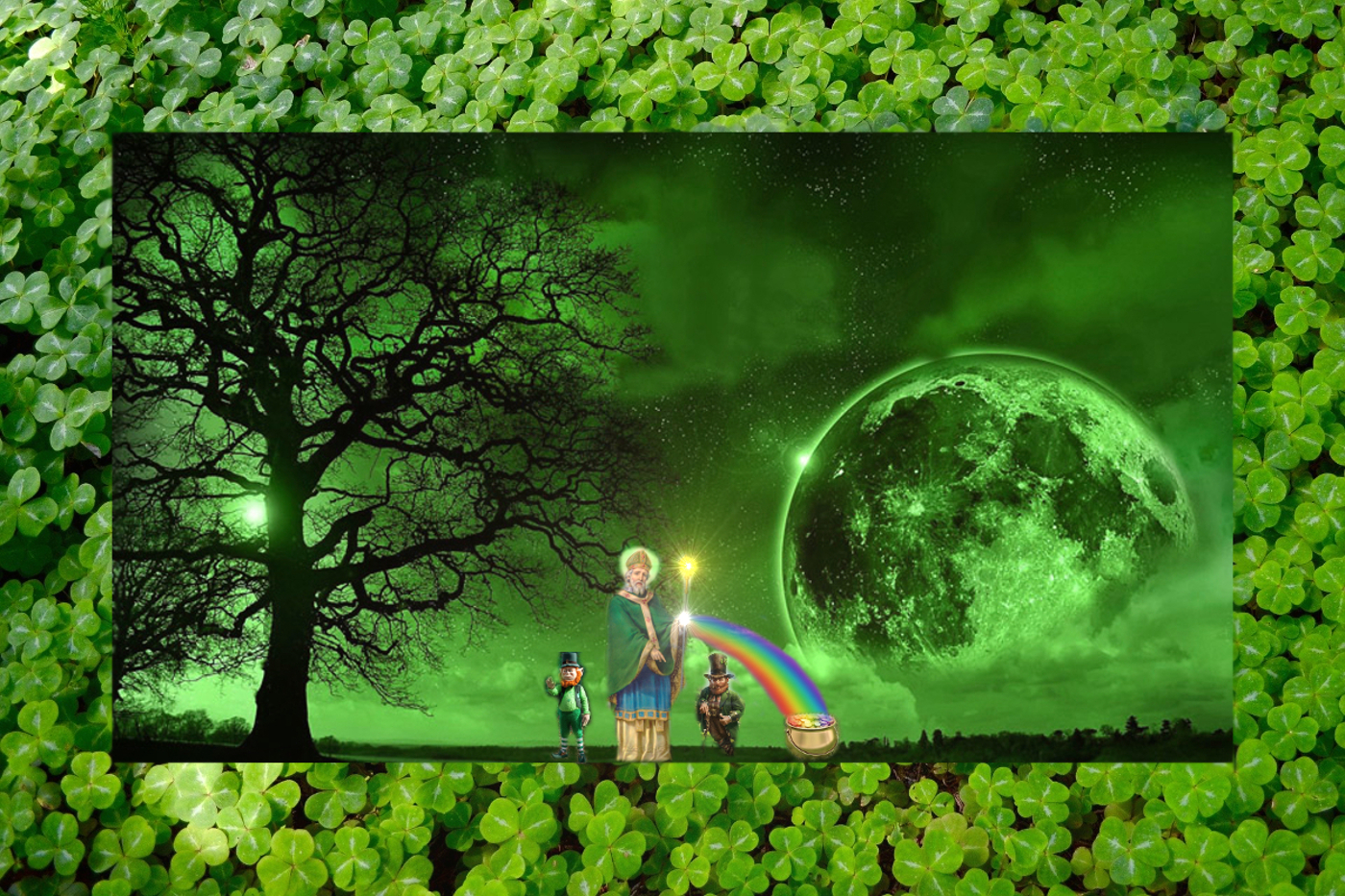 Since Saints are in essence created by the will of humans, they are given a grander

leeway than standard human origin Angels in the afterlife. Especially when it comes to dealings with Nature Deities, and other supernatural beings not necessarily considered holy by the Archangels of Heaven. Generally, Saints want to make certain Earthly Pagan factions holy while marshaling forces to create a powerful unconscious spirit used to battle supernatural evil. Saint Nicholas, aka Santa Claus, is the King with Christmas, and its Spirit, that encompasses peace, good cheer, and giving of oneself to aid humankind. Upon his arrival in Heaven, and subsequent elevation to Sainthood, Saint Patrick saw Good Luck as an untapped resource in the battle against the forces of darkness.

Patrick was a 5th century Irish Bishop known as The Apostle Of Ireland. He had limited, yet positive, dealings with Leprechauns while alive as a human. He even dealt with a few Clurichaun’s, or Evil Leprechauns as well! Once Sainthood

was bestowed upon him he immediately descended to Earth to establish March 17th as Saint Patrick’s Day. Unfortunately, under the Supernatural Secrecy Pact he couldn’t actually contact the Catholic Church to let them know he wanted it to be called Good Luck Day! What he could do was contact the ultimate purveyors of good luck on Earth. That being the Leprechauns of Ireland! Saint Patrick manifested in a metaphysical energy form at the magically cloaked Leprechaun Village on the shores of Lucky Lake, the largest wishing well on Earth! He presented himself to King Of The Leprechauns Lochlann, and let him know of his plans to spread righteous luck beyond Ireland to the entire world! All the Leprechauns were gathered together on that first Saint Patrick’s Day centuries ago as Patrick blessed Lucky Lake into holy water. He then proceeded to baptize, and bless every Leprechaun holy. Not only was he the Patron Saint Of Ireland but now he was the Saint Of The Lucky Leprechauns as well. Some Irish Gods, and Goddesses didn’t take too kindly to this since the Nature Gods created Leprechauns out of the Elf line of paranormal beings.  Saint Patrick called on his friend, and only living Earthly Saint Nicholas to make peace. After all parties realized they were fighting the same cause of beating back denizens of demonic darkness, they came to together in harmony.

With each passing century, the celebration of Saint Patrick’s Day grew around the world causing an intermingling with the human collective consciousness. This naturally created The Spirit Of Saint Patrick’s Day, or its more common name, The Spirit Of Good Luck. All year long, and especially on Saint Patrick’s Day, little Leprechauns spread good luck around the world. Unfortunately dark demonic Leprechauns, aka Clurichaun’s fight back by spreading bad luck, and creating dark deals with foolish individuals. They say a Spirit Of Bad Luck exists, and it will sometimes forge with the Good Luck Spirit to create a neutral balanced Spirit Of Luck that shoots forth from Earth into the Universe!

The consciousness and subconscious wishes of humans from around the world are drawn to the mystical waters of Lake Lucky which lies on the luckiest chakra of Goddess Gaia, The Soul Of Earth. The lake bed is teeming with gold coins that power the Leprechaun civilization. Many from people tossing them in to make a wish. Far beneath the lake are massive caverns stuffed with gold. This is where Leprechauns mine gold, and forge them into the luckiest coins on Earth. Each Leprechaun has his own pot of gold containing a 1000 coins. Every seven years a Leprechaun will toss his gold into the lake to be renewed with luck as he scoops out a new pot of enchanted lucky essence. He is pointed to the right spot by a rainbow forming. The little fella will often hide his sacred gold at the end of rainbows that shoot forth rays of good luck, act as a communications network, and allow a Leprechaun to travel about the plant on rays of pure loving light.

People can gain 3 wishes of luck by finding the pot of gold or gently capturing a Leprechaun. Naturally, the Leprechaun must

be released, and gold returned for the wishes to take place. Regrettably, Clurichauns look to steal the gold, and warp it into dark luck. Interestingly there is a third creature that is a being of balance with both good, and bad luck at its fingertips. Those beings are in essence the Elves of the leader of Halloween Queen Shala. Leuprichauns are Leprechaun-Clurichaun Hybrids. Their mission is to ensure that too much good, or bad luck doesn’t cause the chaos of imbalance in the forces of luck. Of course, nobody wants bad luck but in the grand scheme of things there must be a balance. Clearly, our reality isn’t a Paradise nor a complete Hell. The Omniverse God who directly created our reality wishes us corporeal beings to live a life in between the two extremes in order to play out the maximum mathematical probabilities.

Pages On Our Site Related To Saint Patrick’s Day 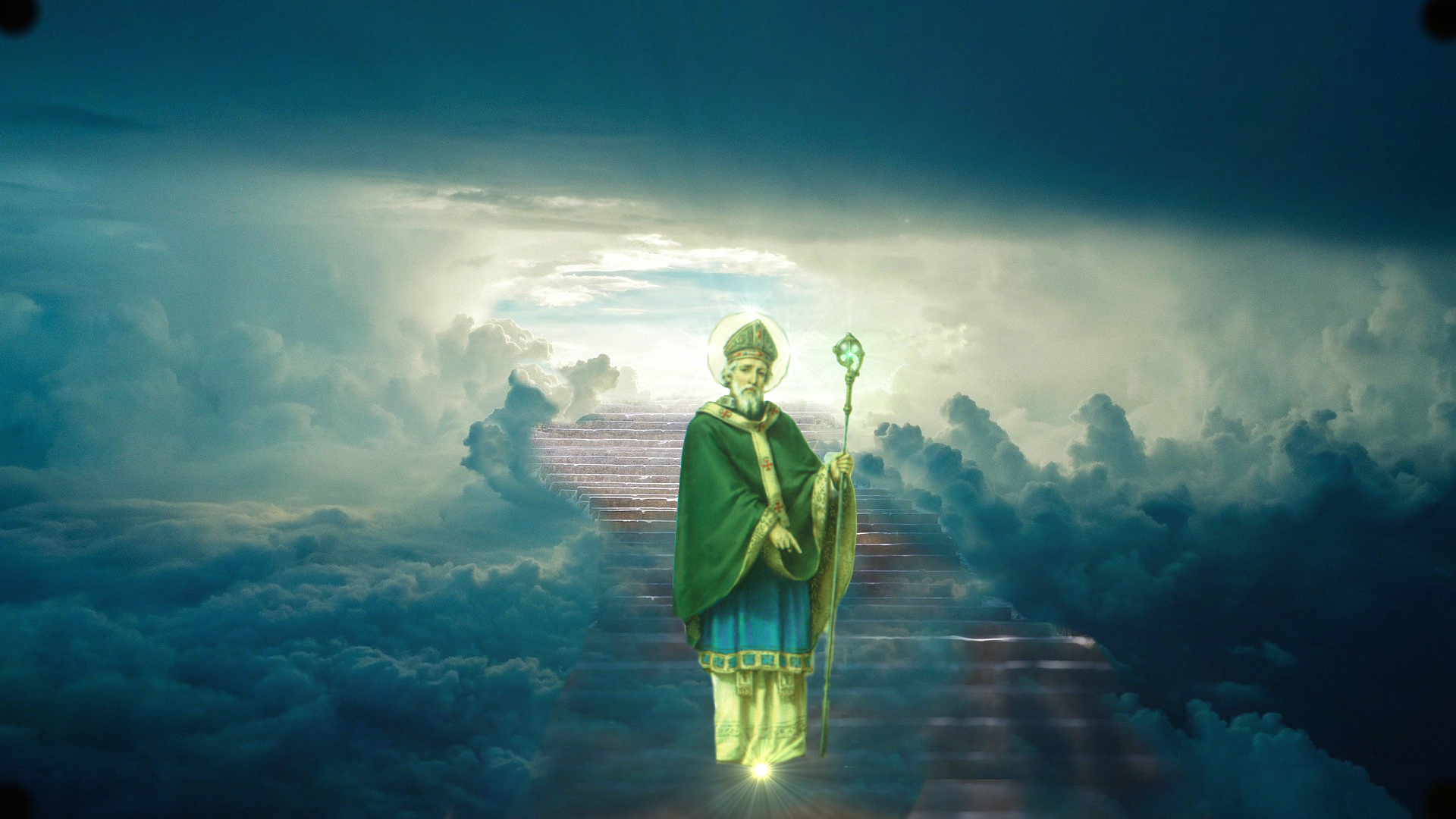