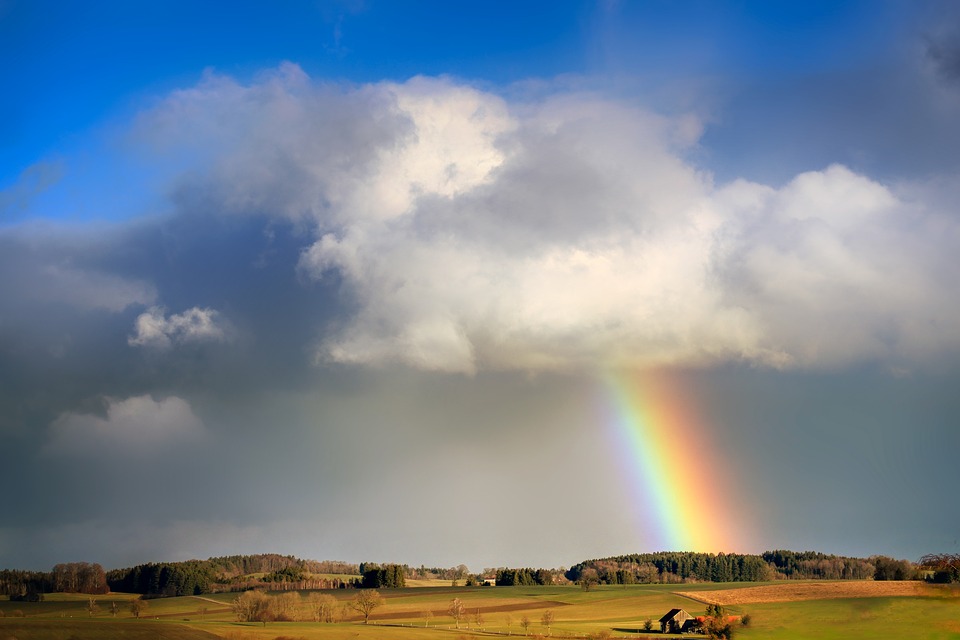 Top o’ the morning to you on this most lucky of Saint Patrick’s Days. Naturally, I started off the day with a bowl of Lucky Charms cereal drenched in green milk. I added the dye myself! After breakfast, we gathered around the Shamrock Tree. More or less it’s real shamrock and four leaf clover sewn together by fine Irish artisans. Atop lies a little Saint Patrick adorned in glittering green and gold attire. Beneath the tree of good fortune lies gifts of luck. I got a gold platted horseshoe! Then there was a gold coin in my green stocking hanging by the hearth. Of course, Saint Patrick, aka Santa Patrick, and his Leprechaun helpers delivered the gifts on Saint Patrick’s Eve! Santa Patrick delivers them in his glorious green sleigh pulled by seven flying unicorns. The lead unicorn is named Rory and he has a green glowing nose. Indeed Patrickmas is a magical time of year amid the lucktide! ?

Later I went for a stroll in a convenient nearby field of light and dark green clover as I sipped my scrumptious Shamrock Shake from McDonald’s. I spotted a four leaf clover on my last minty sip! In the distance, I saw Leprechauns dancing about as a rainbow formed in the skies and the gleam of glittering gold on the horizon. Some have suggested I was hallucinating from all the sugar ingested over the last 24 hours. This included at least 17 Shamrock Shakes! I suppose the gold aura could have been the sun and the Leprechauns were actually rabbits. Ah, who knows! It’s the thought that counts! 😮

Afterward, we attended the Saint Patty’s Day Parade full of fantastical floats dedicated to the Emerald Isle and all its mysteries! Near the end, I gazed in a tavern window to see drunken blokes drinking green beer and getting into fist fights while laughing heartily. Soon it was time to prepare for the Lucky Charm O’ Treaters. Little kids dressed as Leprechauns, Saint Patrick, or anything related to the season of luck. They go door to door begging for lucky charms or various treats such as round chocolates wrapped in golden foil made to resemble Leprechauns gold coins. My house is decorated in green and gold light with Leprechaun lawn gnomes ready for action! The giant green genetically engineered Potato Lanterns have been lit with great care ready to greet the greedy little Irishmen as we enter nightfall! Again I swear some of the kids were actually real Leprechauns but these days they make really intricate costumes. Also, a few might have been vertically challenged adults. ?

The evening ended with a delicious Saint Patrick’s Day dinner. It consisted of glowing green potato stew, mashed potatoes from the giant GMO potato lanterns, shamrock salad, mint dressing, and of course Shamrock Shakes and Mint Nog all around! Afterward, I passed out on the couch watching the Saint Patrick’s Classic “It’s A Lucky Leprechaun Life”. The story of the first Leprechaun who feels sorrow for his existence. He then witnesses a world without the existence of Leprechauns spreading luck at various moments in time. He is guided on his temporal journey by Patrick. A time-traveling hologram from the future only he can see and hear. The Leprechaun leaps from life to life striving to put right what once went wrong until he makes the lucky leap home. One wonders if some or all of this might have been the massive sugar intake or some inadvertent booze making its way into my beverages? Of course, there’s the fact I may be in a Parallel Universe? This could all be blamed on the Mandela Effect! Either way, we celebrate Saint Paddy’s Day differently here in Woodland Springs. A way prescribed by the holy Leprechaun King Lochlann. Happy Saint Patrick’s Day To All And To All A Lucky Night!