How To Manifest The Summoning Of A Leprechaun 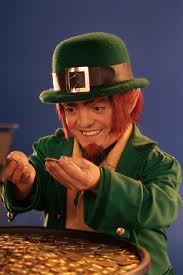 Oh Leprechaun Leprechaun I humbly call unto thee,
Ride the Irish rainbows of joy across the deep green sea,
Let the way be lit with the beacon of your Shillelagh,
In dire peril of bad luck I make this plea,
For a Clurichaun’s evil has struck at me,
In the name of Saint Patrick I beckon thee,
With Shamrocks laden about with glee,
Oh Leprechaun Leprechaun please appear at my knee!

A Shorter Version If Danger Is Imminent:

The short version isn’t guaranteed to work so only use it if a violent Clurichaun attack is in progress. Otherwise it is best to use the first summoning spell.  Feelings of terror help when using the shorter version.  Clearly this shouldn’t be an issue if a rage filled evil Leprechaun is upon you.  If you don’t have time to say the entire spell then recite as much as you can, and then scream “Please Help Me Lucky Leprechaun!”  The urgency of your cries may be heard across the deep green seas on the mystic shores of Ireland.  This spell may work in other situations.  However don’t expect the Leprechaun to physically manifest.  Instead he may only be there in spirit letting loose a bit of good luck to aid you in your particular plight. 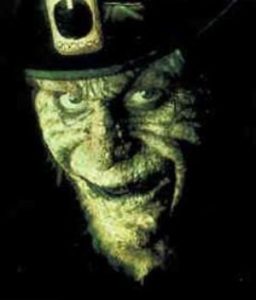 The long form call upon a Leprechaun spell will only work if a Clurichaun, aka evil Leprechaun, is near because the

Clurichaun acts as a conduit to the fairy world.  It can sometimes work if faced with other evil entities.  Especially Gnomes, and Goblins which are related to Clurichauns.  Simply replace the word “Clurichaun” in this case. If this spell otherwise works without any evil present then you will end up summoning an angry Leprechaun who will feel he’s been fooled.  Such actions can actually attract a Clurichaun to you later on in life.  The spell is most effective on St.Patrick’s Day since that is when Leprechauns are roaming about spreading good luck, and also looking for evil Leprechauns afoot.  Holding a real four leaf clover in your right hand, and having shamrocks laden about the floor around you with gleeful thoughts in your mind will guarantee the success of this spell.  If successful you should witness a rainbow arc appear from above landing near your left knee.  You will then witness a Leprechaun sliding down it with a jolly smile on his face.  Once he appears just direct him to the Clurichaun, and duck for cover as the battle of lucky magic ensues.  Once the Leprechaun has defeated the Dark Leprechaun he will ask you to do one good deed as thanks.  We urge you to comply as it will neutralize any bad luck you’ve already received from the Clurichaun, and it’s always a sound move to have a Leprechaun look upon you with approval!  May the luck of the Irish be with you! 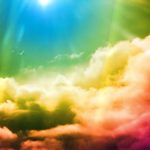 In addition the spell has a toe hold into Enochian magic by calling upon the Angel Saint Patrick.  However it remains Celtic since the Enochian language is not used, and Saint Patrick has chosen to to cross religious lines as it were by embracing the Leprechaun people, and accepting the position as their Saint in addition to that of patron Saint of Ireland.