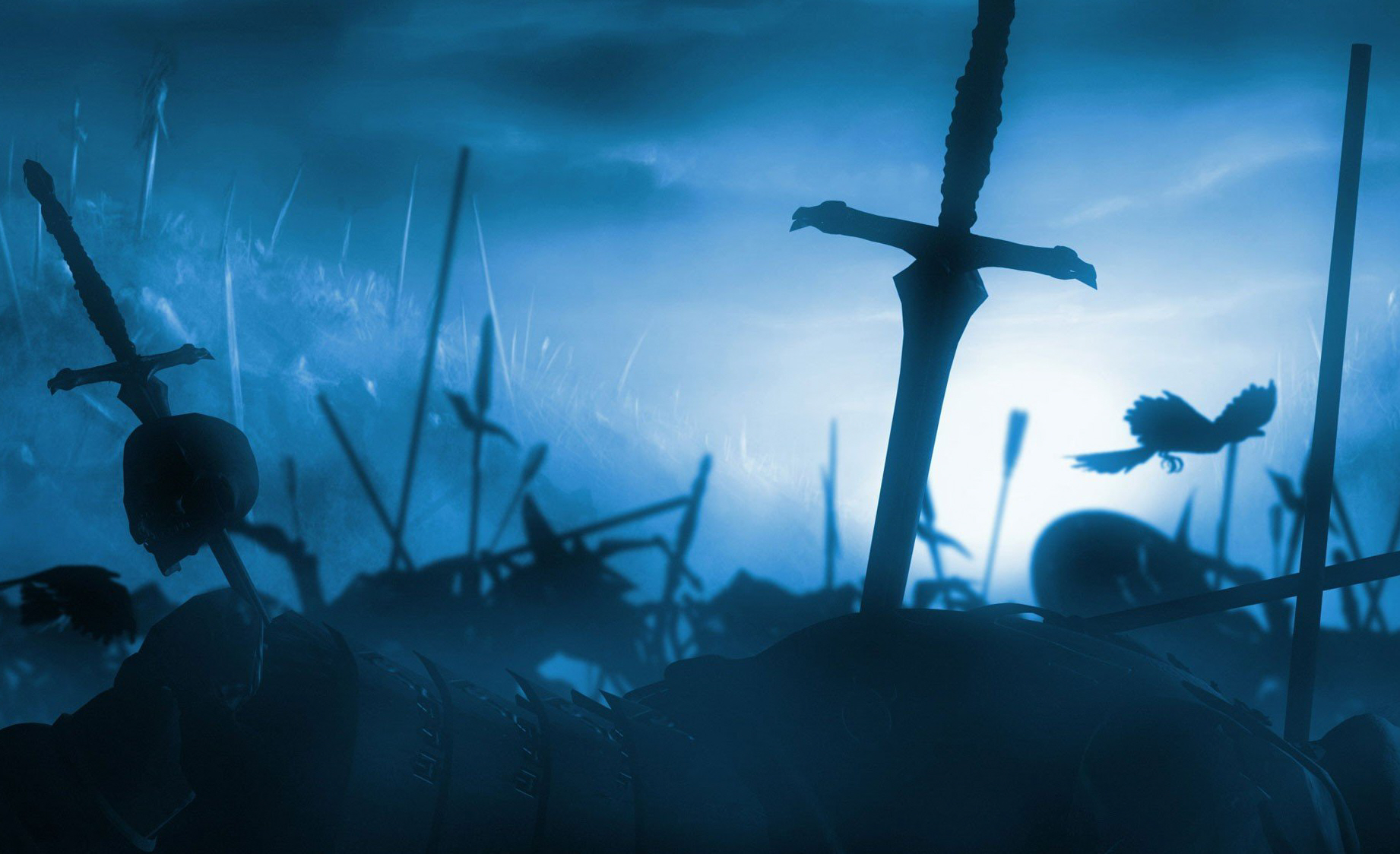 Armageddon is the war to end all wars.  The war to decide what supernatural entities will lay claim to Earth, and humanity for that matter.  See our Paranormal Question & Answer Blog to see a broader explanation of what is along with who will battle for ultimate power.

The Battles In The War Of Armageddon
There will be many secret supernatural battles in The War Of Armageddon before major battle break out including the armed nations of the Earth.  Some say there could literally be hundreds of battles in the greater war. These could even result in various global Apocalypses! The following is a record of all the battles that have taken place. Victors in red indicate a win for the forces of evil while one in green indicates victory via the forces of good:

The First Battle Of Armageddon

Battle Description: The Devil was ousted from Hell but Dimitri Diablo, an evil Sorcerer, took his place.  Queen Of Halloween Shala was spared.  Santa Claus, a Demi-Angel, was badly injured.  Anti-Claus destroyed? Read More About The First Battle…

The Second Battle Of Armageddon

Battle Description: Siberian Camp Of The Gods Decimated By The Devil! The Devil may be confined to Earth for now but he’s utilizing his stay to strengthen his ground forces of evil.  Earthly Gods take an embarrassing hit to their training camp with a multitude of casualties. Read More About The Second Battle…

The Third Battle Of Armageddon

Battle Description: Zeus sought revenge for the loss of his Demigod Camp in the Second Battle Of Armageddon at the hands of the Devil, his demonic minions, and Slenderman. Slenderman’s parallel dimensional elements and mystical tie to Goddess Gaia’s spirit that imprisons him on Earth prevents even Zeus from getting to him. Local Nymphs and Fairies alerted Zeus that the Devil was in the Heart of The Mystical Forest that contains unique paranormal powers linked to Mother Earth Goddess Gaia. The Devil had an ancient tablet with him that he recently unearthed in the Middle East. He was there with his baby Anti-Christ son who was providing some unique element as he recited a spell in an unknown language written on the supposed holy stone. Zeus and a garrison of Gods and Goddesses surprised the diabolical duo before they could complete their dark ritual.

The Devil quickly teleported his son to safety as Zeus tackled him. It appeared the Devil was alone until a troop of demons appeared and attacked the Godly garrison. As Zeus and Satan tussled about the ground, Zeus shot a lightning bolt into the tablet. It crumbled as a kaleidoscope of lights appeared everywhere. Goddess Gaia, thought to be locked away dormant in her own sub-conscious for unknown reasons, was released and appeared in white angelic garb. Mystic Investigations showed up as that happened since a local Fairy informed our very own Demi-Mermaid Witch Rebecca Abernathy that the Battle was going down in our own backyard!

The Gods were losing so we aided them while a few of us collected pieces of the tablet and fled away with it. The Goddess Gaia stood there staring confused and did not interfere as per her non-intervention orders from the Omniverse Lord. King Of Hell Dimitri Diablo, and nemesis of the Devil, appeared with his own loyal demons who actually aided the Gods. A sort of enemy of my enemy is my friend thing I guess! That’s when Mystic Investigations backed away to deal with several zombies of humans and animals rising from the grounds of the forest. They were headed for town so we dealt with that threat. It’s thought the immense supernatural energy release, coupled with the Super Blood Moon, reanimated every shred of dead matter in a mile radius! There were also the horrifying Werewolves of the Blood Moon attracted to the demons flocking from miles around so we had to fight through them as well!

The Devil was about to Kill Zeus when Diablo entered the fray directly. The wounded Zeus was taken away by Fairy Medics and ended up healing completely later on. As the Emperor and King Of Hell Fought via fists, kicks, and magical energy assaults Goddess Gaia began closing the Heart Of The Mystical Forest. However, the battle crashed into it causing a giant explosion. Gaia’s astral body merged into her physical body that is the planet itself. Diablo teleported away in the nick of time and the Devil’s body exploded! His pure demon form returned to Hell to personally lead the raging Civil War against Diablo. The Devil’s Earthly body was made from the Anti-Claus’s form in 2013. Once the Devil’s body was destroyed and combined with some odd interaction with the energy of the Heart he reappeared from a long stay with Ice Demons in Purgatory.

The Anti-Claus gazed about confused and weak as he muttered,”Ah yes Merry Dark Christmas you bastards!” He then absorbed healing energy from the Heart before it closed and sped away at super speed! The Battle between demons and gods raged on for hours until first light. In the end the Gods won as several Nymphs, Fairies, Elves, and other nature deities swarmed in from as far as two states away! Mystic Investigation successfully protected Woodland Springs from the living dead until the holy light of dawn repelled the supernatural scourge!

Unfortunately in 2018 we learned that the Civil War in Hell ended in a stalemate and there is a truce between Diablo and the Devil. Now the Demons of Hell are united in their quest to damn the Earth to eternal darkness! Read A More Detailed Report Of The Third Battle…

The Fourth Battle Of Armageddon

Potential battle could take place on August 21, 2017 of the Great American Solar Eclipse.  Somewhere in the continental United States along the solar eclipse path…Update…A full scale battle never happened but there was apparently a small supernatural skirmish in which the Devil set forth his child son the Anti-Christ to take on some nature deities as a test of his growing power. Apparently the little Devil defeated the Nymphs and Fairies along with three Elves!  It now looks like the Fourth Battle may happen in a zone where total solar eclipses cross paths on a map. Possibly the April 8th, 2024 eclipse. So the southern tip of Illinois could be the location of an Armageddon battle! More Information… 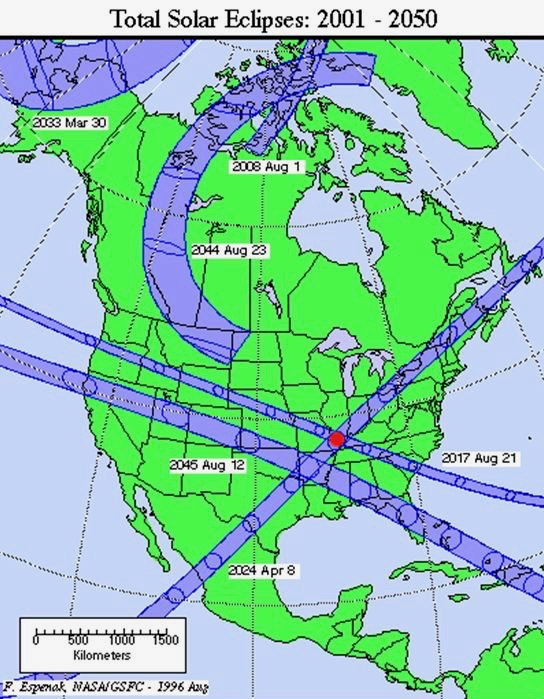 Note: Some consider The Fourth Battle Of McTavish Magic School as being a Pre-Battle Of Armageddon due to the heavy weigh power players.

Articles About Or Relating To Armageddon On Our Website

Also See: Paintings of Life After The Apocalypse