The Devil’s Army Strikes A Blow Against The Earthly Gods! 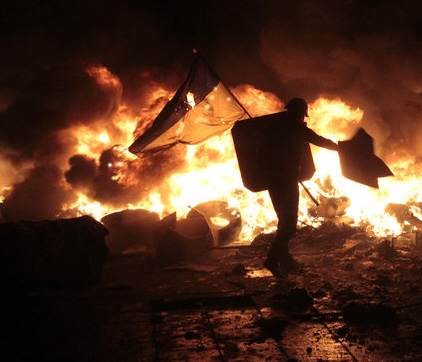 When it comes to Armageddon it’s estimated that the Earthly Gods and Goddesses have the greatest number of physical foot soldiers on the ground. That being in the form of Demigods, and Demigoddesses which are the result of the Gods descending from their higher dimensional existence to father offspring. Certainly they don’t have the same Angelic interference as Demons do which is why most of their foot soldier’s are deeply possessed humans, vampires, and other demonic based supernatural creatures.  It seems the Devil, currently trapped on Earth in a biological form, decided to take a hands on approach to waging war on the Gods who he sees as enemies equal to the Angels.  Even he has not been able to locate the Demigod training camps around the world due to powerful anti-demonic cloaking spells powered by literally thousands of Gods.  However, a recent alliance between the notoriously malevolent Slender Man, and Satan, that resulted in the failed coup of Christmas 2013, has finally yielded a win for the Demons.

The Slender Man is an extremely unique being from another dimension exiled here by his own people.  Slender has lived here for countless centuries trapped in this Earthly prison with nothing to do but torment, and murder humans for fun.   Slender has always been the ultimate loner who never even utters a word due to having no mouth.  Although he speaks telepathically.  It’s unknown why he formed an alliance with the Devil who is notoriously charismatic and convincing in his arguments.  Perhaps the Slender Man sees the demons as a possible tool to escape our planet he is mystically tied to.  Unfortunately for the Gods Slender was able to locate, and infiltrate one of top training camps on Earth located in a valley within the desolate region of Russian Siberia.  Despite its location Camp Semideum was supernaturally a lush sub-tropical paradise.  Camp Semideum was one of the few interfaith cooperation camps sponsored by the largest Earthly God alliance presided over by the Greek God Zeus.  Demigods learning to hone their skills there included Greek, Roman, Egyptian, Celtic, and many others.

At the stroke of Midnight on February 21, 2014 the Devil himself crashed the first annual International Paranormal Investigators Conference which was holding a special late night session on its final day in Paris, France.  He announced,  despite Hell being currently ruled by the Sorcerer Dimitri Diablo, he still had many allies there along with just about every Demon on Earth still worshiping him.  He boasted how he had just personally led a Platoon of demons, and warlocks into the camp for a surprise attack at a key moment after the Slender Man weakened the minds of many Demigods there.  The entire encampment was destroyed with great injury, and loss of life that included not only Demigods of varying percentages but also other mythical creatures along with practitioners of magic dedicated to the Gods cause.  It’s also reported that two unknown Gods, and a Goddesses were present in physical form but they appeared to be no match for the Arch-Demon Devil even in his weakened human like form.  One God was eradicated while the other God, and Goddess managed to escape with an unknown number of survivors.

The camp was engulfed in unholy flames as the Devil strolled away laughing maniacally with his troops in tow while commenting that this was far more fun than causing the Denver Broncos to lose the Super Bowl.  Demon causalities, and injuries weren’t as steep as the Demigods who fought valiantly against the forces of darkness. The Slender Man was seen teleporting away in the distance amid the Hell fires.  Camp Semideum is no more, and Olympian Priests have said Zeus is extremely angered by this unprovoked attack of cowardice.  He has challenged the Devil to a duel to the death.  It’s unknown if the Devil has responded to the challenge.  Zeus has also placed a bounty on The Slender Man’s head stating that, “This unholy freak of nature has hidden throughout the centuries like a snake in the grasses of Greece.  Now it’s time to put the abomination to rest at the foot of Olympus for the sake of humankind, and their benevolent Gods of protection.” Various other priests, mystics, physics, and seers have conveyed the outrage of all the Gods over this heinous act.

We first learned of this tragedy when the Devil forced everyone at the Paranormal Investigators Conference to view the disgusting video of the massacre on a Jumbotron.  All exits were mystically sealed.  Some at the conference, including a few Demigods present, attempted to attack the Devil but he swatted them away with a demonic telekinetic power.  Mystic Investigations very own Drake Alexander, a 5th generation vampire, charged the Devil in a rage getting a punch in but he was thrown through a brick wall.  The Devil scoffed,”Drake my child this hurts me more than it hurts you for my blood runs through your veins!”  Naturally, the rest of our team followed in kind with Rebecca Abernathy, a Demi-mermaid white witch, leading the way in vain as nobody was a match for the Archdemon.  However, Mystic Investigations President Xavier Remington, wielding a mystical sword discovered in 2012, was able to spill the Devils blood.  The Devil then bellowed forth,”You made me bleed my own blood on myself silly human!”  He telekinetically tossed Xavier aside as he continued his crazy cackling while attempting to pick the sword up.  Unfortunately for him it caused his hand to burn with a black steam rising.   Before disappearing in a burst of red fireworks, and black smoke he yelled,”Ah yes my misguided children I forgive your transgressions against me. You will all be bowing before me, and my future son, as your Dark Lords before the bloodiest of the Blood Moons of the coming Tetrad!”  Thankfully nobody was seriously injured.  The conference continued despite some being seriously shaken by the Satanic pretense.  The lucky ones in the lower echelon of the paranormal community who don’t really believe in the full spectrum of supernatural beings just thought the entire thing was some special effects theatrical event.

Our hearts and prayers go out to those who lost their lives, and loved ones in this most tragic of battles which is now being classified as the Second Battle Of Armageddon.  The first battle took place in Kazakhstan on Halloween 2013.  It’s prophesied there will be countless battles in the greater war of Armageddon that will see a final showdown between the various factions of good, and evil including Angels, Demons, Jinn, Gods, and much more!