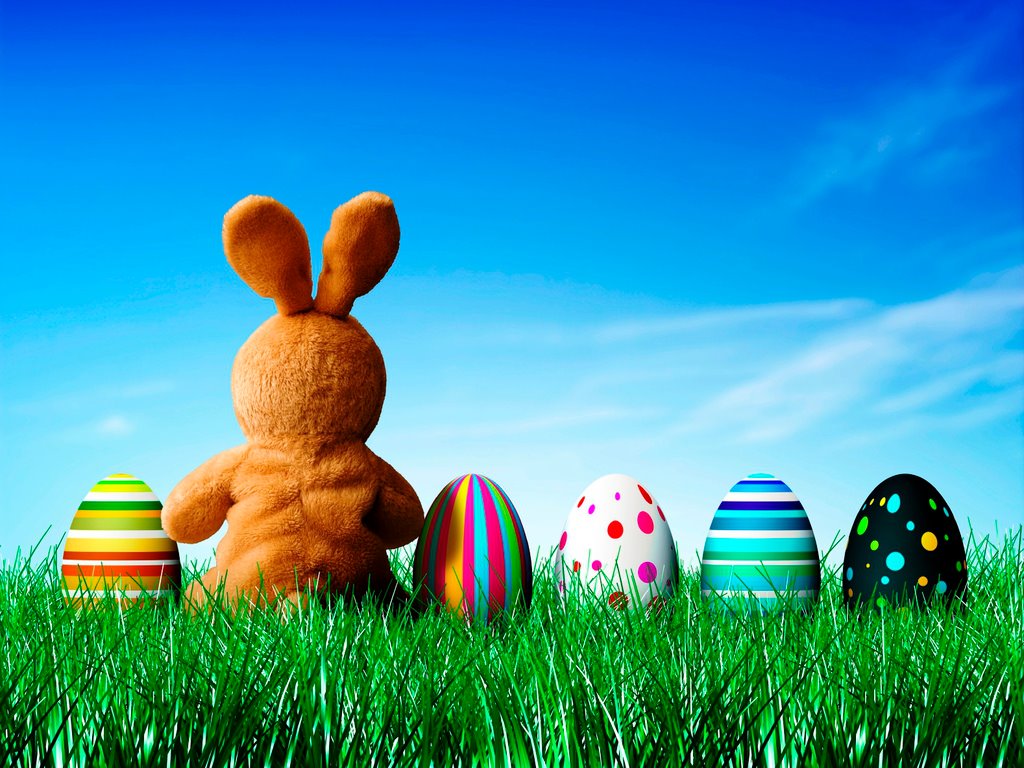 The sensational supernatural story of Easter begins with the Demigod Jesus Christ. It is a celebration of his resurrection after being crucified by the Romans in about 30 AD. As the son of the Omniverse God, he possessed Omnikinetic powers or the full range of psychokinetic powers available in this particular reality. However, they were watered down somewhat as he chose to be born in biological form to experience what it was to live as a human. Despite this, he still should have had no issue overpowering the Romans when they captured him. Certainly, the secret supernatural record shows that the Demigod Christ actively battled the forces of darkness by night while preaching the word of God by day. There is evidence he was a prolific exorcist of demons and slayer of vampires! In reality, he didn’t choose to die for humankind’s sins as that makes no sense. So-called sin is a subjective natural state of any given culture among the wide expanses of Parallel Universes, Multiverses, and beyond! Even good and evil appear to meld into a balanced intertwined state at the Macroverse level of reality. An extensive set of experiences and knowledge necessary for humankind’s eventual ascension to Angelhood and eventually Godhood. It is most humans destiny to become Omniverse Gods in the grander Macroverse. Therefore, the Omniverse Lord sees us as future equals and any moral judgment levied against us merely slows our ascension to said higher planes of existence in Heaven and beyond!

That being said ancient evidence indicates an unknown individual from outside the Omniverse colluded with the Romans. Plausibly a rival Omniverse God who managed to stealthy enter another of his own kind in order to humiliate God’s son. The filthy fiend was able to dampen Jesus’s powers so he could not fight off the Romans. Although unexpected the Omniverse Lord allowed it to happen so his son would know true human suffering in order to be worthy of Omniversal rule someday. He also didn’t want too many people realizing that someone had infiltrated his mind aka the Omniverse itself. Archangel attempts to capture the perpetrator failed! Before Jesus faced the hellish horror of the crucifixion there are ancient witnesses that claim a 6 foot tall anthropomorphic humanoid rabbit suddenly appeared out of a bright flash of light from a hole in the ground. Presumably a temporal portal from the future. He forcibly shot colored eggs at the Roman soldiers in an attempt to free Jesus. Both Jesus and the Roman were shocked by this disturbing sight. However, the Omniverse invader shot the rabbit with a beam of white light and he immediately reverted to normal rabbit form before wildly hopping away. This rabbit was later seen at the crucifixion and was seen sneaking into Jesus Christ’s tomb. Three days later Jesus self-resurrected when his Omnikinetic powers healed on their own. Apparently, the rabbit was lying on him and this gave the furry fella resurrection powers as well. Jesus was even spotted carrying the rabbit out of the tomb before rising forth to Heaven. The rabbit was none other than the Easter Bunny on a mission to save Jesus. It seems the time travel was granted as a wish from the Spring Goddess of Ostara imploring Goddess Gaia.

Born in 639 AD as simply Egbert, the future Saint, Easter Bunny, and Leader of Easter was a Christian monk in England. He channeled the power of God to battle the forces of darkness for his entire 90 years of life. He was responsible for finally establishing Easter as a strong hallowed holiday that could be used to marshal metaphysical energies in the fight against paranormal darkness. Like other Saints who eventually become holiday leaders, he saw past silly Pagan labels and communed with nature deities including the Spring Goddess Ostara. This only added to his repertoire of powers! One day he met his match as he came up against the Anti-Claus, Santa Claus’s evil twin brother, and his coven of dark witches. It seems he has meddled in their nefarious plans one too many times and for that, he would pay dearly. As Egbert had friends in high places he could not be killed. Instead, the Dark Claus and his witches deeply cursed him to be a rabbit that could be eradicated. They cackled with diabolical glee as he hopped away. They were certain he’d be eaten by wolves! 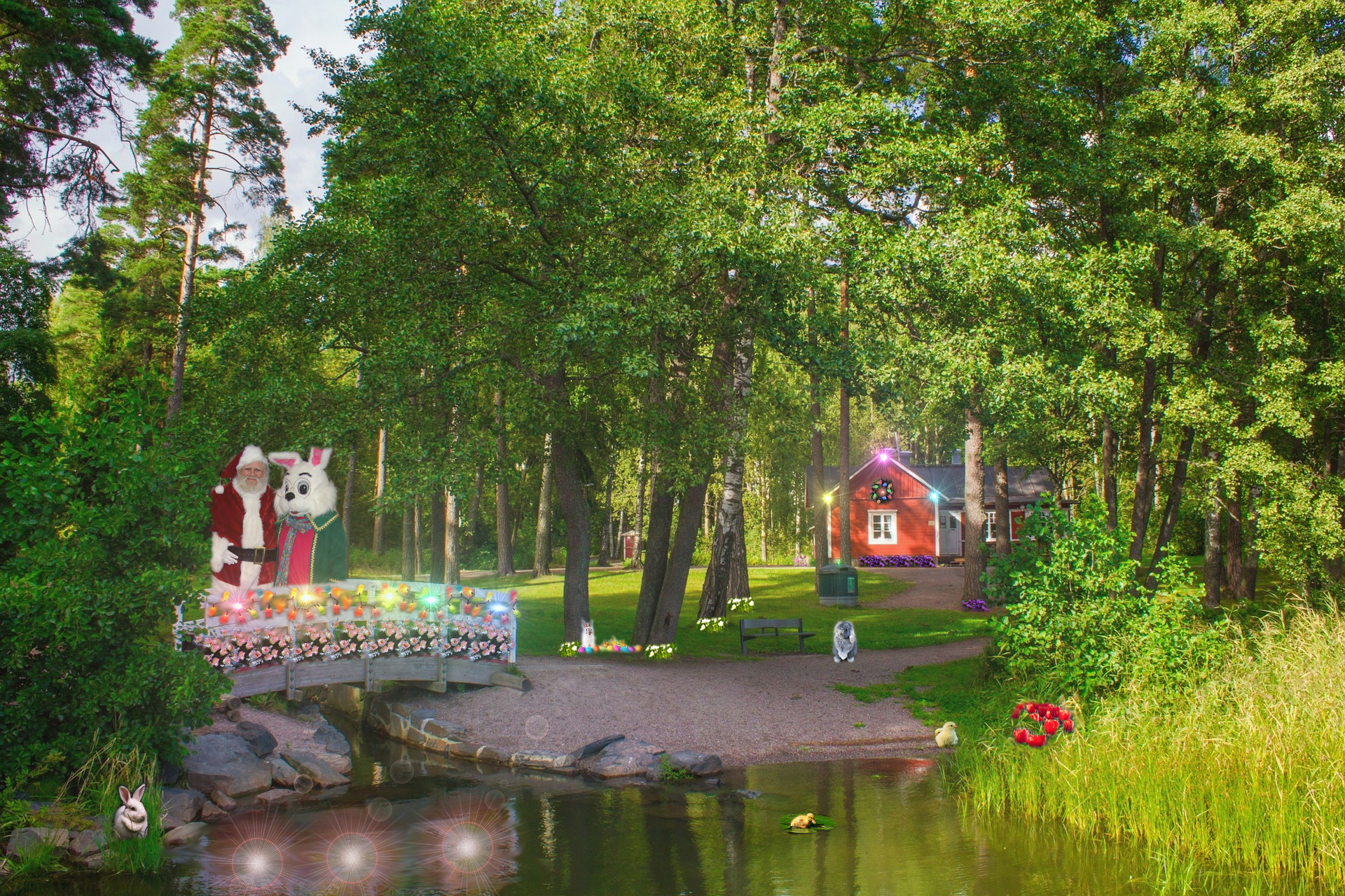 The Easter Bunny And Santa Claus at the hidden Easter Village in Germany.

As a common rabbit Egbert was helpless to access his magical abilities. However, the Goddess Ostara has faunapathic powers and was able to communicate with Ebert and protect him. She contacted Santa Claus and together they attempted to reverse the curse but it was beyond powerful. Unfortunately, the power of the Curse is a fundamental ability everyone possesses to some level. Raw magic forged from the iron will of sapient minds! In this case, we have the Demi-Demon Claus, 13 ultra-powerful dark witches, and the Devil they worship creating one hell of a curse! Santa, a powerful Demi-Angel, even asked the Archangels of Heaven to help a loyal holy servant. They chose to continue their usual non-intervention policy to allow various scenarios to play out in the grander scheme of things. Santa broke out the Enochian Angel magic with some good witches. Ostara called upon Goddess Gaia Mother Earth and together they managed to turn Egbert into the world’s first and only Werehare. From that moment on he was known as Eggbert. He could transform at will to various bunny forms that included the 6-foot tall humanoid rabbit form. However certain mystical circumstances could force transformations. Only the Spirit Of Christmas allows the Easter Bunny to become a human again for 24 hours on Christmas Day. Within the magical mix, he was also granted immortality. The Easter Bunny had the option to just simply die and go to Heaven. Thankfully, he chose to fight the eternal fight against evil and eventually lead Easter once he became a Saint. He then found out he could be human for another day due to his Sainthood status. That day is April 24th as that was his official day of human death in 729. Of course later he time-traveled back to save Jesus but finally realized his fate was destiny.

The Spirit Of Easter
Just like The Spirit Of Christmas, The Spirit Of Easter is a non-sentient entity culled from the human collective consciousness that sends forth enchanted energies bringing peace and joy to all who are open to it. The power of Easter is marshaled from the magical innocence of children energized with excitement over the Easter celebrations of coloring eggs, hunting them down, and getting candy treats. This magic is channeled through the Easter Bunny and his Egg Crystal. Somewhat like the Christmas Crystal. His power base is the enchanted Easter Village known as Easterville hidden in the Black Forest of Germany. He employs various mystical baby chicks and bunnies in his Easter quest. The village has direct access to Mother Earth’s Paradise Plane.

On Easter Eve into the dark hours of Easter morning, the Bunny along with his chicks and bunnies hop into mystical bunny holes that are like wormholes to places all over the planet. It allows him to travel anywhere on Earth in a flash! It’s said these bunny holes are courtesy of Mother Earth. This is how they are able to hide their colored eggs and treats for little boys and girls to find. His colored eggs are often hollow and contain candy or small toy gifts within. A rare few even contain powers! This along with parents hiding their own eggs and encouraging Easter festivities bolsters the Easter Spirit around the world! Another service the Easter Bunny performs in the resurrection of one lucky person. Generally, someone in the secret supernatural community who died while battling the forces of paranormal darkness. Happy Easter To All And To All An Eggy Night!

Miscellaneous Easter Bunny Data: For reasons unknown the holy Easter Bunny has a weakness to Thorium. Especially when blessed unholy by a dark priest.