Despite what you may have read, our supernatural research has uncovered secret ancient Irish Celtic texts. They indicate that the Celtic Irish Goddess Brigid and the Christian Saint Brigid, an Irish Nun who ascended to Angelhood after her death, are in fact the same person. In addition, various high-level Wicca Priestesses, Witches, and psychics have verified this data and offered their unique information as well. It’s no coincidence that these supposedly two distinct women have their respective holidays of Imbolc (Celtic Spring), and Saint Brigid’s Day on February 1st. How can this be you say? We know that God, aka the God of our Omniverse (vast consciousness collection of Multiverses made up of Parallel Universes), did not have a hand in creating the world’s religions including Christianity. They are human-created from faith. However, the Demigod Jesus Christ, Angels, and Heaven do exist. In fact, most Angels are deceased humans since all good humans ascend to Angelhood, and eventually Godhood in the higher dimensions to start their own Omniverses. 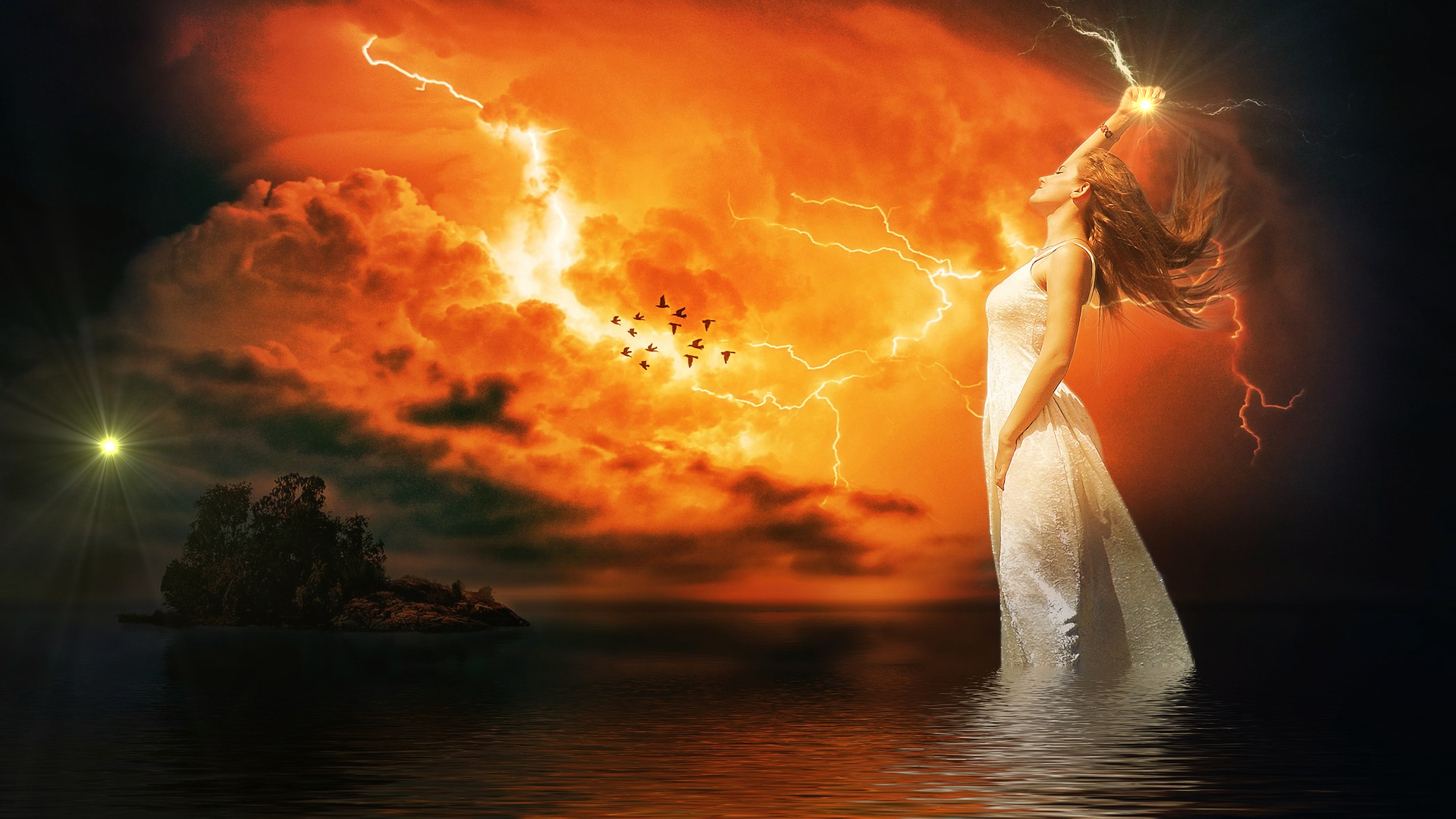 Brigid, like all of us, was first born into Heaven as an Angelic soul. We describe it as an ascension to Angelhood after death because it’s easier to explain that way. Since Heaven exists outside of time it’s hard to say what came first. Our biological lives in the Parallel Universes or our Angel self in Heaven where we’re born with all those memories from day one. Brigid was first an Angel but also first a human depending on your viewpoint. For this article, we’ll say she was first a human born in 451 AD within this particular reality before she ascended to Angelhood upon her death in 525 AD at the age of 74. She was later elevated to Sainthood by the Christian religious establishment in several Parallel Universes. A Human appointed title accepted by the Heavenly Powers That Be in an almost democratic way. This Sainthood was a result of Brigid leading the holy life of a Nun dedicated to charity and chastity. Within her lifetime she performed various miracles that may have come from an ability to access the enchanted energy of her soul ripe with Godly Saint power.

Not long after achieving Heavenly Sainthood, the Angel Brigid joined a minor Heavenly disagreement, not related to the evil Lucifer rebellion that created the first demons. She and some other Angels chose to leave Heaven for various reasons. Most were human origin Angels like Brigid but a handful were regular Angels of God. They were allowed to go by Archangels without being cast down as Fallen Angels who normally descend into Demonhood. They were forgiven and allowed to return anytime they so choose. Ultimately it was probably the Omniverse God who ordered the Archangels to be so reasonable as they are usually very rigid on these matters. Most likely this was a scenario God wanted to see played out in the grand order of things.

The Varying Variety Of Nature Deities 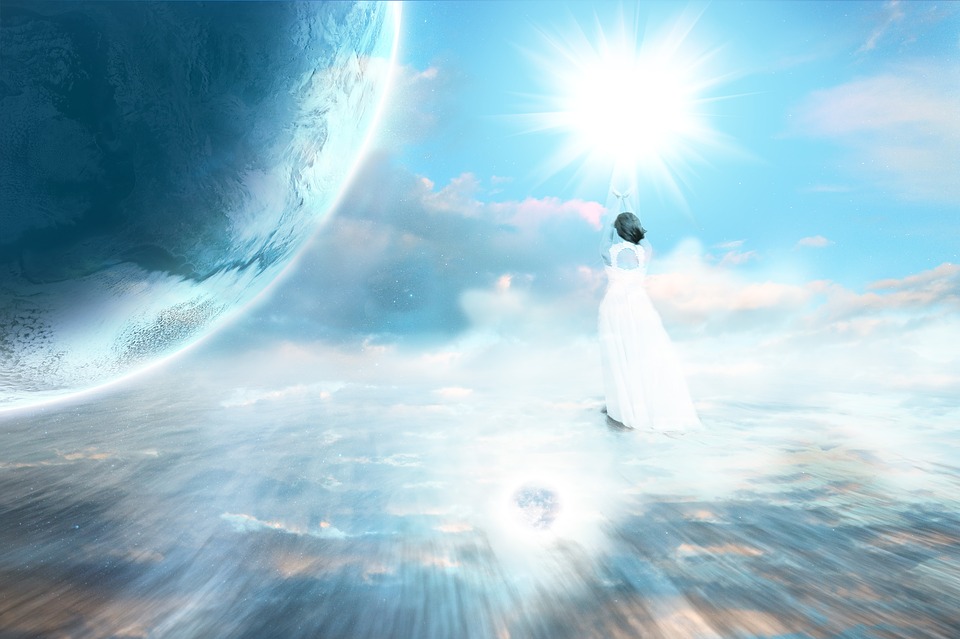 Some of the Angels that left with Brigid became Gods, and Goddesses of ancient human civilizations simultaneously in a multitude of parallel realities. This included Brigid herself. When leaving a higher dimension one can end up at any time in history. It was destiny that Brigid ended up in the ancient past well before her human birth. The Earthly Gods of humankind were mostly compromised of spontaneous spiritual personifications of nature courtesy of the Goddess Gaia Mother Earth life force. These nature deities were also created out of thin air Tulpa style by the collective human consciousness willing them into existence. Of course, there were also metaphysical mating unions between Gods to perpetuate more of their higher dimensional kind. To a lesser degree, they were also comprised of angels, other higher dimensional beings, inter-dimensional beings, and aliens. Even rarer are humans who practiced such extraordinary magic that they were able to self-ascend to Godhood status. They are joined by the few time travelers from the distant future who utilized technology in the same way aliens did in order to act as an Earthly God.

The Celtic Irish holiday of Imbolc falls on February 1st and marked the start of Spring for ancient people eager to exit the dark cold of winter. For most of us, Imbolc is merely the halfway point between winter and spring. When the Angel Saint Brigid left Heaven she became the Irish Goddess of Early Spring, and the Queen of some Irish Gods along with poetry, smithing, medicine, and various aspects of nature. She metaphysically married a true nature deity named Bres who was the King of a central faction of Irish Gods. With him, she had a God-Angel Hybrid named Ruadán who was brutally slain in battle with a rival faction of Gods. Legend has it this tragedy led to her being the first Earthly entity to partake of Keening, a combination of weeping, and singing. Thankfully, later on, she was able to later resurrect Ruadán within her own Heavenly realm via communing with the holy Omniverse Lord. Someday she plans on returning into the mainstream Heaven fold and continuing the natural higher-dimensional ascension process that will lead her into Omniversal Godhood.

Brigid is currently classified as a rare Goddess Angel Saint with extraordinary power! Brigid bridges the gap between supposed Pagan and Christian beliefs while bringing humankind together in peace and harmony. Those involved in Witchcraft still call upon her as a Goddess for power which she gladly grants to the faithful. Christians revere her as a Saint who they pray to for protection and guidance. Some call upon her for power as an Angel within the holy craft of Enochian Magic.  It’s also said she is second in command of Saint Patrick’s Day with Saint Patrick at the helm of course. Patrick is considered Emperor of the Leprechauns while Brigid is considered the Empress. They are two of the Patron Saints of Ireland along with Saint Columba. Together the three Saints form a holy triumvirate that has a huge hand in making Ireland the luckiest place on Earth!😇

🍀Related Link: The Holy Wells Of Saint Brigid In Ireland