Areas Of Expertise: Cryptozoology, Zombology (Zombies), and other paranormal creatures. Biology and botany including Cryptobotany. Ashley received her Doctorate in Cryptozoology along with her Masters in Necrology and Zombology at UHU. Underground Harvard University which is a shadow college of the infamous Harvard University of Cambridge, MA. The secret paranormal university is located below the buildings of Harvard in sub-basements connected through secret tunnels. She also attended mainstream biology and medical classes above ground. When the Mystic Investigations Team is out in the field fighting the forces of darkness she acts as our Medic when anyone gets injured.

Work Location: Ashley spends a great deal of time in her basement level research laboratory with stairs and elevator going directly to the sub-basement that has various containment units for supernatural creatures. A good chunk of her day could also be spent out in the field observing and collecting Cryptids. As Manager of the Cryptozoology Department she has an office on the 2nd floor with the other Executives. However, she rarely uses it. She works mostly with her lab assistant.

Physical Description: Ashley is 5′ 4″ and of a mostly average appearance.  Her eyes that appear light blue but if you get close enough you can see their a subtle gray. When activating her zombie side they turn undeniably gray to an inhuman degree! Even going to silver when completely losing it! Then they reflect sunlight in a creepy manner. Her hair is naturally gray but she dyes it brown. It reverts back to its gray color within a few weeks so she sometimes just lets it remain gray until she has somewhere important to go. When she gets all Walking Dead it will begin to turn gray within minutes.

Powers: Slightly enhanced superhuman strength, speed, senses, and agility. The strength and her sense of smell are the most apparent. If she indulged in her zombie side and went cannibal these would be greatly increased along with wound healing. Any injuries tend to mend far slower than an average person. Ashley has the serious ability to play dead. She can lie completely still and not respond to any external stimuli while remaining aware of her surroundings. She can halt her heart muscle and breathing in her lungs for short periods of time. Any competent Doctor would consider her clinically dead.

She feels perfectly refreshed with 3 hours of sleep but may go days without. Due to the rarity of her Demi-Zombie kind there’s some question as to how she will live and how her life will end. She has been killed and always Self-Resurrects! This points to a chance of being Immortal since Zombie’s technically could be if only they didn’t rot. However, she still ages and fears her golden years will find her turning full Zombie while rotting to death! They key is how long can her brain survive as that dictates death in Zombies.

Biography: Ashley became exposed to the world of the paranormal even before she was born. Her father Randall Abercrombie worked the graveyard shift at the local cemetery. One fateful night while digging fresh graves a powerful Warlock was nearby unaware of his presence. The nefarious magician was reciting sinister incantations in an effort to transform some of the fresher corpses into a zombie army. The wayward Warlock was successful and zombies began to rise from their graves around Randall. He was beyond shocked as he spotted a horrific decaying figure clawing his way out of the ground nearby. So shocked in fact that he didn’t notice the already risen zombie right behind him. The mindless zombie bit Randall on the shoulder which caused him to run screaming into the cold dark night. He tripped on a tree trunk and fell down a ravine hitting his head on a rock.

He awoke with partial amnesia and could not remember anything that happened during the night. A police officer found him wandering on the side of the road and took him to the emergency room where he was treated for his head wound and a mysterious bite on his shoulder. His wife Susan Abercrombie picked him up and they went home. As they made love at the crack of dawn neither was aware that Randall was infected by the supernatural zombie virus which had fully infected and altered his DNA. Susan became impregnated with this DNA and as they both slept Randall died next to her yet remained alive at the same time for he was now unknowingly a member of the living dead.

Randalls heart had stopped beating, his lungs halted drawing in air and his cells were slowly decaying. He returned to the hospital when his head wound showed no signs of healing what so ever. The Doctors were stumped but Randall returned later looking literally dead with signs of decay on his skin. His intelligence, cognizance, and motor skills were seriously impaired as well. He was admitted to the hospital and diagnosed with Necrotizing fasciitis aka flesh eating disease. Although this case was a mystery since no flesh eating bacteria could be found anywhere in or on his body. The CDC was eventually called in and they quarantined Randall in the basement of the hospital as he started to go on a rabid rampage biting a nurse. The CDC computer record of the disease triggered an alert to a top secret black ops division of the US Department Of Defense that deals with paranormal activity known as the PDA (US Paranormal Defense Agency).

They knew Randall was a zombie and quietly kidnapped him in the middle of the night. The nurse he bit disappeared as well. The PDA’s black unmarked van sped away with him and he was locked down securely at a top secret underground government facility somewhere near Washington DC. Rumor suggests that President Ronald Reagan actually observed Randall in his violent zombie state within a reinforced bullet proof glass cell. Susan never saw her husband ever again and had no idea what happened to him. Ashley was born a seemingly healthy normal child. No one knew of her half-zombie DNA. It is said that the PDA secretly observed the Abercrombie Family for one year to look for signs of the supernatural. Despite giving birth to a Demi-Zombie, Susan Abercrombie didn’t suffer an ill effects.

As a child there were a number of times Ashley’s heart stopped but she didn’t die. It scared her at first but later she learned to control it and fake being dead. Her mother had heard rumors from her constant investigations into what happened to her husband. She also heard talk about a zombie uprising at the local graveyard. Ashley eventually became a Cryptozoologist for this reason and tested her own DNA to verify there was in fact zombie traits. Somehow the zombie virus was stabilized as she grew in her mother’s womb. To this day she still tries to unlock the secrets of her DNA in an effort to create a vaccine for the supernatural form of the zombie virus. She also hopes that her father is somehow still intact since she feels that there’s a chance the government may have frozen her father for further study. If not then he would have rotted a long time ago even if fed all the human meat he could eat! Her dream is to find her dad someday and have a cure to bring him back to the human side or at least make him a stable hybrid. For now she fights the good fight against the nefarious forces of evil that infest the very bowels of this planet!

She dates a Werewolf named Seth Morgan who locks himself in the basement of Mystic Investigations on full Moons to protect the public from his violent wolf man transformations. He also started working here as a Paranormal Researcher not long after that.

Although Ashley is friendly with everyone at Mystic Investigations she considers Cynthia McAdams and Melanie Winston her best friends. They grew up together as kids in the Girl Scouts.

Hobbies: Supernatural Floriculture that includes a collection of mystical Orchids from paranormal places around the world. This includes the rare Fairy Orchid that actually requires a Fairy to personally sprinkle Fairy Dust on it once a year for its bloom to renew. She also has a Midnight Blood Rose. The only flower created by a vampire.

Diet:  Carnivore. She subsists mostly on meat but it doesn’t kill her to eat the other food groups. She just has a voracious urge to only eat meat. 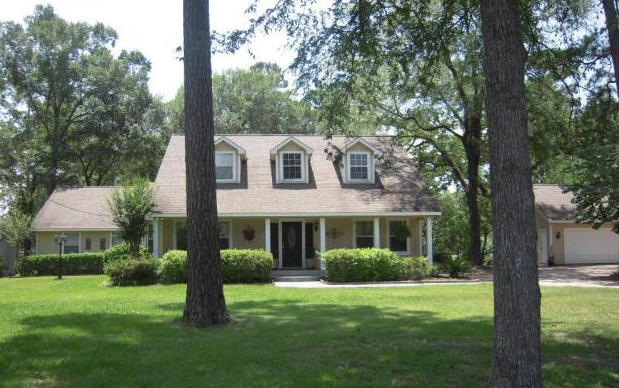 As she grew older she could feel the Zombie side begin to numb her mind or make her fly into a rage out for human flesh and blood. She turned to meditation and hypnosis to keep this alarming behavior at bay. However, dire situations have begun to bring out her violent Zombie nature. So far it has served us well and saved lives!

Back To Mystic Investigations Staff Page…