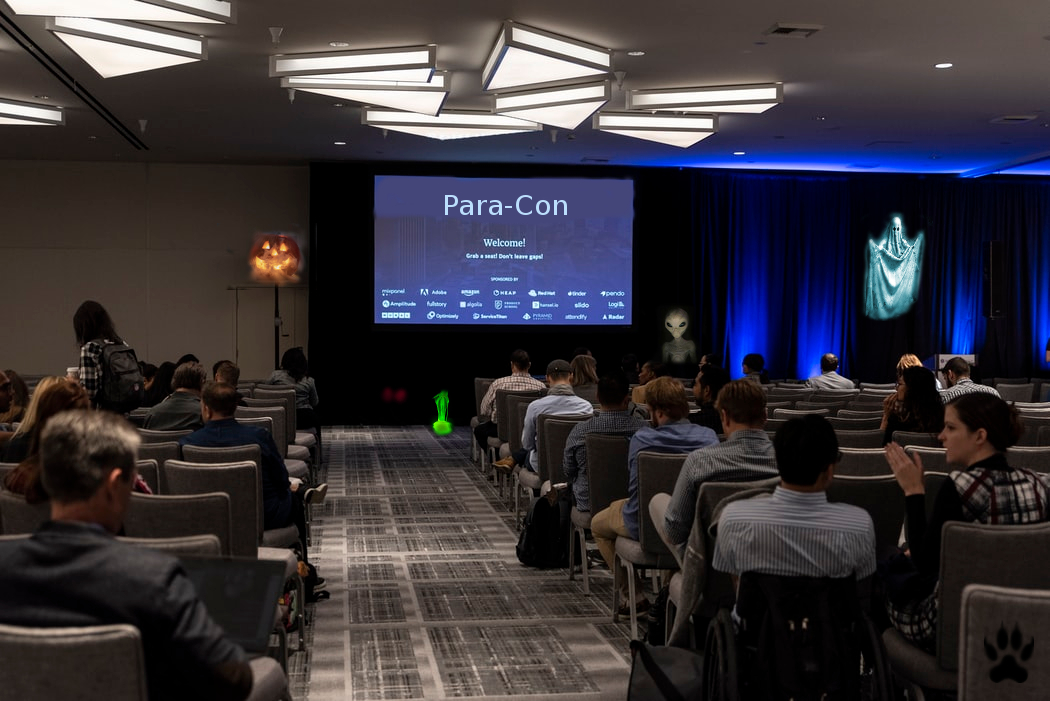 The Paranormal Investigators Conference, also known as Para-Con, is a series of annual meetings among Paranormal Professionals from around the world.  Para-Con includes seminars, and demonstrations of the latest technology, and techniques in the world of supernatural investigative research, and the battles waged against the forces of metaphysical darkness. Para-Con is organized by the International Para-Con Committee of 12 along with sub-committee’s in various continents, and nations around the world.  Mystic Investigations Executive VP Drake Alexander sits on the International Committee while President Xavier Remington resides on the North American committee.  Senior Vice-President Rebecca Abernathy is on the US committee.

In the past there were a number of fakes conducting seminars, and demonstrations. Thankfully a new process has verified members are real paranormal investigators dealing with true forces of supernatural evil thereby refining the authenticity of Para-Con.  However there are still outsiders of the supernatural community present since the conference isn’t private (although the location is not publicly advertised).  Therefore the Supernatural Secrecy Pact is still in play.  In other words no actual solid proof of the paranormal can be shown in the main convention area, or at least it’s made to look fake so as not to be convincing. True paranormal investigators know what is real, and what is not.  There are private closed door conferences for carefully vetted members of the supernatural community. In recent years PARA-CON has been gradually moving to being much more hidden and secretive as the potential for evil operatives grows ever greater in the face of impending Armageddon.

These are the annual conferences around the world:

In addition some US States, and Provinces of other nations may have unofficial Para-Cons.  Even large cities might have their own annual events.

Generally our office is closed during Para-Con although we may have a skeleton staff providing assistance.  In addition our team can still answer questions via our website.  Mystic Investigations events related to Para-Con.