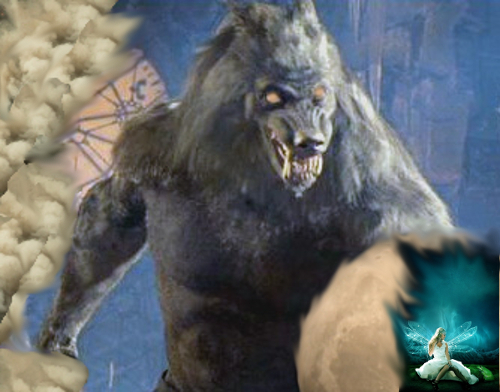 Although Werewolves have demonic based DNA they are also driven by the metaphysical energies of the Moon. Other than Blood Moons, such as on Halloween, it is mainly Nature Deities who have control of said enchanted energies in any given month. Sometimes there’s no unusual effect on Werewolves and other times there is. It either deflates their threat or interacts in a way that increases it! In the human world the August Moon is usually known as the Sturgeon Moon or Green Corn Moon. Generally, in the supernatural community this Moon is the Corn Moon that draws Werewolves to corn fields where they create Crop Circles. These circles are often hidden messages from demons to their minions on Earth.

The Werewolf Threat Is Canceled For August Courtesy Of Fairies!

In this particular August Fairies from around the planet have rallied together to give Moon Fairies a surge of power. This gives us the first known Fairy Moon. This is a show of strength and solidarity among the smallest of the nature deities. They want the world to know they’re a force to reckoned with! Moon Fairies actually exist on the lunar surface despite no life residing there. They often guide Moon beams down to Earth to hit certain individuals with loving lunar energies. During this special Full Fairy Moon we will see moonbeam suppression targeting those stricken with the Lycanthrope Virus. This means at least 90% of them will not transform into Werewolves under this magnificent Moon. Read The Rest Of This Werewolf Alert On Our Paranormal Activity Forecast Blog…