Posted on October 24, 2018 by Paranormal Forecaster 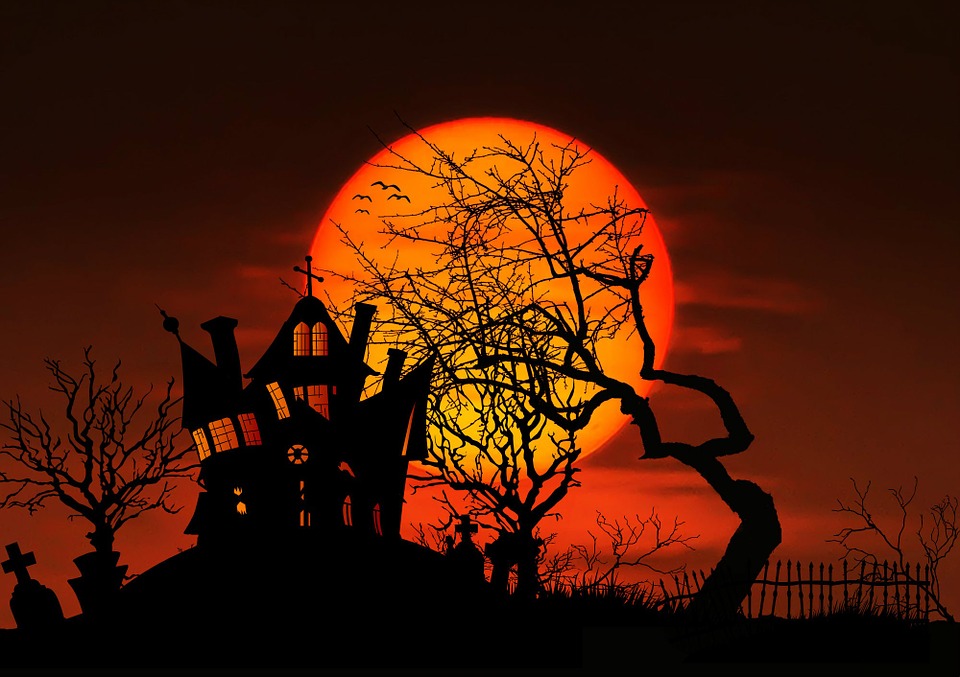 In the mainstream world, the Full Moon of October is often called the Hunters Moon. Certainly, this applies to hunting season which includes supernatural hunters going after monsters that lurk about the night. However, in the paranormal community, we call it the Blood Moon as it almost always falls under the influence of Demons and Dark Underworld Gods. In areas where deep diabolical activity is taking place, it may appear crimson in the sky. It could even appear orange in places where Shala, the Queen Of Halloween, or her mystical agents are afoot. It is then referred to as the Pumpkin Moon Of Halloween. The Blood Moon brings an aggressive exponential full spectrum increase in evil supernatural activity. The Pumpkin Moon brings forth the balance of Halloween and reduces darkness thereby creating equal parts of light and dark supernatural beings. On Halloween itself, the Pumpkin Moon can transform into a Jack-O-Lantern Moon with an actual face on it due to the raw power of The Spirit Of Halloween! Viewing this rare phenomenon can bring about good luck!

With the Blood Moon fully lit Werewolves are raging through fall flora and even skirting city limits! We also have the interesting phenomenon of werewolves transforming on Halloween even if it was a New Moon! It’s even possible for them to remain in wolf form during the day if they stay within shaded woodland zones or looming skyscrapers. This is courtesy of the tremendous tidal wave of demonic energies washing across our planet on Halloween. It overrides any need for lunar energies. Halloween werewolves under the influence of the Blood Moon are beyond ferocious and it would be in your best interest to minimize nocturnal journeys! Of course generally, all are protected within the Trick-O-Treating ritual under the Halloween Spirit. Just in case there is trouble there will be many a brave Werewolf Hunter fulfilling their duty to protect society from the supernatural scourge! We see the greatest loss of life in the paranormal community on Halloween amid the blissfully innocent populace who believes it’s all tricks or treats!

How To Repel Halloween Werewolves

Silver, Wolfsbane, holy water, and various religious artifacts are the standard protocols when faced with the threat of a werewolf attack. Although, on Halloween, you have additional countermeasures. You may call upon The Spirit Of Halloween and even pray to Halloween Queen Shala along with her Nymphs, Fairies, and other nature deities. Sometimes calling upon deceased relatives works since the veil between life and death is at its weakest during the Halloween season through The Day Of The Dead! Simply celebrating Halloween is a protection as well!🎃

I'm the President of Mystic Investigations. A private paranormal crime fighting organization out for supernatural justice in a world full of supernatural darkness.
View all posts by Paranormal Forecaster →
This entry was posted in Blood Moon, Halloween, Werewolves and tagged Jack-O-Lantern Moon, Pumpkin Moon. Bookmark the permalink.
Copy Protected by Chetan's WP-Copyprotect.