An Autumn Nymph is a creative artistic free spirit who uses nature as her canvas. She loves painting a kaleidoscope of colors across foliage flowing

about the lovely landscape. The nature nymph enjoys directing iridescent leaves to gracefully flutter down through the sunlight in all manner of patterns.  Those who become mesmerized by particularly mystical looking leaf events can be relatively certain that an Autumn Nymph is in the vicinity.  Witches and other practitioners of magic that may call upon a Fall Spirit know such venues are the best place to practice their magic as the prime Autumn holiday of Halloween approaches. Some Autumnal spirits even get the privilege of personally serving Shala, The Queen Of Halloween. As the only known Angel-Demon Hybrid, she is the quintessence of the balance between Summer, and Winter that Autumn represents.  Under her direction, with the permission of higher Goddesses, a lucky Nymph may find herself as a temporary Halloween Nymph! The Autumn Nymph also directs a variety of nature nymphs, and fairies including her fellow sister nymphs of the wind to blow the fantastic flora about the ground creating a symphony of rustling sounds, and pretty patterns for humans to enjoy. These localized Goddesses of Autumn will speak to the animals via zoopathic powers and tell them it’s time to prepare for

the coming snow and ice. The Nymph may aid young animals facing the coming cold, and potentially harsh weather for the first time.  She also works with winter, and summer nymphs to create a magical mix of weather conditions as the transition from summer to winter takes place.  With the aid of her sisters of nature, she creates Indian Summer as a final farewell to the season of warmth that gives way to first frosts that beckon forth winter.  The Autumn Spirit also takes on the responsibility of the harvest bringing Mother Nature, and human crops to maximum maturity.  Even before the Autumn Equinox Autumn Goddesses are contacting Moon Goddesses to provide a bright Harvest Moon so farmers can work in the fields at night. Fairies are often the easiest entity to call upon for hell with a simple summoning spell. They often distract an attacker, including werewolves, long enough for you to escape. They will fly about the danger wildly causing a whirlwind of tiny sparkling leaves around them while shooting fairy dust into their eyes.🧚

Fair Fairy Of Fall I call unto thee,
Distract the danger away from me,
I humbly pray you answer my plea,
Spirit Of Autumn descend from your tree,
I shall pay a colorful tribute upon my knee!🍂

The last line is your promise to pay tribute to the Fairy if they heed your call for help. Autumn Fairies enjoy artistic works that incorporate actual fallen fall leaves. Although talented artists can utilize their usual mediums in an Autumn theme with bright blazing colors. Even if you have no creative talent you can try raking a pile of leaves in a pleasing pattern and declaring it as your sincere tribute. It’s the thought that counts.🍁

Related Links: A Rare Few Autumn Nymphs Are Special Halloween Nymphs That Work For The Queen Goddess Of Halloween Shala The rare Fall Fairy Unicorn is in fact a micro-sized Unicorn that usually doesn’t grow more than six inches long. It’s a product of Fairy magic interacting with full-size standard Unicorns.  Fall Fairies under the guidance of Autumn Nymphs created this cute Lilliputian Unicorn species to aid in their Autumnal duties. The little gleaming white work horses trot about the forest with enchanted enjoyment directing fallen foliage toward Autumn Elves hard at work raking leaves into pretty piles. In some cases, their artistic side swirls leaves into a kaleidoscope of pleasant patterns. When Autumn Fairies are tired of flying they will often ride aloft the Fall Fairy Unicorn. This includes riding micro-rainbows courtesy of the Lil’ Unicorns light manipulation abilities. These mini-rainbows can be used for fast distant transportation and mystical communication along with directing sunlight to highlight the iridescent colors of certain leaves. In some cases, Rainbow Fairies may work with the Fall Fairy Unicorns to manifest larger rainbows in the greater breathtaking Autumnal landscape.

Some Leprechauns have been known to develop a special kinship with Fall Fairy Unicorns. They become inseparable sidekicks traveling the world spreading good luck and radiant rainbows together. Such cautious Leprechauns prefer hiding a few coins at the end of diminutive rainbows rather than risking their whole pot of gold at the end of a huge one seen by all. Of course, these gentle Unicorns are always kind enough to ask their Fairy friends for their blessing before setting off on a Leprechaun quest. In the same way the Fairies gain consent from the full size Unicorn before shrinking them. Unfortunately, Leprechauns aren’t small enough to ride these petite Unicorns. So you won’t gain eternal life, and luck by the mere wondrous witness of such a sweet sight! Since Unicorns are immortal there is often a point they wish to return to full size thus making room for a new generation of Autumn Fairy Unicorns.🦄 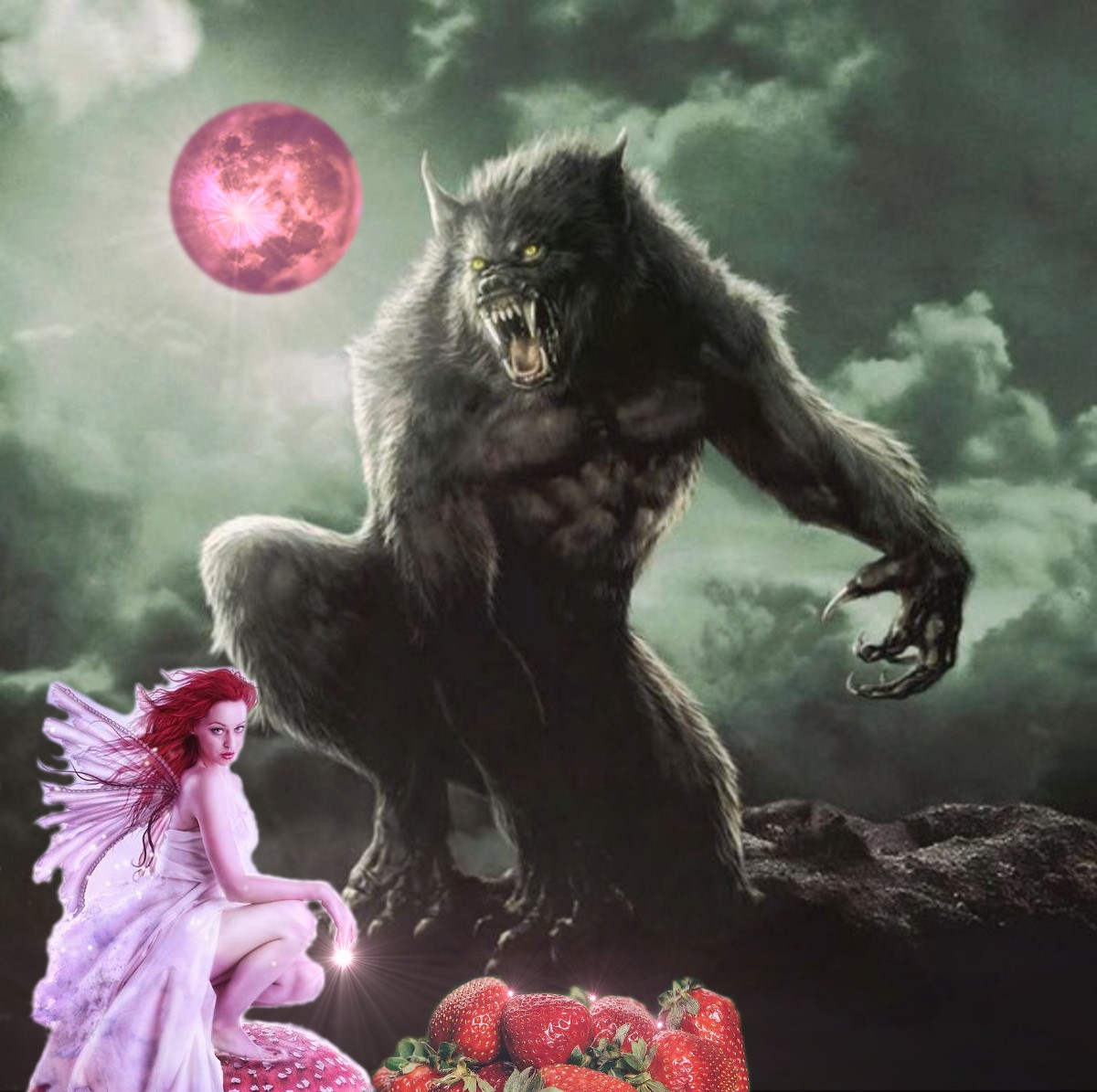 The Mystic Investigations Paranormal Activity Forecast Center has issued a Strawberry Moon Werewolf Warning for the entire planet from dusk to dawn! We advise staying indoors during the nocturnal hours until the Moon is below 80% of Full. If you must go outdoors then be sure to carry the proper Werewolf Repellents and be aware of your surroundings. We advise using lethal countermeasures of a silver variety only if no escape is possible. Remember that these mindless monsters are humans by day and most of the month. If you spot a werewolf don’t hesitate to contact the nearest Werewolf Hunter or Paranormal Professional including masters of magic.🍓 Read The Rest Of This Paranormal Activity Forecast…