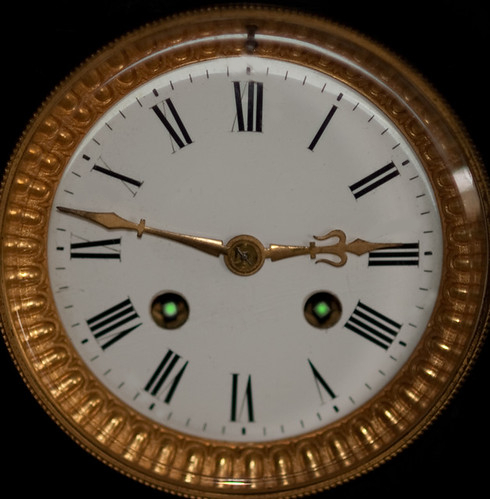 Currently the time stands at 13 minutes to 3:00 AM or 2:47 AM! Interestingly enough, it technically became the Midnight Witching Hour the moment the first ape like creature evolved into a Human. It was then that the Heavenly human soul became a target for all manner of dark demonic forces! Thankfully, it is prophesied that future technology and a surge of righteousness will bring us to a 4:00 AM sunrise in the next 1000 years or so! A perfect paradise would set the clock at 12:00 PM High Noon!

The Apocalypse Clock was started by a secret society of Wizards in the 1600’s. It is now metaphysically linked to a number of supernatural sources via mysterious green crystals in the clock itself. The location of the Wizards Lair and the clock are a well kept secret. However, the time is sent forth via a psychic signal only those of us in the real supernatural world can detect. Our resident witch Rebecca Abernathy set up the receiver clock at Mystic Investigations. Some paranormal organizations such as ourselves have Apocalypse Parties planned based on the clock. It’s the last bastion of enjoyment and appreciation for the modern conveniences that will be lost as the diabolical darkness of doomsday creeps forth from the sinister shadows!