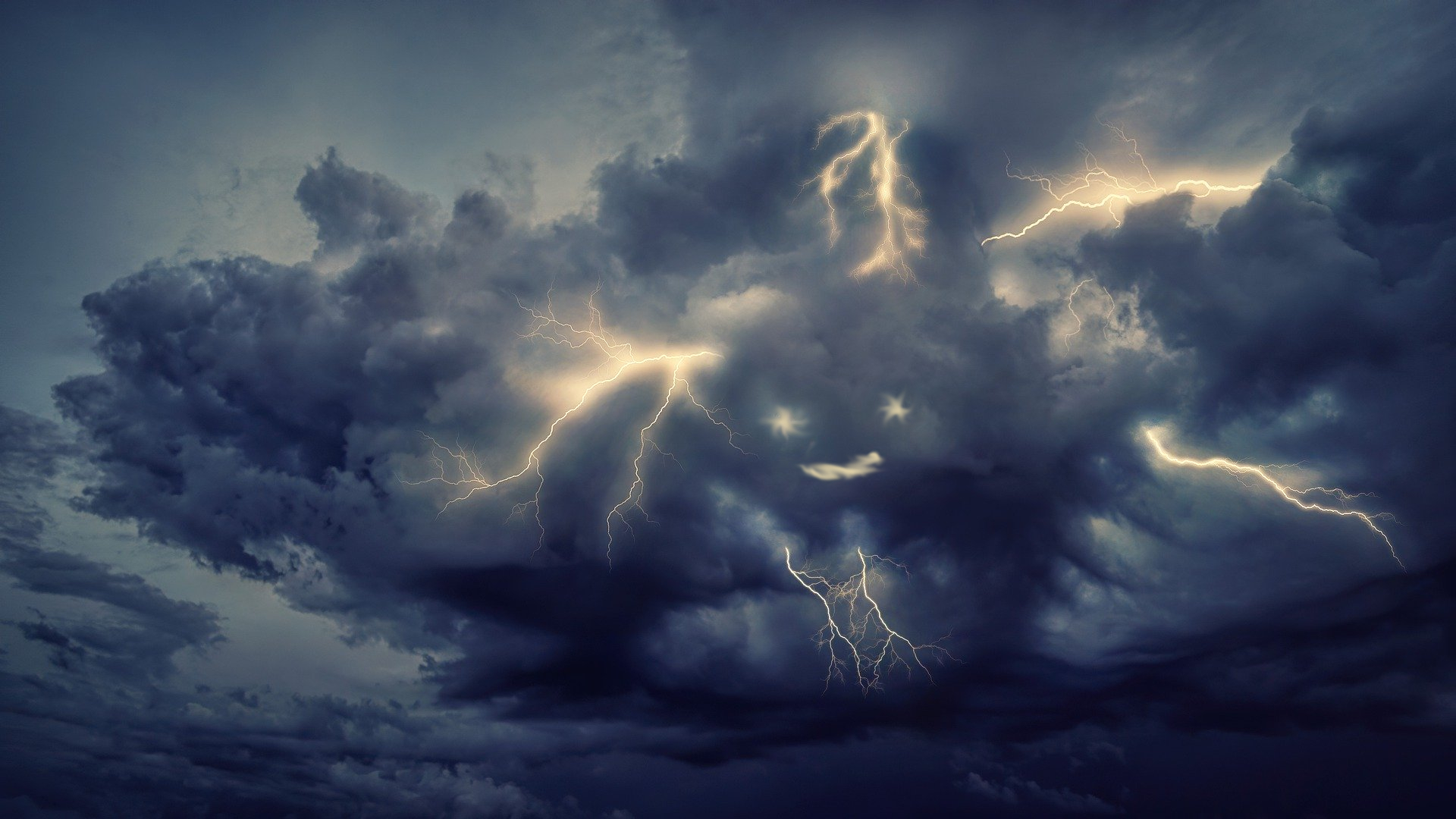 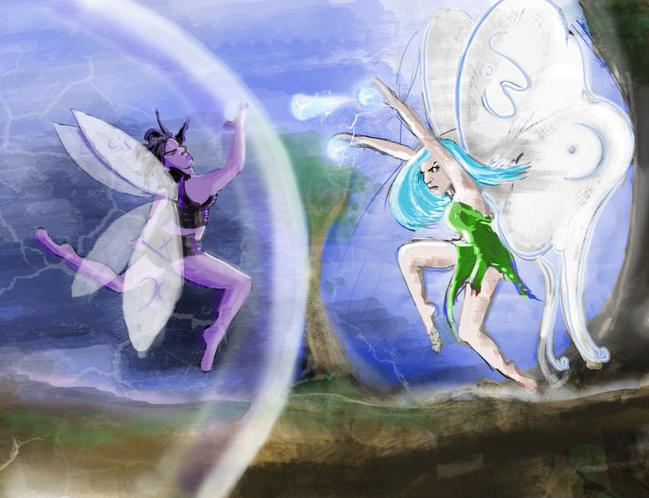 Sporadic arcs of iridescent light were reported over the Ballaugh Curraghs wetlands on the Isle Of Man at sunset on July 9th through approximately the 12:00 AM Midnight Witching Hour of July 10th.  An eerie mist moved in off the sea at about 11:30 PM, and that’s when the colorful rays of light most densely blasted with a distinctive otherworldly din. Our research indicates that two factions of Faeries were engaged in immortal combat with each other.  This supernatural story first broke on Emmett McIntyre’s blog on Transceltic.com.

It seems a band of Irish Trooping Faeries was flying over the Irish Sea when they were blown off course by an unexpected gale.  Since Fairies are lower level nature spirits under the general authority of Nymphs, minor nature deities, there was something suspicious about this gale.  The human meteorologists may never get the weather right but by golly Faeries, Nymphs, and Goddesses create it!  The Devil himself in biological form, last seen in England near Stonehenge with the nefarious Plague Doctor mere days before, may have had a hand in this.  If so it’s unknown what his motives may have been.  Possibly a first minor effort to sow discord among the Earthly Gods as the specter of Armageddon looms forth? Certainly the presence of the Universes top Demon so close to this incident couldn’t be a coincidence? The Irish Faeries were known to be a renegade group but were still regarded as peaceful, and no higher level nature deities would have perpetuated any unpleasantness upon them.

The Irish Faeries, known to be loyal to the Celtic Goddess Brigid, had no choice but to land on the Isle Of Man to seek refuge from the gale.  Unfortunately the Isle Of Man Fairies, known to be deeply beholden to the Celtic Sea God Manannán mac Lir, are isolationists who did not take kindly to what they viewed as an invasion force in their sacred territory.  That’s when the first battle ensued on the shores making their way to the main battle ground at the Ballaugh Curraghs wetlands.

Manannán mac Lir paraded his deep cloak of mist forth upon the Isle to give his Faeries a fighting edge as they knew how to navigate it well.  All hope seemed lost for the Irish Troop as a kaleidoscope of magical energy arcs volleyed about causing a remarkable increase in local flora. Witnesses early the next morning were dumbfounded by the plethora of flowers that appeared out of nowhere overnight! It’s said the mist cleared rather quickly during the Witching Hour due to the Goddess Brigid charming Manannán mac Lir.  A cease fire was called by the two Gods, and the Faeries reluctantly obeyed.  Local witches who had captured some of the Faeries in the chaos of the battle were compelled by local Nymphs to release the Fairies.  However they were allowed to keep the captured mystical energies of the epic metaphysical melee. It would be best for anyone up to no good to avoid these Isle Of Man Witches for a great many months due to their stockpile of Fairy power, and dust.  Witnesses reported the sparkling gold Faery dust was strewn among the newly sprouted flowers, and shrubs.  The Irish Troop was allowed to rest on the shores of the Isle until the brink of dawn when they flew up over the Irish Sea into the serene sunrise.

Zeus Demands Peace Among His Allies! 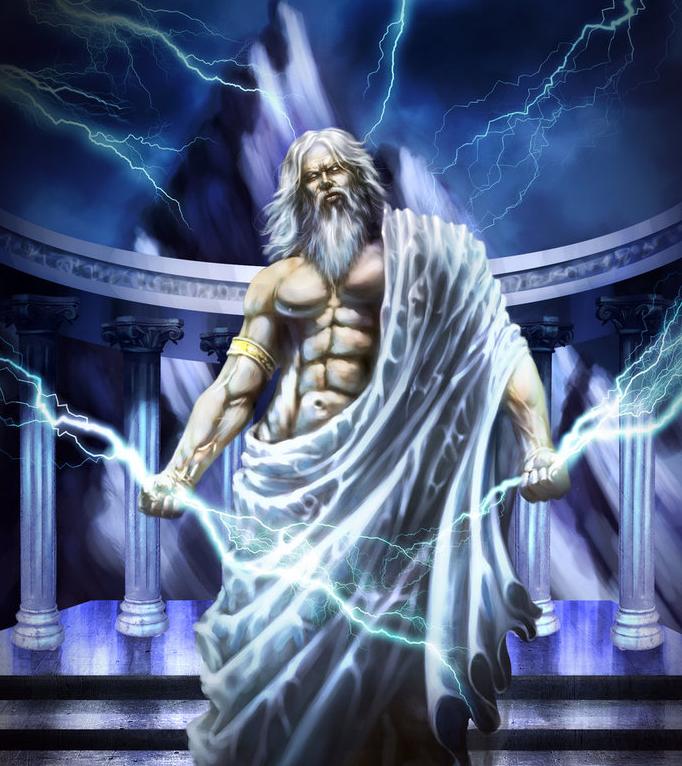 Not soon after the Faery incident unofficial spokesperson for the Earthly Gods, and leader of the largest faction of said Gods, the Greek God Zeus, urged all Gods, Goddesses, and other nature deities to get along as Armageddon approaches.  He was quoted as saying,”We shall not allow this Earth we built to fall into the hands of the Demons, Jinn, nor even the so called sainted Angels.  This is our domain, and all life, including the humans, are under our holy protection”  Zeus also took this opportunity to further comment on the February 2014 tragedy perpetuated by The Devil which resulted in his Siberian Demigod training camp being destroyed. Zeus stated,”The massacre of my innocent children shall not go unpunished.  Those brave men, and women did not die in vain.  They’re deaths shall be avenged.  Anyone who can bring me the Devil dead, or alive will receive instant ascension to Godhood by my side.”  Certainly this is the highest reward anyone could offer!

This message from Zeus came from his Official Counsel Of High Priestesses in Greece.  Just recently formed to be his mouthpiece in the war of Armageddon.