Humanity, or any intelligent species in the Proto-Godhood stage of their evolution, faces grave dangers.  Dangers of not only destroying themselves collectively with their own technological creations but also the psychological struggles that individuals face within their own animal-god hybrid minds along with unknowing physical struggles.  Within the Proto-God stage humans still have a biological animal body, and brain with animal instincts yet their sapient consciousness is soaring to infinite heights within their limitless imaginations.  Metaphysical minds that yearn to be free in the higher dimensions of reality while at the same time being anchored to this reality in a 3-D animal form.  The animal that simultaneously yearns to exist only on this Earth, and return to being in tune with nature.  This creates sub-conscious inner conflicts where the animal is battling the god within us.  This phenomenon may in fact be the underlying cause of many mental disorders humans suffer from.

A Monstrous Transformation Of A Supernatural Sort! 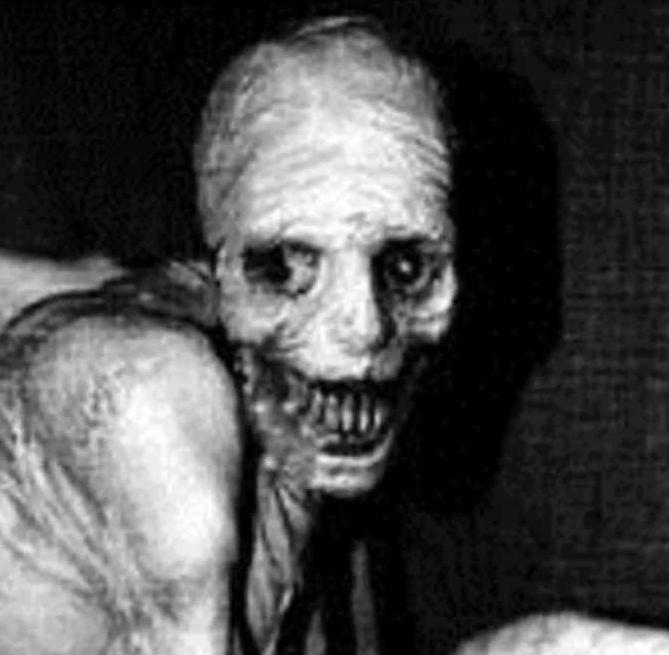 Normally our coping mechanism is to enter REM sleep, and partake of the mentally & physically healing sub-conscious dream cycle.  As our animal bodies regenerate so does our Godlike consciousness heal amid the complex creative imagery of our Dreaming minds.  Our sub-consciousness goes a step further by temporarily freeing it’s true form, the Metaphysical Astral Energy Body, or Soul, into the higher dimensional Astral Dream Plane.  With the soul away the human animal body can heal the damage caused by the immense paranormal pressure of our Astral Soul upon it.  At the end of good nights sleep full of delightful dreams the animal, and God within us become one in balance with each other.  When deprived of sleep the animal will rage forth as the God consciousness fades to the background.  The experiment detailed in the video at the top of this article clearly shows what happens with extreme sleep deprivation.  We de-evolve into violent insane animals who are still self-aware with intelligence yet beholden only to their animal instincts.  Instincts that can manifest as acts of evil in our civilized society.  In the animal world it is simply survival.  Just imagine if we were able to put various animal consciousnesses into a human brain where they had access to our intelligence.  Imagine how violently evil, and crazy they would seem!  Especially a Killer Bee possessing a person!
[AdsWithin]
Many intelligent species in our Universe destroy themselves before ever attaining the quintessential Utopian society, and becoming living Gods via technological evolution.  Hopefully, humanity can make it though our equivalent of evolutionary adolescence, and ascend to Godhood in the higher dimensions.  We were meant to become free spirits of pure metaphysical energy and thought who can go anywhere, do anything, and manifest in any form we so choose.  So please get a good eight hours of sleep every night, and let your imagination soar free!