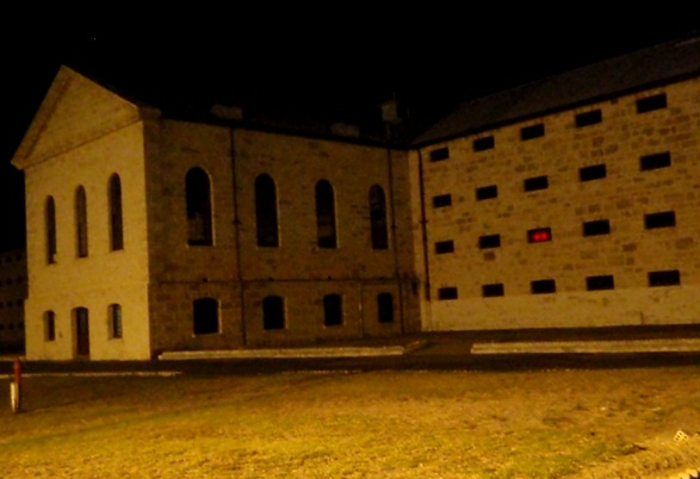 Somewhere in an undisclosed location in the middle of a clearing deep within what is now the Nantahala National Forest of North Carolina, lies a ghostly prison with a terror filled past! The Mystical State Prison was established in 1902 as an experiment in true criminal rehabilitation.  A group of wealthy philanthropists funded by the infamous Illuminati were behind this heinous failure of criminal injustice.  The philanthropic organization was known as the Mystical Philanthropic Group.  The seemingly lucky prisoners were given exceptional freedoms to roam about the woods, and partake of various activities.  In reality the prisoners were being secretly conditioned to become a squad of killers to act as a private expendable mercenary force for the Illuminati.  The prison warden, Hal Barton, the head psychologist Victor Frank, and Chief Guard Albert Jenkins knew of the true sinister purpose of the illuminated institution.  Meanwhile, most of the staff, and guards were ignorant of what was really going on.  All three men were loyal minions of the New World Order. They were hell bent on not letting their malevolent masters down.  Hal and Victor headed the revolutionary and unusually futuristic social conditioning program that mixed subliminal programming with ungodly demonic magics.  Hal was an accomplished Warlock, Victor a brainwashing mind control expert, and Albert was a demon worshiping serial killer who considered Hal his mentor.  Together this unholy trinity of evil worked to corrupt the various criminals that ranged from one time murderers down to repeat petty thieves.

Most of the prison populace were fundamentally decent people who were simply victims of environment and genetics. Only a handful were indeed into 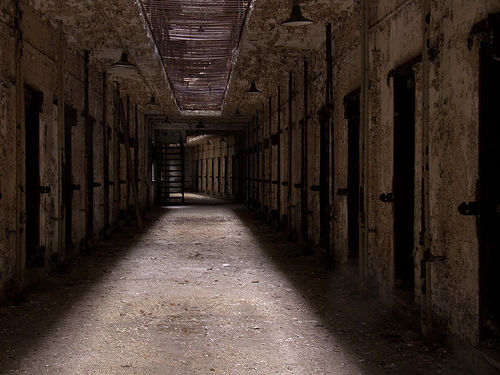 hardcore evil.  From that small pool they drew more of the men into their wicked web of diabolical deception.  The subliminal and hypnotic programming along with demonic rituals in the woods, and within the basement of the facility, eventually turned half the prisoners into blood thirsty killers.  Unfortunately for the unholy trio, and the Illuminati, the prisoners ended up turning their loyalties over to a dark demonic force who cared not for the NWO, and their plans for global domination.  He damned the prisoners down a dark path to hell, and sent them on a rampage of death, and torture! This ended up decimating half the prison population not with them in the year 1907.  In the final hours of the bloody terror that took place around Midnight, Hal, Victor, and Albert were terrified for the first time in their lives as they barricaded themselves in the wardens office. They were cut off from any communications to the outside world.  They now realized that their dark masters had turned on them, and they would ironically die by their own hands indirectly. As the hoard of demon influenced serial killers broke the door down, and burst into the office, Hal attempted to take them down using his Warlock powers.  However, there were too many maniacal men fanatically fueled by demonic rage to be stopped even by magic.  The unholy trinity was eradicated and the serial killers fled into the woods eager to find the nearest town to continue their killing spree.  Along the way they killed numerous animals with their bare hands for food! A group of six men managed to take down a bear and eat it alive!

Within days they made it to a small town called Petesville which is now non-existent.  Once in town the horde of serial killers terminated the entire 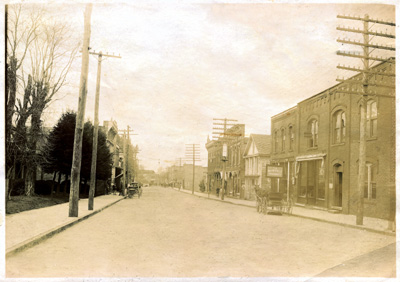 populace.  Luckily, a number of telegraphs for help were sent out and US Marshals rolled into the area.  They confronted the killers at the border of a village known as Shaylette.  Unfortunately, the Marshals were no match for the crazed killers. They were overwhelmed but thankfully most of the village had already fled after hearing of what happened in Petesville.  The stampeding serial killers acquired horses at a large ranch, and rode onward.  The North Carolina State Defense Militia met the hellish prisoner army at the town of Waynesville.  There a bloody battle blasted forth!  Amazingly, the criminal army of over 95 serial killers had begun manifesting various perplexing paranormal powers in addition to their unusual super strength, and speed.  Their very DNA was being demonically reshaped. The Militia was forced to retreat and all hope seemed to be lost for Waynesville when all the sudden something amazing happened.  The eye witness reports are sketchy but it seems that a group of people claiming to be from the future had come back looking for Victor who was in fact a mad scientist from the late 21st century.  The time the team of temporal warriors were from.  They were unable to go back further due to it not being predestined in the original timeline until this point.  Otherwise they’d have ended up in the nearly identical past of a near similar Parallel Universe.  Four dimensional time travel must take five dimensional elements into consideration for accuracy!

There the team of seven brave time travelers stood ready to engage in deadly mortal combat with the nearly 100 serial killers.  The fought the abominations with a combination of futuristic weapons including what one bystander called a “sunlight gun”. Some have suggested this was a lazer weapon of some sort. Among the seven was a powerful practitioner of magic thought to be a level 7 Wizard! Eventually, the demonic warriors were vanquished from this Earth in an awesome battle of epic proportions.  The time travelers promptly left the area. Later hillbillies spotted them near the location the prison was thought to be at.  Legend has it that they went after the demonic force in the prison who was in the form of a poltergeist. It’s unknown if they succeeded or made it back to the late 21st century. All we know is that the general area has NO TRESPASSING signs everywhere and the prison can’t be found where it should be. It’s been suggested a magical cloaking spell hides the building as Illuminati scientists and paranormal experts study the facility.