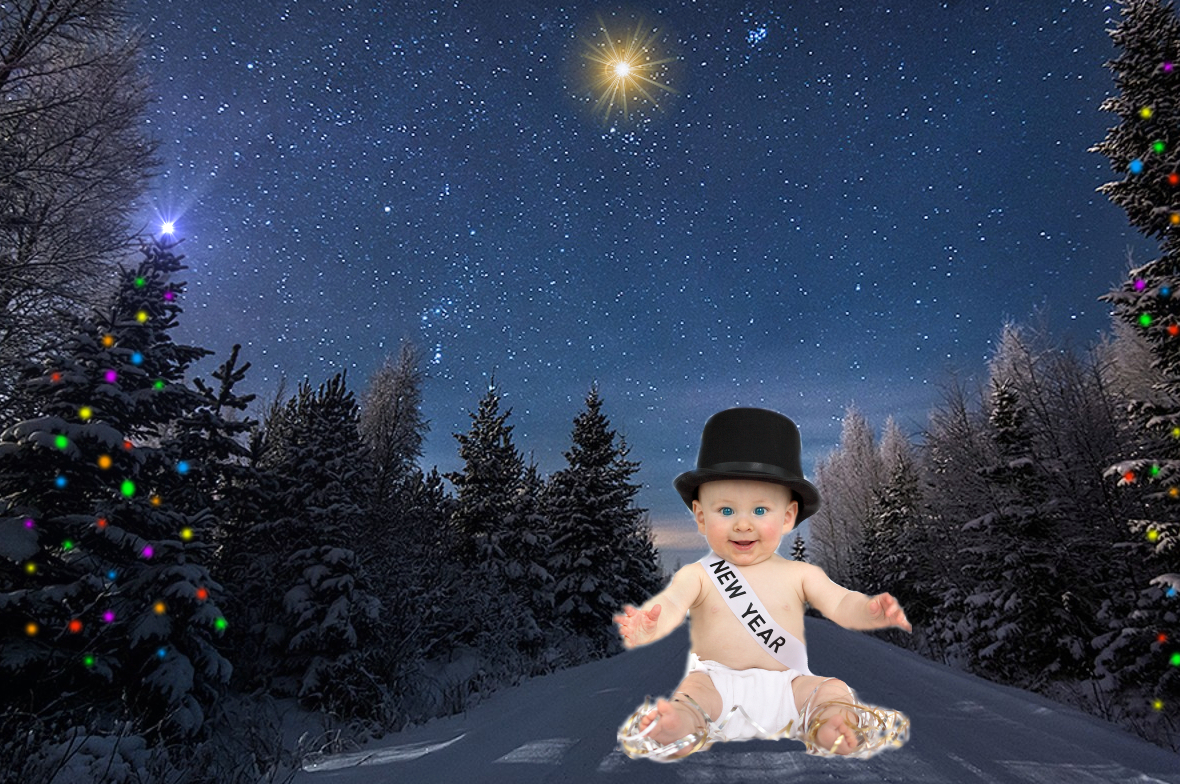 Father Time, the Baby New Year of 2021, performs the annual ceremonial ritual of presenting the latest Baby New Year to Santa Claus at North Pole City.  On January 1, 2022, Santa, in his capacity as Saint Nicholas, blessed the child of renewed hope holy. A child that is literally an Angel from Heaven who volunteers to grow up on Earth for one year! Santa lovingly held the Baby New Year 2022 in his muscular arms as his wife, Holly Claus, looked on with joy in her eyes. She also gently snuggled the angelic child and fed him a warm bottle of holy Unicorn milk. Santa’s children, Nick, Jr., and Mary were present as well to witness the baby that is the very embodiment of humankind’s hopes and dreams for 2022.  All in attendance took turns holding the cuddly little ball of joy while Father Time & Father Christmas discussed various matters related to our paranormal planet. All the while one of the world’s few immortal dogs, a Dalmatian named Sparky, frolicked about Claus Manor with tail wagging glee.🐶 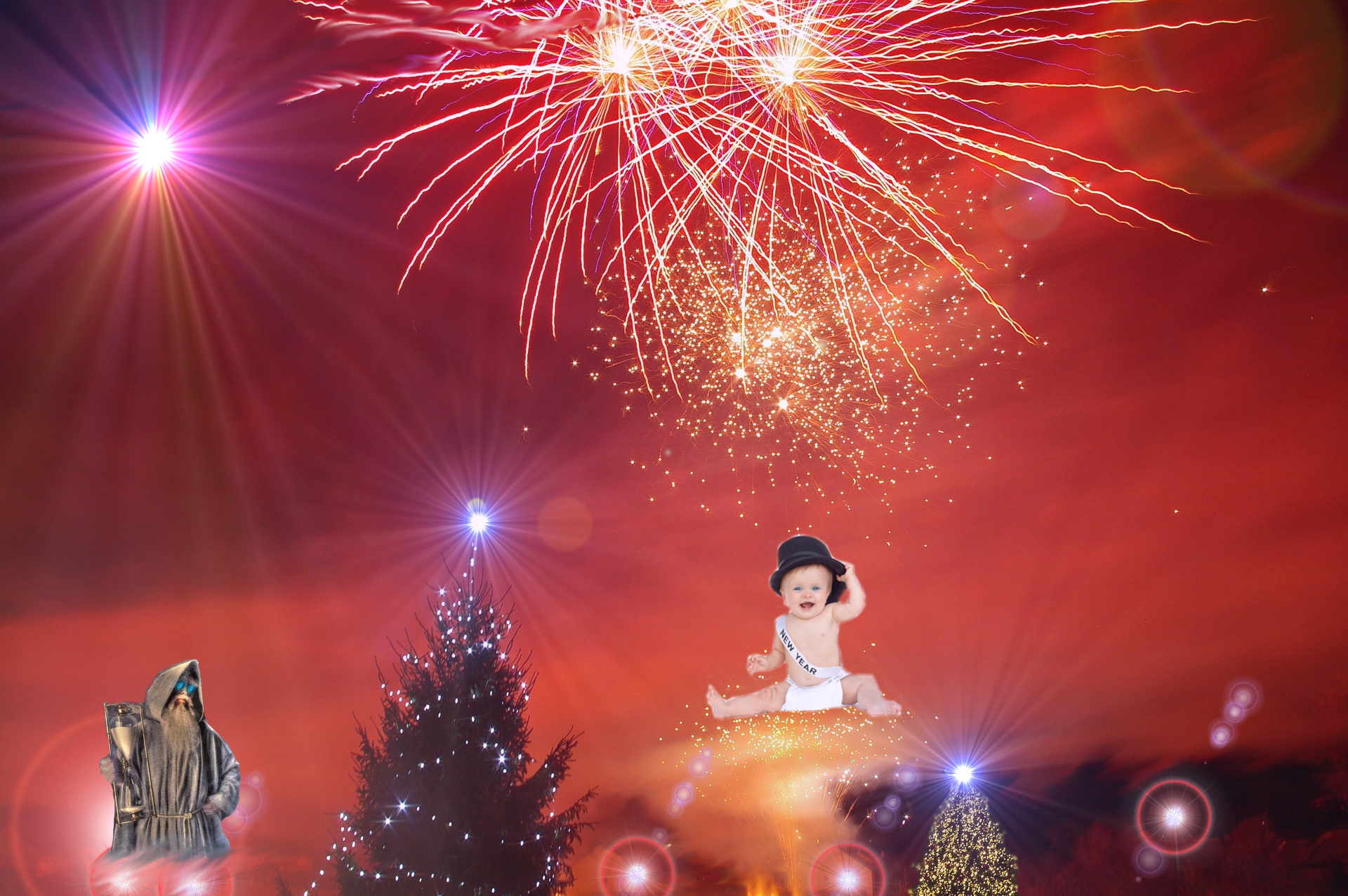 After a brief lunch, the entire gang of goodness commanded a procession down Main Street inside Santa’s sleigh. The famous sleigh was moved aloft the snowy cobblestone road by two reindeer.  A crowd of Elves, Enchanted Reindeer, winter deities, and visiting supernatural dignitaries looked on at the surreal spectacle. A full-scale parade took place that included elf made floats, marching penguins, and other animals as well. We also saw a variety of animated toys make their way down the street dancing with joy in their sapient hearts. All courtesy of the powerful Spirit Of Christmas!

Later in the evening a fantastical fireworks show lit up the Arctic skies above the most magical place on Earth. Santa even threw in some custom created Northern Lights via his Demi-Angel magic. Amid the majestic extravaganza enchanted reindeer, Pegasus, white doves, various other birds, and even an ice dragon flew about the alluring atmosphere. Unicorns and Leprechauns sprung inexplicable nocturnal rainbows forth and rode them high in the starry skies! Sorry, Disney World but you come in second compared to the mystical North Pole City.🎇

After the supernatural show, The Clauses, Chief Elf, and some special guests then partook of a fabulous feast with the Angelic Father Time. The Baby New Year sat in a centuries-old wooden high chair next to Mother Nature and Old Woman Winter. The Elves put on a play detailing the history of Christmas over the past 1000 years. Finally, they bid all farewell and disappeared into the night in a dazzling display of sparkling dust.✨