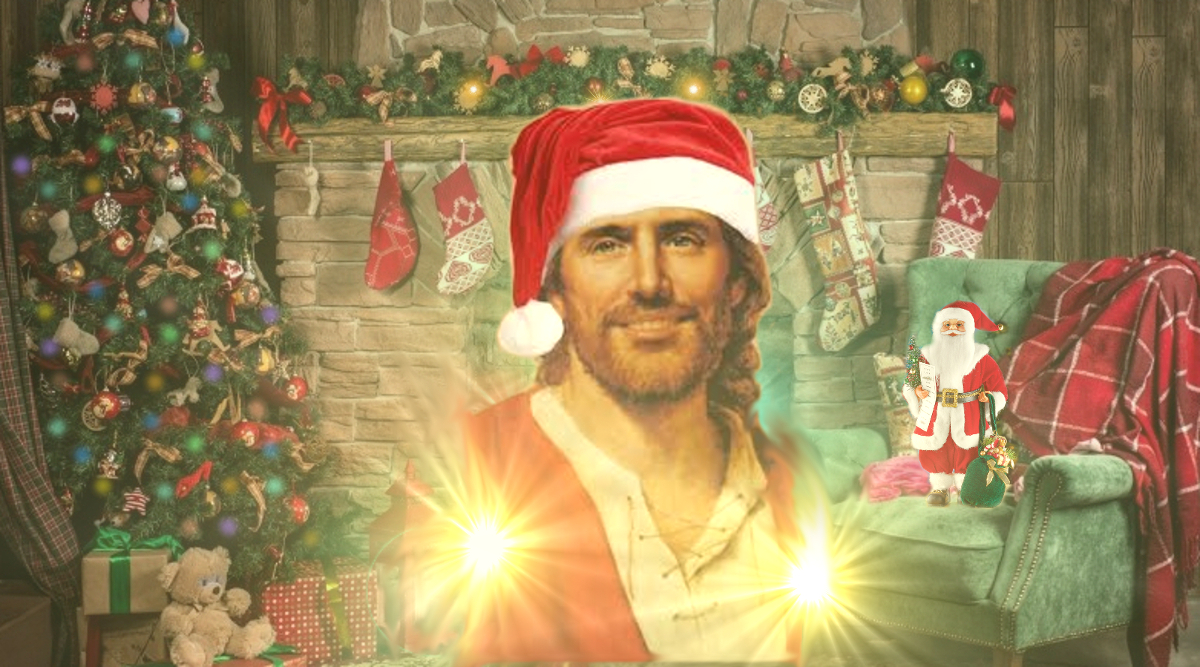 Does the Earth’s ultimate gift giver get Christmas presents himself?  Naturally, Santa Claus, a Demi-Angel Saint, receives many gifts at Christmas. His own family leaves him gifts under the tree. This includes Mrs. Holly Claus along with his son Nicholas, Jr, and his daughter Mary. Then there’s the Enchanted Elves, his Reindeer, Jack Frost, Winter Deities, and various other residents of North Pole City. Visiting guests will also bring him gifts. These include humans in the supernatural world along with paranormal beings who walk the path of righteousness.  Others mail him gifts or send them by supernatural messenger. Then there are the presents, other than food, some people leave in their homes for him on Christmas Eve. Whoever it is from Santa senses when the gift is genuine or just someone paying false homage to curry favor with him. Needless to say, Santa Claus ends up with thousands of gifts despite telling people there’s no need to give him anything. Many of the gifts end up given to the poor.

Who Is Santa’s Personal Santa Claus?

The real question is does Santa Claus get a gift from some special enchanted equivalent of himself, or greater? Does someone fly into North Pole City, and sneak into Claus Manor? Perhaps by teleporting down the chimney to leave a gift under his Christmas tree? There are four individuals who do this in their own way.  Father Time is one such individual. Every year he’s a different Angel born into a supernatural human Baby New Year form to experience Earthly life. He leaves a gift at Christmas and brings one on behalf of the Baby New Year on January 1st at the annual visit of the newborn. Outside of that, he meets with Father Time a number of times throughout the year as he witnesses the growth of the New Year child. Santa’s Archangel Father (natural born angel), and Angel Mother Marcia (formerly human) descend from Heaven and materialize in physical form to deliver special gifts.  Of course, his parents also stay to join him for Christmas dinner before leaving for Heaven again.

The fourth, and probably the most prolific personality to leave a gift directly under Santa’s tree is the Demigod Jesus Christ. He is the true Santa Claus for Saint Nicholas. The birth of Jesus Christ is the origin of Christmas itself. All within his capacity as the Son Of The Omniverse God. Interestingly enough, Santa is a distant cousin of Jesus by way of his mother Marcia who was a descendent of the Virgin Mary’s family. Santa has met Jesus in the past through time travel and once when he went to Heaven. On Christmas Eve while Santa is out delivering gifts Jesus Christ is said to spiritually materialize near the Christmas tree. There he spins a custom gift in his holy hands from enchanted energy on the fly. What these special gifts are is a mystery that Santa won’t reveal for reasons unknown. In fact, when someone other than Santa tries to rip open the glittering gold-wrapped gift it simply won’t tear! Santa always opens the paranormal present in private. It is thought that the gift is so holy that it could overwhelm someone other than a Demi-Angel or higher in supernatural rank!

Waiting Up For Santa Christ

Santa’s kids Nick Jr, and Mary have stayed up waiting for Santa Jesus to appear at the hearth. Unfortunately, they always mysteriously fall asleep no matter what measures they take to stay awake. The only evidence that Santa Christ was there is the shimmering gift under the tree giving off a phenomenal paranormal power aura. Oh, and the mystical milk & enchanted cookies left out are always devoured with not one crumb or drop left behind. When the kids witness the glorious gift and the missing treats they always say, “Jesus Christ!” with a smile!  🙂