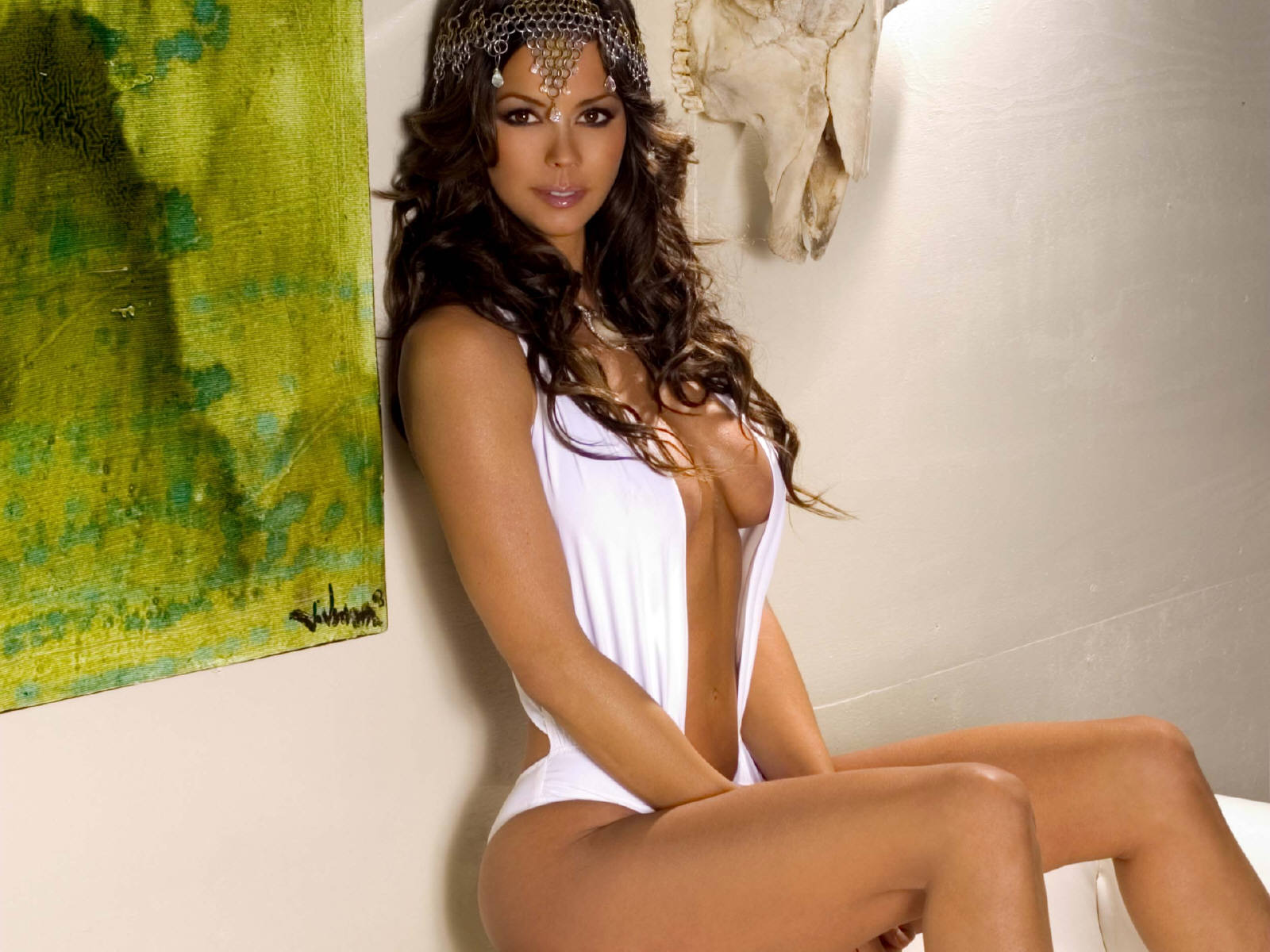 Amazon warriors are a mystical race of exquisitely beautiful tall, and toned immortal super women who live deep in the Amazon Rain Forest.  Amazons possess super strength, speed, agility, senses, intelligence, and a wondrous woman’s intuition beyond that of mere mortal females!  They are more or less a race of Demigods.  There has been some power dilution over the centuries with each successive mating of a genetically inferior paranormal being or human male, and an Amazon female.  Thankfully their constant homage to Goddesses keeps their powers from dipping below a certain point. Those of Amazon royalty will mate only with Gods, Demigods, Immortals, or other high level supernatural beings.  The first of their kind, the original Queen of the Amazons, was the daughter of the Greek God Of War Ares, and a Nereid (sea nymph) named Harmonia.  Harmonia is no relation to Ares, and Aphrodite’s (the Goddess of Love) child of the same name.  More than likely his love for the sea nymph inspired his daughters name.

The ancient Amazon civilization began in defiance of the old ways of the male dominated world where women were treated like slaves, and children.  They fought many bloody battles with ancient Greeks, and Romans to maintain their freedom. They founded many all female cities around Greece.  Unfortunately the Roman Empire, and it’s Gods grew in power which drove the Amazons into isolation on an island in the Mediterranean Sea known today as Agios Efstratios. However it was known as Amazonia in ancient times. This was the perfect home since they had a fond kinship with Mermaids, Sirens, And Seas Nymphs. The wonder women eventually accumulated too many enemies in addition to the Roman Empire, and looked to their Goddess allies to lead them to the new world.  They partook of a mass exodus to the promised land of the Gods, the South American Amazon river basin. When the Amazon warriors arrived they fought fierce battles with the native male oriented tribes. They won their respect, and were left along to build their new Amazonia civilization now hidden by a cloaking spell to be forever safe from the outside world!  The main danger now is the rapid deforestation of the region that threatens to expose them someday even if they are invisible to humans!

Amazons exist in an all female society that is run as a royal matriarchy under Queen Hippolyta who wears the infamous Hippolyta’s Belt. sometimes referred to as a girdle. This mystical belt give the Queen extra special powers, and abilities. Within Amazon society men are looked upon with hatred or at least deep distrust.  They are blamed for the sorry state of the warring planet not at peace with nature. Since they are an all female society they do partake of lesbianism. However they are technically bisexual. They maintain their population by mating with specially chosen males every so often. Generally human in nature. These men are almost always wealthy power players who tend to be corrupt individuals who are responsible for the inharmonious nature of society.  The urge to mate generally takes place not long after they come of age, and are allowed to visit the human world. Once they mate with a male they must either sacrifice him to the Goddesses before returning to Amazonia, or marry him. If they stay in the human world they loose their powers, and all memory of being an Amazon.  This usually only happens if they defy their intended mating target, and fall in love with a pure of heart male.

The Amazon offspring are always female thanks to the intervention of the Goddess Artemis. Despite their father being Ares, they first, and foremost worship the 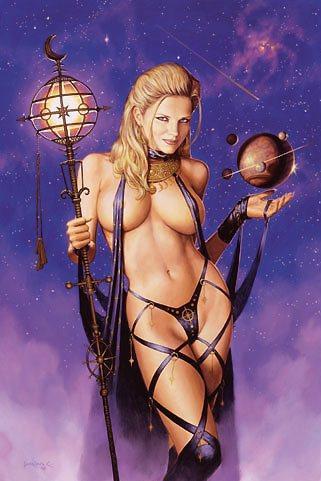 Goddess Artemis.  The Greek Goddess of femininity, childbirth, hunting, and the wilderness which Amazon women love.  Although they do pay homage to their Father God  who is just about the only male they trust.  Mating is one of only two reasons they leave their Amazon stronghold.  The second reason is when Goddesses send them on missions to help human women, and supernatural females, such as Mermaids, who are in trouble.  Certainly if you’re a woman who has been saved from something terrible by what appeared to be a super model then you may have in fact met an Amazonian! These are the real Wonder Women minus the iconic costume we’re used to seeing in all manner of media. It’s rumored actress Lynda Carter researched her role as Wonder Woman with a real Amazon princess visiting her in Hollywood.  The Queen gave her blessing to do the TV show in order to give Amazons a good name in the human world.

A large group of Amazons make an annual trek along the Amazon River to the ocean in order to celebrate their Mother Nereid Harmonia.  During this time they are at their most vulnerable but they usually make the journey during Carnival celebrations so they don’t look out of place.  So if you see a large group of tall exotic scantily clad woman during the Carnival in Brazil during February or March they are most likely Amazons.  If you’re a girl you can go ahead, and acknowledge that you know their identities.  If you’re a boy then we strongly suggest not approaching them!  If one of them approaches you however then you can expect to have the greatest night of your life!  They will not officially be mating, and are just looking for a one night stand free of any male sacrifices! This is the only time a man can truly enjoy the company of an Amazon!

We here at Mystic Investigations have had dealings with the Amazonians, or more precisely some of our female employees have.  Our connection to them is thanks to our resident mermaid princess witch Rebecca Abernathy.  There are times when we have an evil human on our hands who we know the legal system will not properly punish.  In such cases the Amazons provide a convenient jail of justice for unjust males.  We’ve dropped malevolent men off there so they can live out the rest of their days in service to the Amazons.  However we can assure you it isn’t the pleasant variety of “service”.  That particular service of sensuality is left to a rare few lucky men of exceptional character, and genetics who accept the superiority of women.  Often times the Amazonian women seek out supernatural men in order to strengthen their bewitching bloodlines. Once they spend a night with a wonder woman they are spoiled for all other females for all the rest of their days!  They say not even a mermaid, siren, vampire, or even a succubus can match the level of ecstasy achieved by an Amazon!

A Glimpse Into The Amazon Village

Outside of Amazonia we’ve dealt with one Amazon warrior directly.  A real life Wonder Woman named Adonia. Our dealings with the lovely ladies of the Amazon 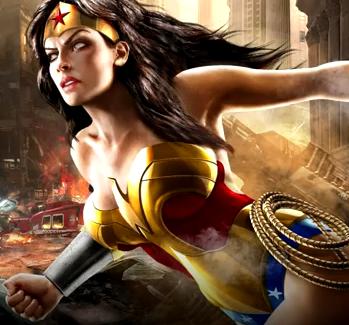