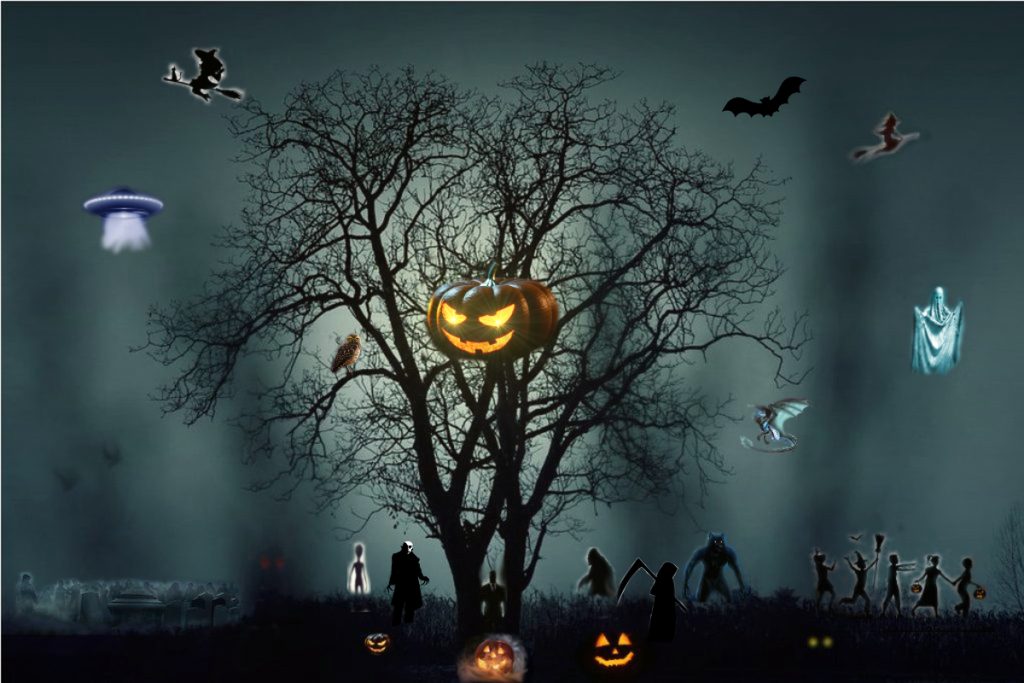 Throughout the entire existence of Earth, the veil between the life of our world and the death of the afterlife was always at its weakest during Autumn. The natural enchanted energy of Mother Nature would wane during the end of the Spring & Summer fertility season as the death of winter took place. That lack of energy being sent forth into the non-corporeal ether made it possible for fallen humans and supernatural entities to more easily cross over into our world during the transitional Autumn season. Naturally, Mother Nature regained balance as winter approached and the veil was never weakened enough to bring about monstrous chaos to our world.

Legend has it that mighty ancient forces of malevolence marshaled their metaphysical magics to allow one special day of the year in which they could be let loose upon the world. A time when the natural weakening of the dream plane between life and death could be exponentially enhanced with massive metaphysical energies. All this allowed for demons, poltergeists, dark spirits, wayward ghosts, and other higher dimensional beings to more easily manifest into our physical plane of reality. With the support of these powerful paranormal forces, the calamitous creatures that already reside here were free to wreak more havoc than usual. Ultimately, this was tolerated by the Heavenly Powers That Be to ensure a continued balance between light and darkness. Dark enchanted energies exponentially build over time and would eventually explode causing massive mayhem!🎃

The History Of Halloween 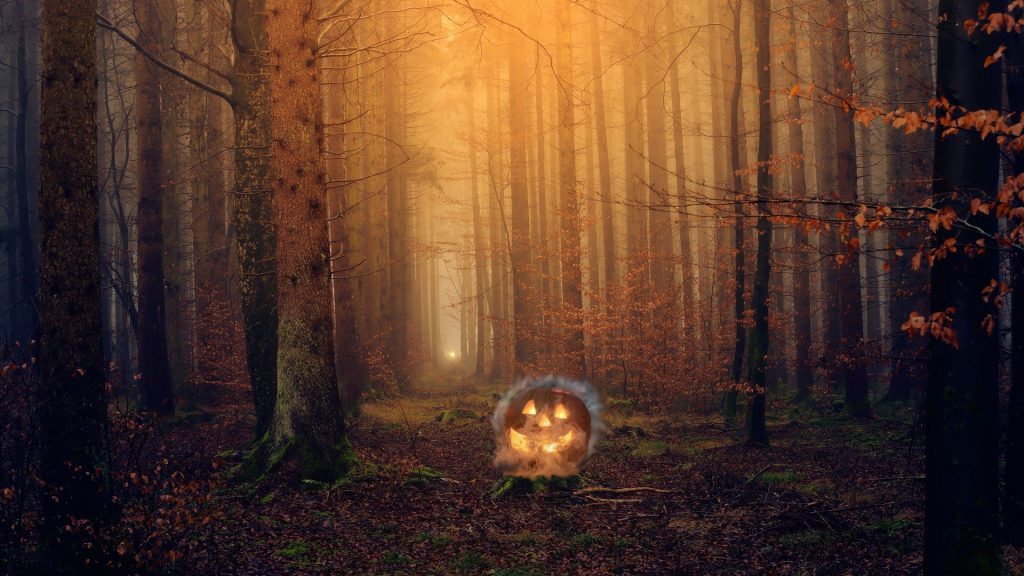 The history of Halloween tells us that this horrifying night eventually became known as Halloween. Over 2000 years ago the Celtic people of Europe called the holiday Samhain. A festival to not only celebrate the harvest but also to appease sinister spirits and call upon nature deities for protection. Often there were animal sacrifices amid huge bonfires. People also wore crazy costumes to ward off these depraved denizens of damnation. It allowed them to blend into the nefarious night free of hellish harassment or worse! “Treats” were paid as tribute to these frightening forces in the hopes of expelling them from their homes and communities. Sometimes this was more animal sacrifices or simply some of the Fall harvest.  If they did not give a treat then a “trick” might be played upon them. Although in ancient times it was far more dangerous and deadly than just scaring someone or pulling a prank. These old-world traditions live on today and continue to serve the purpose of pushing paranormal perplexities away from innocent humans.

The Forces Of Righteousness Step In To Aid Humankind 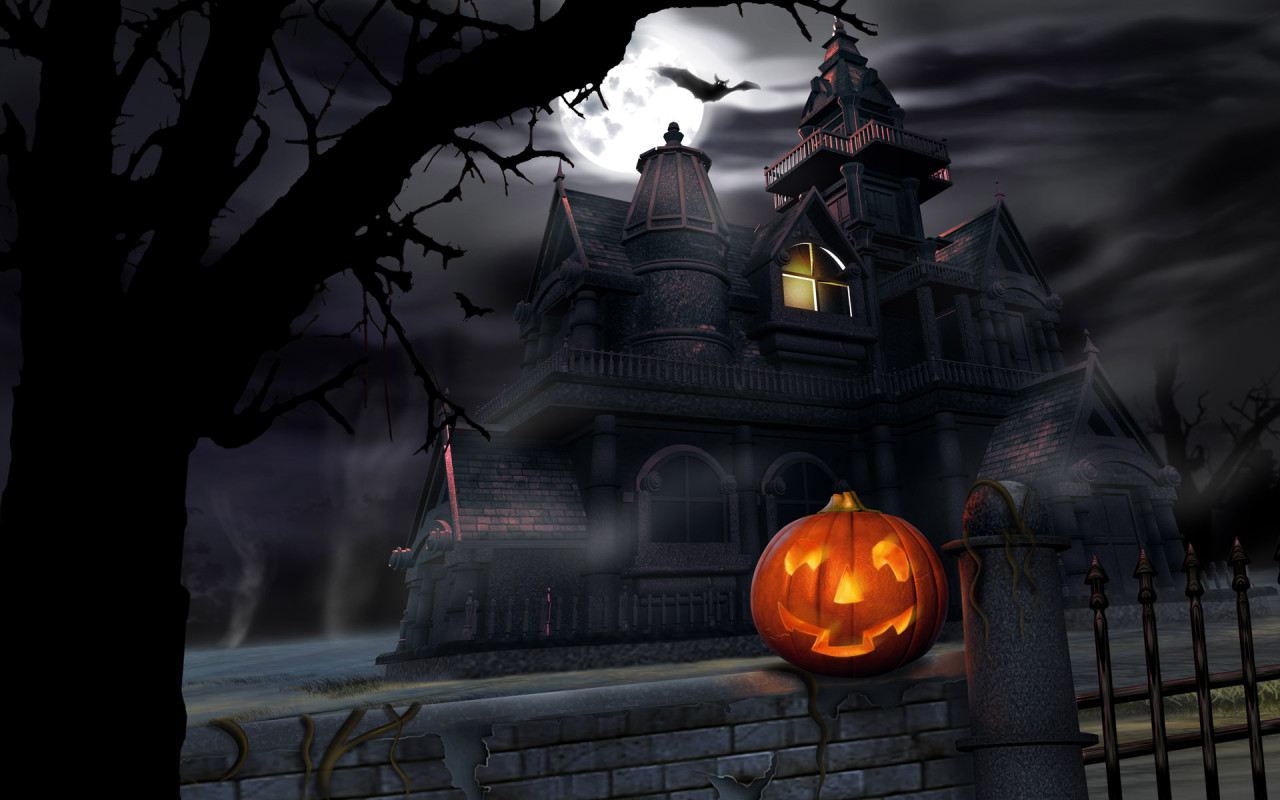 Later in history, the forces of good gathered together due to the ever-greater unbridled evil that was unleashed on Halloween. This was despite The Supernatural Secrecy Pact of 33 AD meant to keep paranormal interference in human affairs to a minimum. Unfortunately, being evil is about ignoring even Universal Laws!  The darkness of damnation continued building supernatural steam with each passing century as the prospect of a paranormal planetary takeover became a very real possibility! The purpose of allowing evil entities to flourish was starting to have the opposite effect. The metaphysical meltdown averted from other planes of existence was now anchoring itself in the physical world with alarming accuracy. The fanning of fantastical flames fueled by fear and the demons of Hell itself!

The Leader Of Halloween Emerges 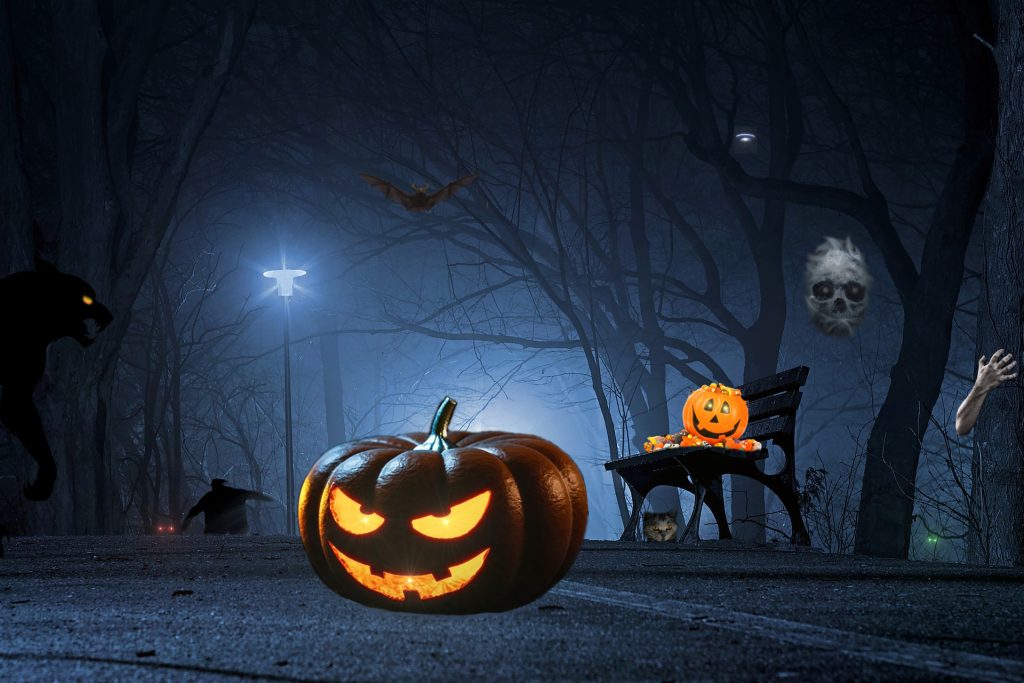 Thankfully a coven of wondrous white magic witches, and even a few wise black magic witches who saw their continued survival at stake, met at Stonehenge in an unusual union at The Witching Hour on October 31st, 313 AD. The sacred location was a natural metaphysical energy hot spot that is believed to lie on one of the Earth’s Heart Chakras. It was essential in conjuring up one of the most widespread spells of all time. The super spell channeled the absolute source of goodness on Earth. That being the magical innocence of childhood which could be weaponized for use against the diabolical darkness that manifested on All Hallows Eve. This also included righteous individuals who celebrated Samhain. They did this under the direction of a one-of-a-kind Angel-Demon Hybrid who took the reins of Samhain in her own hallowed hands and made it her Halloween own. It was then that The Spirit Of Halloween was born within the Samhain Spirit that spawned from the enchanted energy of the human collective consciousness.

The Halloween Hybrid compelled the witches to eventually become the first Gray Witches who continue to work with her to this very day courtesy of the immortality she granted them. The female Hybrid was forced to hide in the shadows for centuries. This was due to the blasphemous bounty on her head by both Angels and Demons who considered her an abomination to each of their higher dimensional kinds. We now know her name is Shala, and she is the Queen of Halloween! Her neutral Halloween Highness works to bring a harmonious balance between good and evil thus ensuring the continued survival of Earth and all life upon it! 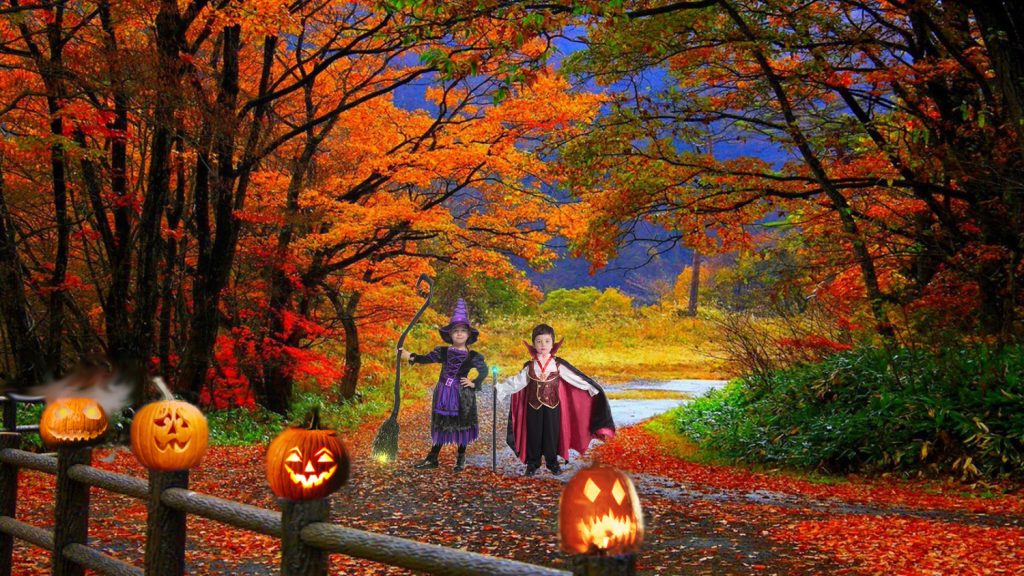 Now the mere act of children all over the world happily going door to door for treats helps neutralize the natural nefariousness of Halloween.  The act of celebrating Halloween along with the magical innocence of children focused through Shala creates the Spirit Of Halloween. An unconscious enchanted entity somewhat similar to The Spirit Of Christmas orchestrated by the Demi-Angel Santa Claus. Despite the Halloween Spirit’s effort to bring balance, there are still plenty of devilish disasters during the weeks leading up to one of the most supernaturally active nights of the year.  The frighteningly fun and sometimes hellishly horrifying All Hallows Eve! This gives you a clue about what a living nightmare Halloween could potentially be if Shala had not stepped in to counter the forces of evil!  Most of you will never see paranormal darkness on Halloween and will simply enjoy the cheerful controlled calamity.  Be thankful only those of us in the real supernatural community know of the many sinister supernatural surprises within the Halloween Season.👻 October 30, 2022
Do Those Born On Halloween Have Paranormal Powers?