The Magic Of Halloween Candy

Posted on November 1, 2020 by Halloween Haunter 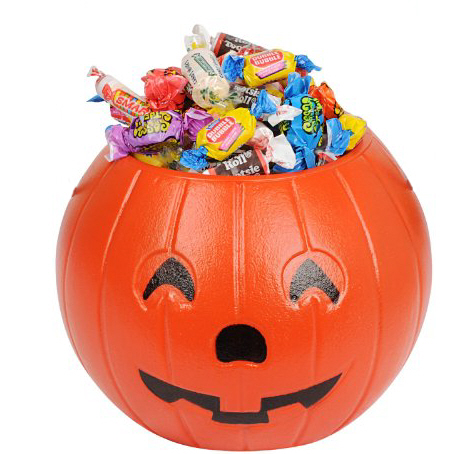 Halloween Candy or Treats aren’t just scrumptious! They’re also supernaturally spelled! The enchanted delights encompass anything sweet given out in the Spirit Of Halloween within the official supernatural season of said holiday. The Halloween season begins 66 days before November 1st Hallowmas. So true Halloween candy can only be first given on August 27th. The last day to eat the hallowed candy is Thanksgiving Day. After that bad luck may set in! Candy shared until then in the name of Halloween is technically still All Hallows Eve candy. However, candy acquired during October 31st Trick-O-Treating is the most paranormally powerful.

The Paranormal Purpose Of Halloween Candy 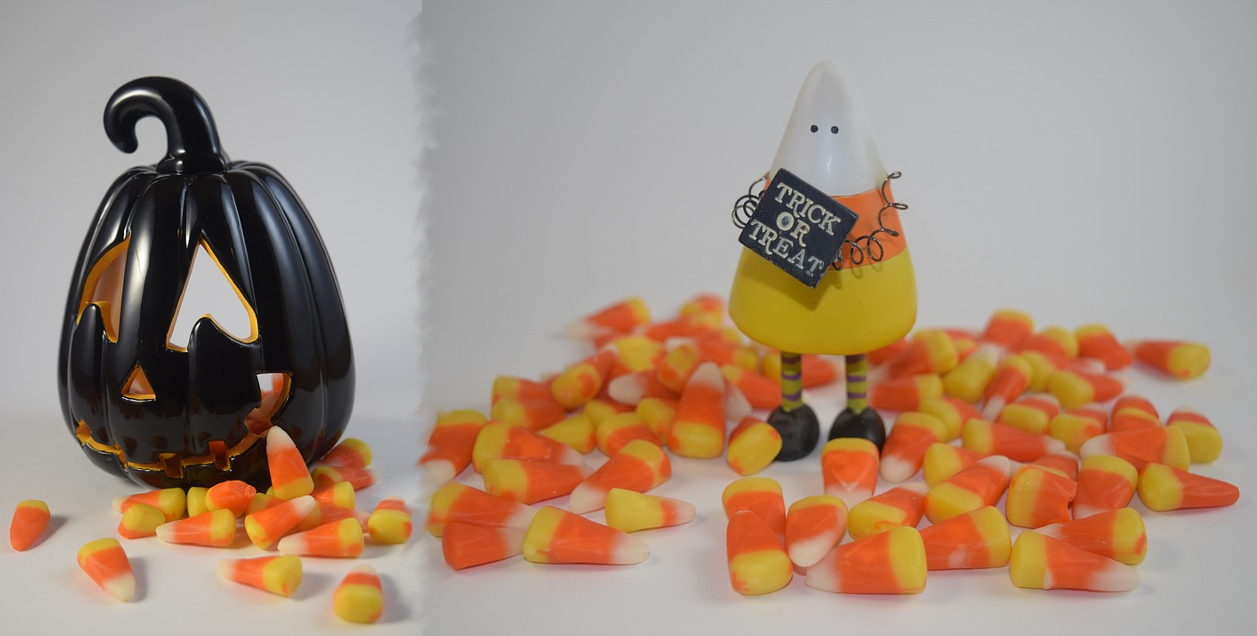 All candy given graciously in the name of Halloween is mystically spelled by the Queen Of Halloween Shala. It magically interacts with the enchanted innocence of children that in turn fuels the Spirit Of Halloween through the conduit of the Angel-Demon Hybrid Shala. The purpose of this paranormal process is to bring balance between light and dark in our world. The theory is that too much good or evil can bring about serious stagnation or crazy chaos to our reality. Naturally, Santa Claus, and the Christmas Spirit tend to disagree with the good end of that. Although, every holy holiday seems to have an opposite negative one even if it clearly isn’t on the same scale. Such as the case with the Anti-Claus’s Dark Christmas. On the other hand, Halloween combines both good and evil into one convenient package! This means that the magic of the season can be tapped into by both righteous and wayward Witches along with other Practitioners Of Magic!

The Supernatural Surge Of All Hallows Treats 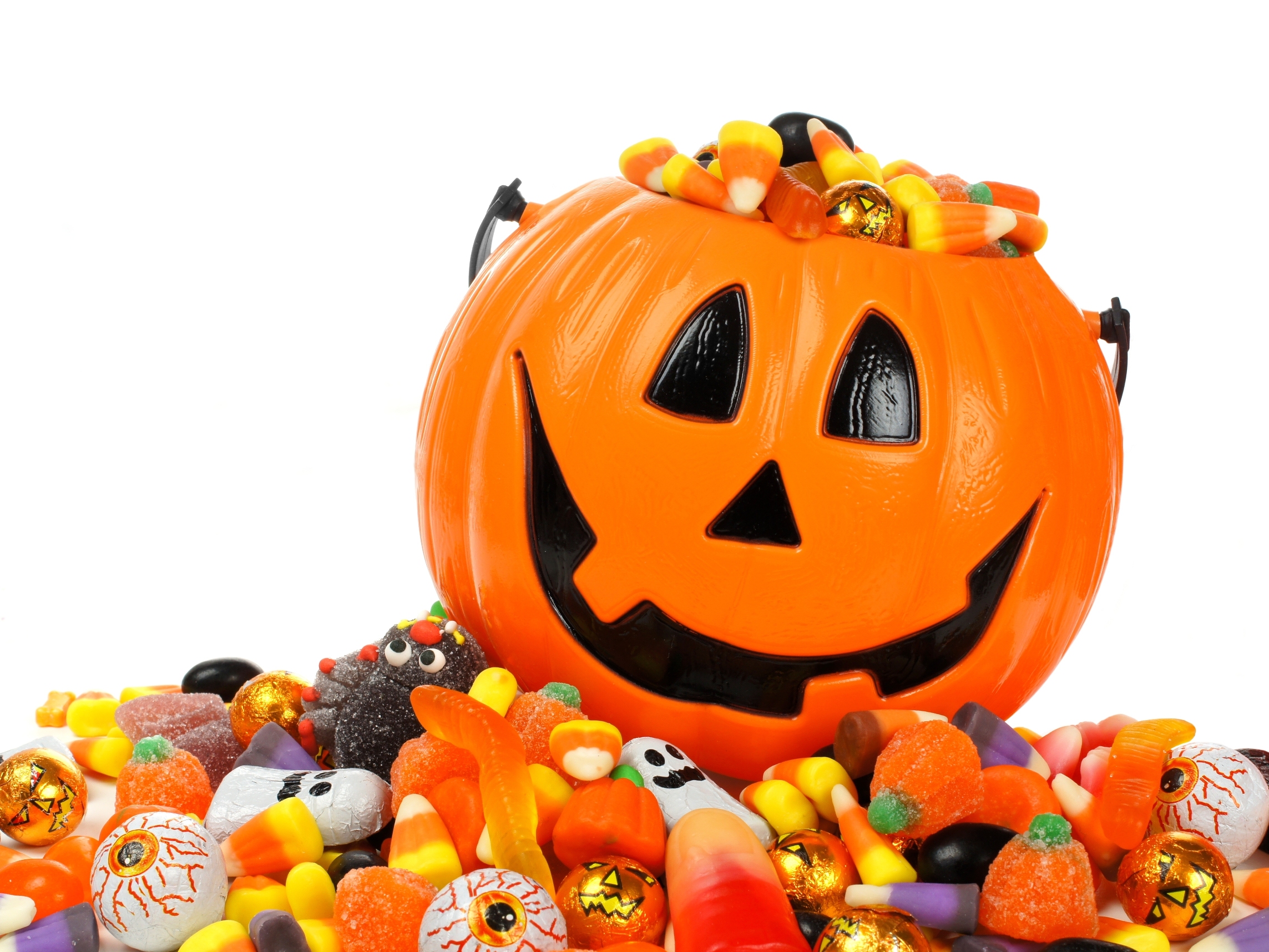 Halloween Candy contains the metaphysical energy of the Halloween Spirit. When eaten it can embolden one to be more open to the frightful fun of All Hallows Eve festivities. In general, it may give you more physical energy than the sugar provides. This happens when it augments the metaphysical energy of your soul which in turn filters into your body. The level by which that happens depends on the state of your health both physically and mentally. Some dark witches and warlocks may attempt to steal large quantities of hallowed candy for magical spells. If your Trick Or Treaters suddenly have their candy stolen by some crazy adults then odds are good they’re dark magicians…or on some manner of drugs. If they are into black magic then they play a dangerous game in tipping the metaphysical balance and incurring the wrath of Shala in a variety of ways. If nothing else the enchanted energy of the stolen candy is warped causing bad luck to follow!

Don’t Be The Fool Who Hands Out Toothbrushes, Fruit, Etc. On Halloween! 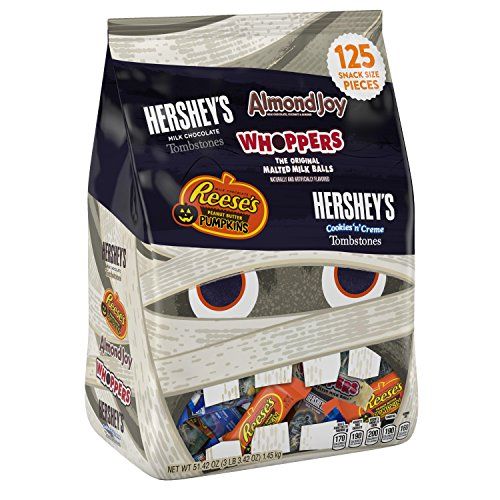 Those who give out things that don’t bring joy to children may find themselves on the wrong end of the Hallowed Spirit. Thus opening themselves up to dark luck. This includes passing out fruits, vegetables, toothbrushes, other non-treats, and even the rock of disapproval. There’s always that unlucky kid who gets the rock as an equivalent to Christmas coal. Just be aware that if you do it then you get that bad luck back at you. Most probably in the form of your window being broken by said rock! The only situation where passing out a rock, or some other crappy thing, is if you know for sure the kid is a bully who is beyond mischievous. Those who don’t wear a costume and look way too old are also fair game. Thankfully, this doesn’t necessarily apply to candy a kid happens to not like. If you gave it in goodwill then odds are they will simply share, or trade it with someone who does like it. For those of you with true darkness in your hearts be aware of the dangers that face you! Giving out tainted, poisoned, or pin ridden candy may literally send you to Hell! Not for eternity but even staying there for one minute is something nobody wants to experience!

Are Gifts In Lieu Of Candy Acceptable For Halloween? 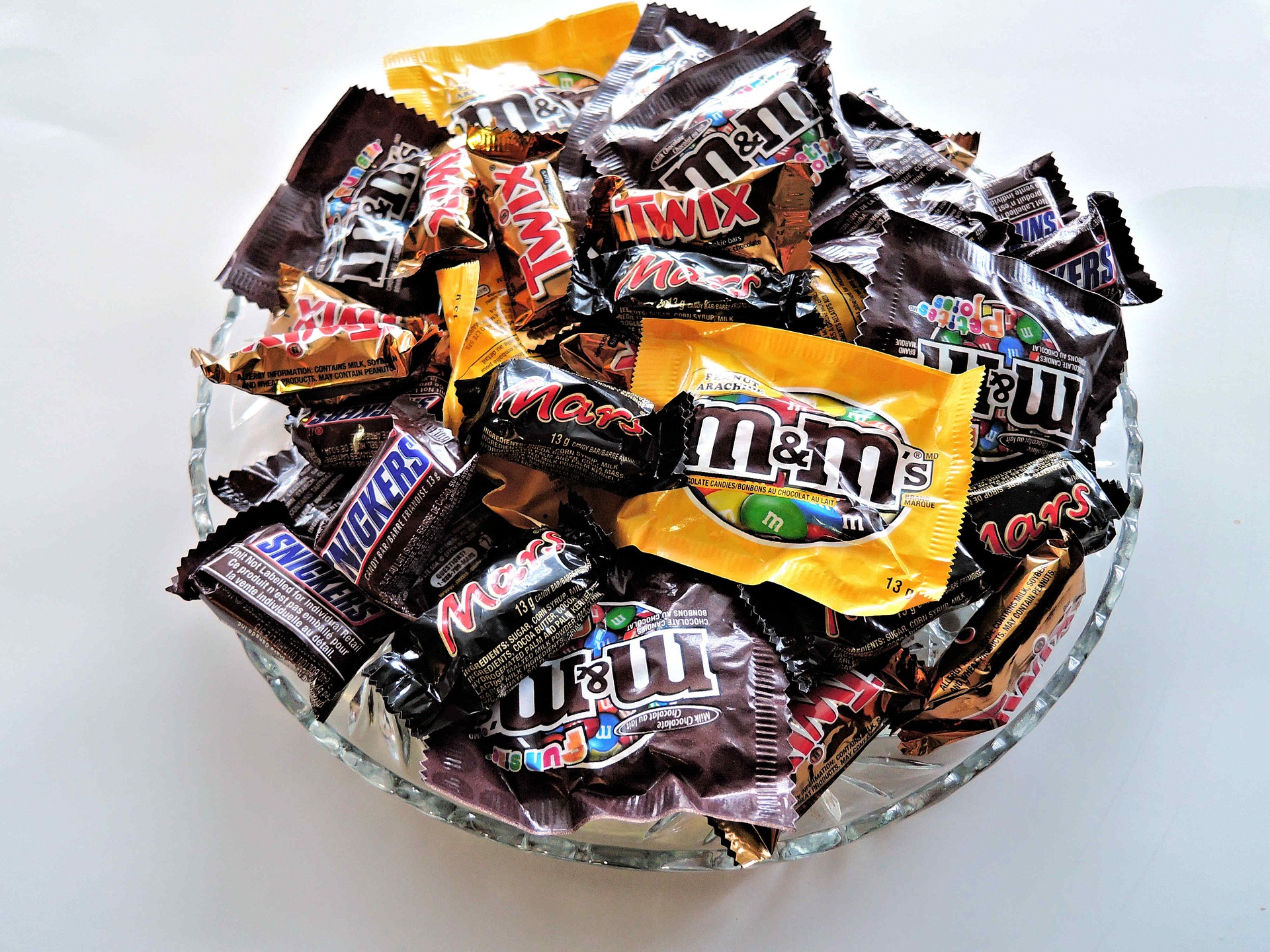 Giving out toys is borderline, and falls into Christmas territory. Always augment Halloween toys with candy. If not make sure it’s something really cool or even expensive to get the kids excited. It must be something they would rather have than candy! That’s a hard sell! Probably something that’s really trending or a collectable related to a movie series. Outside of Trick O Treating Halloween gifts are okay. Especially for adults who may not have a sweet tooth. The Halloween Spirit holds no ill will if someone genuinely doesn’t like candy. It also doesn’t discriminate against those with Diabetes. In such cases something other than candy is acceptable but it must bring the person true happiness for at least a brief moment.

A Special Place In Hell For Those Who Taint Halloween Candy! 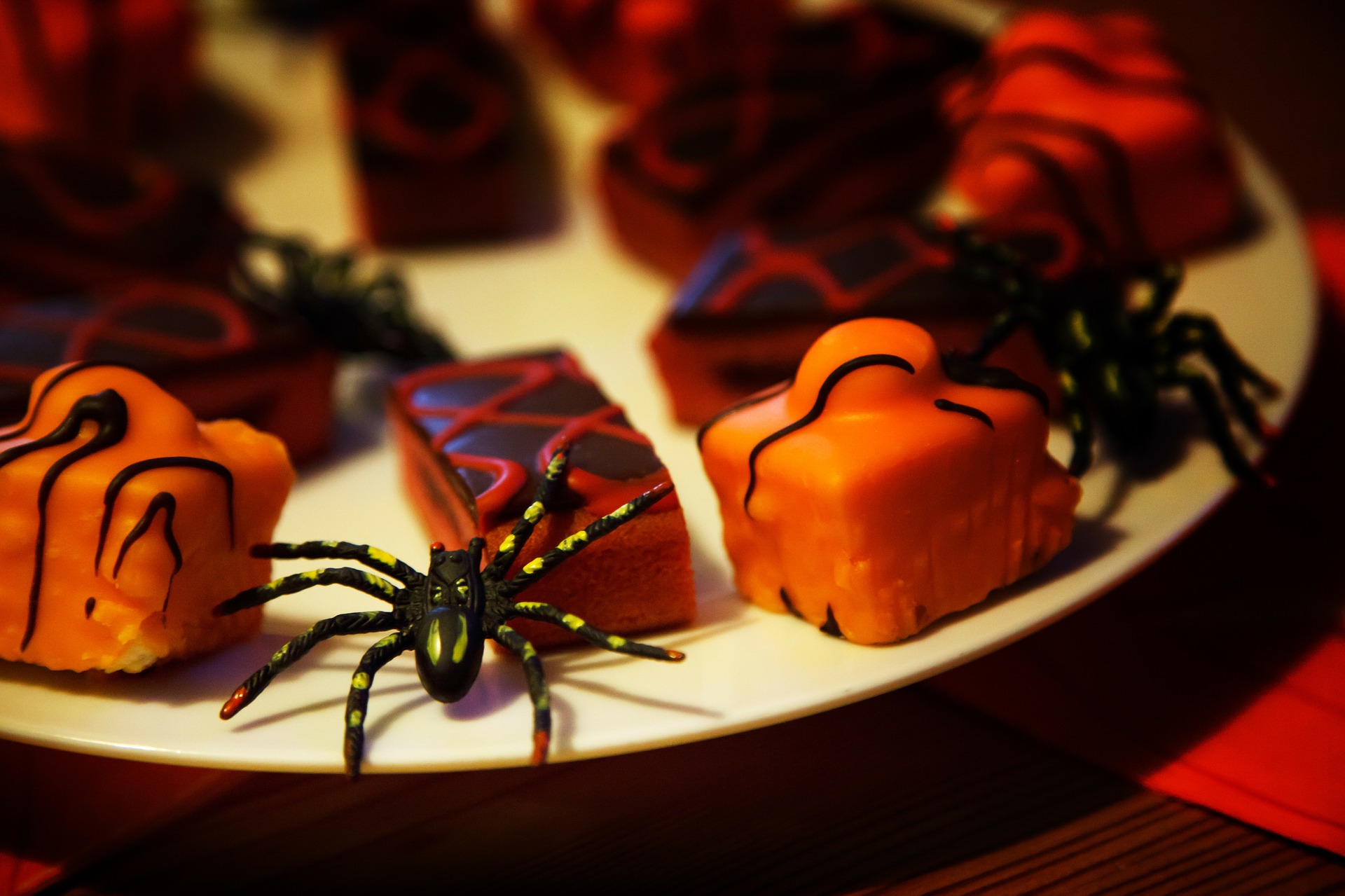 Those who choose to corrupt the Halloween Spirit, and bring harm to kids through unHallowed Candy, shall face a deep price! Queen Shala is also considered a Halloween Goddess. Let’s just say she owns some rather hot property in The Underworld. As an Angel-Demon Hybrid, she is powerful enough to temporarily hijack your soul’s natural journey to the afterlife. Depending on the degree you corrupt a kids candy, you may find yourself in a Hell of her creation.  Pray that’s what happens rather than her being so disgusted by you that she sends you straight to Hell for the Devil to deal with! The actual time there may be short before one’s own Guardian Angel intervenes but temporal manipulation in the Underworld is a snap. A month could seem like 100 years! So don’t risk it! This even includes those who steal candy. Although only dark luck is generally employed if it isn’t a huge amount. 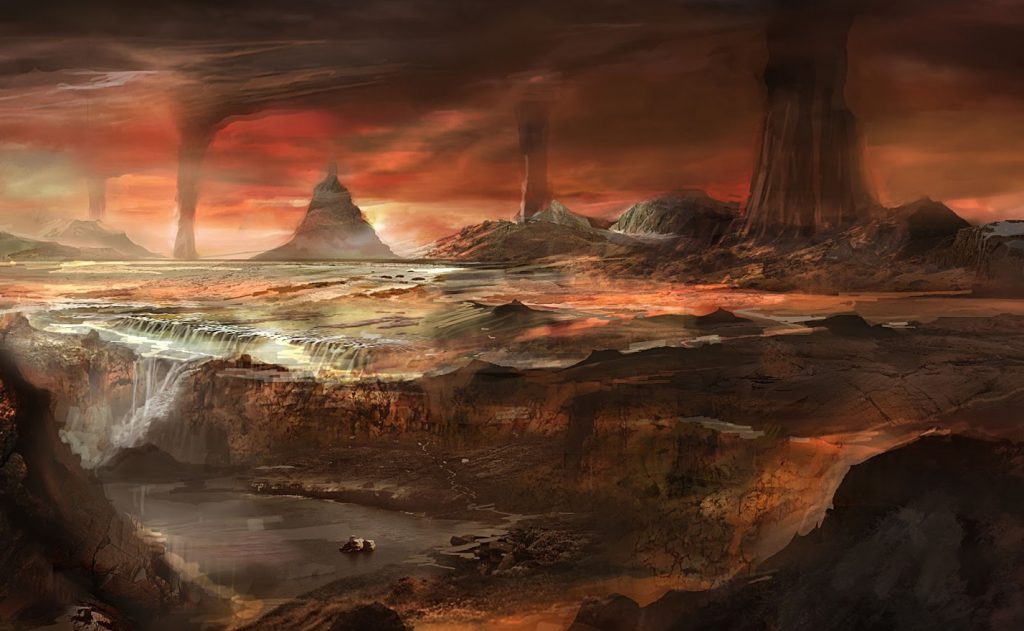 Even though the Devil doesn’t approve of Queen Shala, he does like messing with people who play the evil game the coward’s way. He likes dark individuals who put intelligent effort into challenging malevolence against those who aren’t Hell bound. Losers messing with innocent kids by playing reprehensible games with their candy makes them a demons target!  It’s plausible just as your Guardian Angel is about to save you from Shala you then find the Devil dragging you down to the real Hell! Again this is temporary but the time manipulation can be off the scales down there!  We’re talking about one day feeling like 1000 years! If you know what’s good for you leave the kids alone!

Happy Halloween And Safe Trick Or Treating To All!🎃

"The Magic Of Halloween Candy", 5 out of 5 based on 1 ratings.
Share This Story

We love all things Halloween! Whether it's glee of trick o treating, the iridescent allure of the autumn season, or the spooky mystique of supernatural beings. Enter the world of Halloween all year round on our All Hallows Blog.
View all posts by Halloween Haunter →
This entry was posted in Halloween Candy, Trick O Treat. Bookmark the permalink.
Copy Protected by Chetan's WP-Copyprotect.