Posted on December 21, 2020 by Xavier Remington 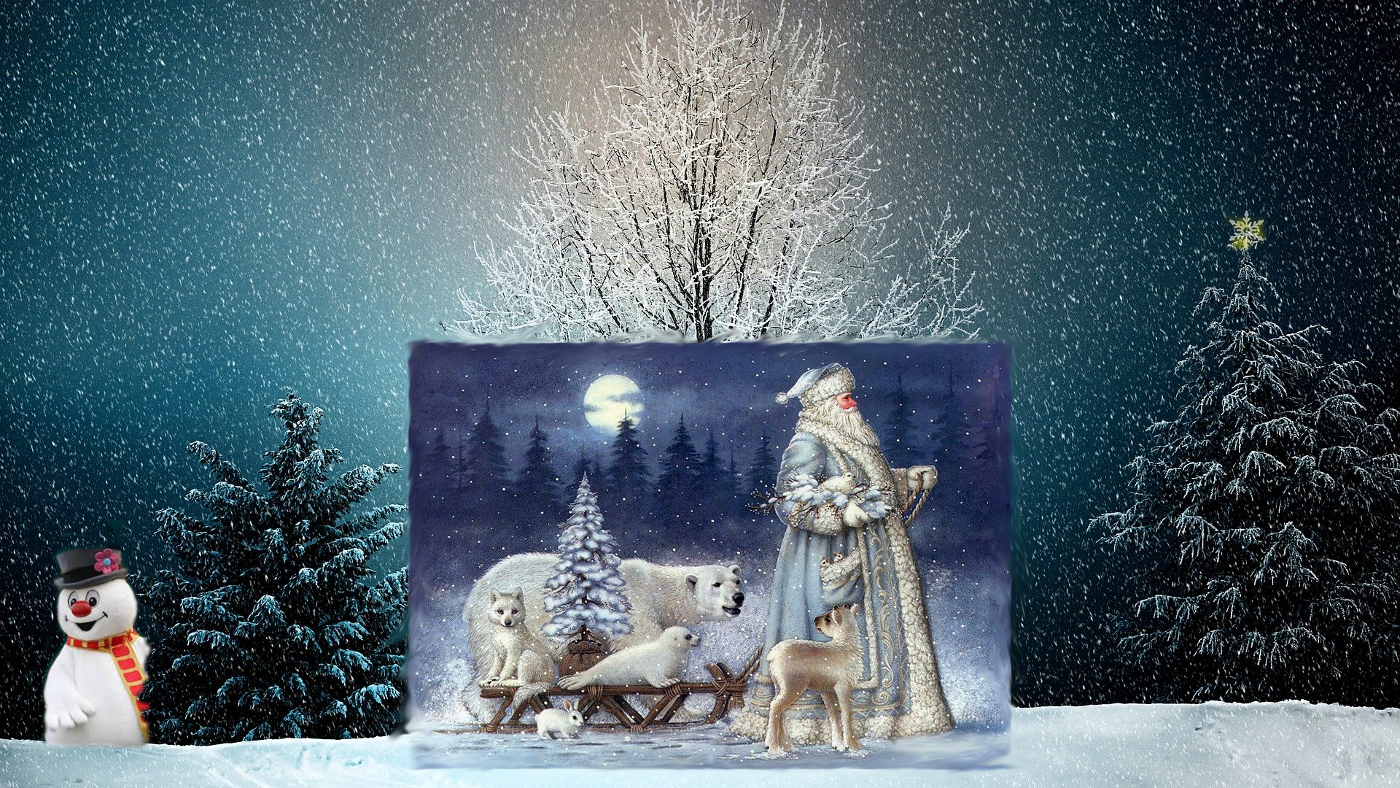 The Annual Winter Solstice Yule Ceremony is held at North Pole City to celebrate all things Winter. The sacred ceremony takes place in Claus Forest at the exact hour of the Solstice. Santa Claus wears a light blue suit while followed by several polar animals under his zoopathic control. Although, many are babies there are still large polar bears! At an altar the first Yule log of the season is lit ablaze as Jack Frost, the Primordial Winter God, brings forth snowfall blessed holy by Saint Nicholas. Santa presents him with a special small Christmas tree. Jack blesses it to signify his acceptance of Christmas into the Winter fold he’s presided over for millions of years! Many other Winter Gods, Goddesses, Nymphs, Fairies, and Elves appear as well. Even Earth’s own Goddess Gaia has been known to make an appearance.🎄

The Forest Of The Winter Gods

Afterward everyone at the North Pole decorates the forest in Christmas lights and dandy decor amid gentle shimmering snows. The polar animals frolic among Elves and Santa’s Reindeer in a playful manner. Rudolph’s red nose causes a warm crimson glimmer on white snowy surfaces. Frosty The Snowmans hearty laughter can be heard as sweet refreshments are served to the honored guests. A bright Yule Moon is projected into the skies if one isn’t already present. This courtesy of the combined powers of all the winter deities mingling about. It is one of the rare opportunities for visitors to literally walk among Gods and Goddesses! Hours later everyone gets a glittering white snowflake medallion as they exit the forest. The medallion has mystical properties and will make it lightly snow for a few minutes within several feet when thrown into the air! Even at the Equator! Most go to bed after this while others head over to Jack Frost’s Ice Castle for a wilder party to ring in the Winter season!❄️

🎅As the Founder and President of Mystic Investigations I have dealt with all manner of metaphysical mayhem! However the supernatural beings and paranormal phenomenon of the Christmas season are some of the most magical. Our supernatural crime fighting team has had the honor of being welcome at the Demi-Angel Santa Claus's North Pole City and the horror of battling the diabolical Anti-Claus! This Xmas blog was born out of a deep interest and love for The Spirit Of Christmas! Merry Christmas To All And To All A Safe Night!🎄
View all posts by Xavier Remington →
This entry was posted in Jack Frost, Santa Claus, Winter Solstice. Bookmark the permalink.
Copy Protected by Chetan's WP-Copyprotect.