How Does Santa Claus Go Down The Chimney? 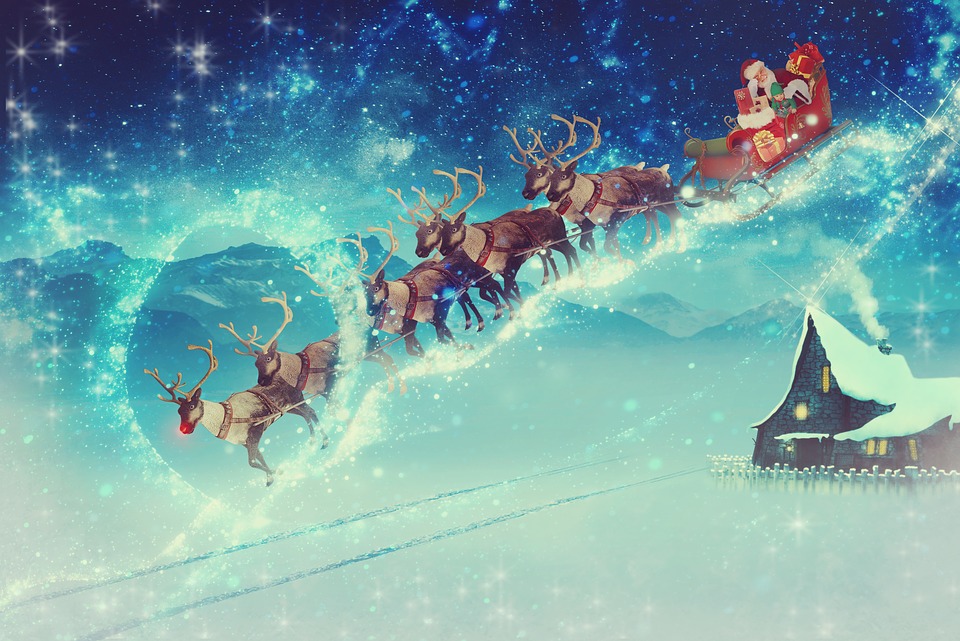 Our Father Christmas Santa Claus is known to enter homes on Christmas Eve via chimneys. Although in modern times many people no longer have fireplaces. Instead, we have a lot of furnace exhaust vents that a squirrel can barely fit down. Some have suggested Santa possesses Slenderman like shapeshifting abilities. However, that is not the case. As a Demi-Angel he has command of a wide array of powers. This includes Teleportation. Although there are limits to his power. Most specifically when it comes to the extreme amounts of enchanted energy he needs to access.🎅

Why Does Santa Claus Enter Homes Via Chimneys?

In order to conserve energy, Santa chooses the most open route into a home rather than just transporting through walls. It simply requires less metaphysical energy than going through a solid object. Chimney access when a fireplace is present allows the shortest route to the Christmas tree. Every second counts when you have to deliver gifts to millions of homes within a short span of time! When a furnace flue is involved he teleports into the furnace, usually in the basement, and then through the air vents to the evergreen tree. Only if he’s low on energy will Santa actually shoot out of the furnace and ascend the basement steps. Fear not if he misses the mark and ends up in the flames of the hearth or furnace. He is virtually fireproof and cannot be burned. Plausibly only unholy flames dark blessed by demons could harm him! Also if he ended up in a tight spot his super strength could easily burst him out. There have been a few incidents where furnaces have been annihilated! This is one of the purposes of the Elves who travel with him. They can re-build anything in a few minutes!🔥

The Great Claus generally avoids entry by door or window as he could be seen by someone. Skulking outside a home at night can bring a lot of unwanted attention.  Not to mention the proof of boot prints that would be left behind in the snow. There’s also a greater chance of alerting people in the home to his presence. Especially with ever increasing alarm system installation. Naturally, Santa or his Elves can quickly cut off an alarm if the need arises. In the end, a roof to indoor Christmas Tree route is the most cautious option. Especially as Santa gingerly skirts the infamous Supernatural Secrecy Pact!🎄

Why Doesn’t Santa Claus Simply Teleport Everywhere In The World?

As Teleportation uses an amazing amount of power he relies on his flying reindeer rather than instantly blinking into homes around the world. He rarely uses this ability and generally only partakes of it on his Christmas deliveries. Even then we’re still talking about millions of supernatural leaps up and down chimneys, vents, and even plumbing pipes in one night. That is why he draws heavily upon the raw power of The Spirit Of Christmas. Thankfully, the Spirit is at its maximum during the time Santa needs it the most. He also draws upon it to open wormholes that bridge the gap between long unpopulated expanses. Teleportation of his entire sleigh complete with reindeer has only been done under emergency situations. In such cases, Santa may augment his powers with Enochian Angel magic. However, calling upon sympathetic Angels can only be done sparingly. The same goes for magic calling upon Nature Deities or other higher dimensional beings. They don’t like to be bothered even if it at the request of Immortals like Saint Nicholas.😇

🎅As the Founder and President of Mystic Investigations I have dealt with all manner of metaphysical mayhem! However the supernatural beings and paranormal phenomenon of the Christmas season are some of the most magical. Our supernatural crime fighting team has had the honor of being welcome at the Demi-Angel Santa Claus's North Pole City and the horror of battling the diabolical Anti-Claus! This Xmas blog was born out of a deep interest and love for The Spirit Of Christmas! Merry Christmas To All And To All A Safe Night!🎄
View all posts by Xavier Remington →
This entry was posted in Christmas, Santa Claus. Bookmark the permalink.
Copy Protected by Chetan's WP-Copyprotect.