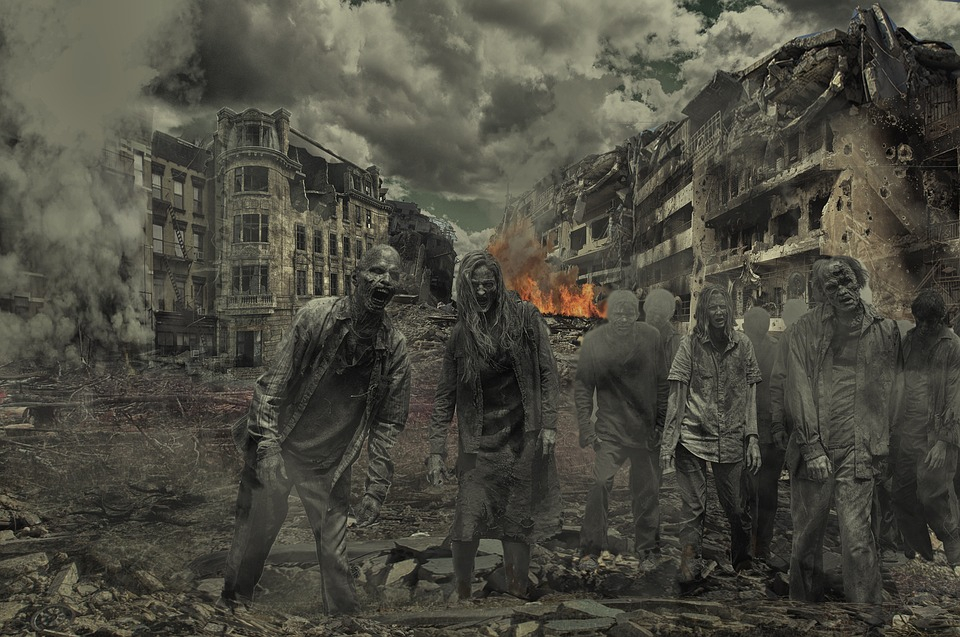 A Yellow Alert has been issued globally throughout the supernatural world! There has been an exponential increase in general paranormal activity due to the Double Blood Moon’s of the October Halloween Season. These two Full Moon’s are linked through time and space via a massive metaphysical energy feedback loop caused by the ultra-rare Blue Blood Moon that falls on Halloween itself! Something that was last seen on All Hallows Eve 1974. The top threats at the moment are vampires, werewolves, and zombies. In fact, the walking dead threat has tripled thus causing a Grey Alert to be issued for the entire planet. This means there is an increased likelihood of the Zombie Apocalypse taking place! Fear not for Zombie Hunters are out in full force along with The US Paranormal Defense Agency, and other secret agencies of other nations!

Zombies Are Afoot Near You! 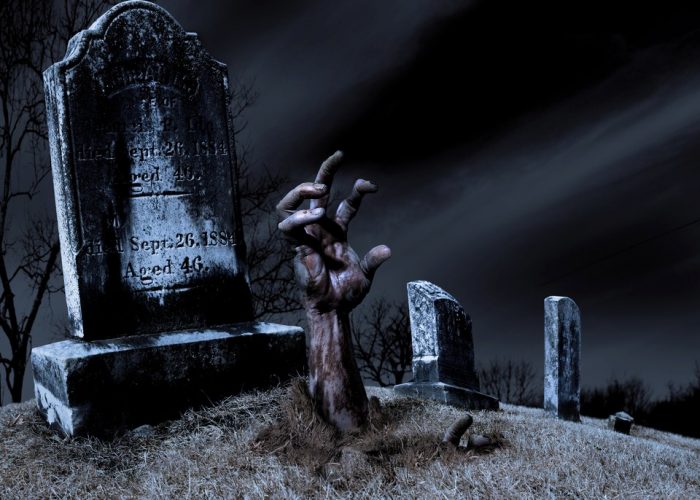 We can thank diabolical Magical Practitioners, including Voodoo Masters, who always try to raise their own armies of the Zombie dead during the Halloween Season. There’s always some wayward witch, wizard, or warlock who thinks they’re going to take over the world with their mindless minions! Then we have The Plague Doctor and his crazy cult who always get into the Halloween Spirit by spreading the Zombie Virus around the world! In addition, corpses can spontaneously reanimate and rise from their graves with a hankering for human flesh! This is initiated by both the dark energy of the double Blood Moon, and the usual Samhain weakening of the veil between life and death. In some cases the dearly departed with unfinished business will return and possess their dead bodies. This gives us the rare sapient Zombie, aka Zombie Ghost, who doesn’t have the same appetite for flesh. However, they soon realize they will need to cannibalize in order to delay their rotting state! Related to this we are also seeing a big escalation in hauntings, demon possessions, and poltergeists! Stay away from anywhere dead people reside or ever did in the past!

Werewolves And Vampire Remain An Ever Present Danger! 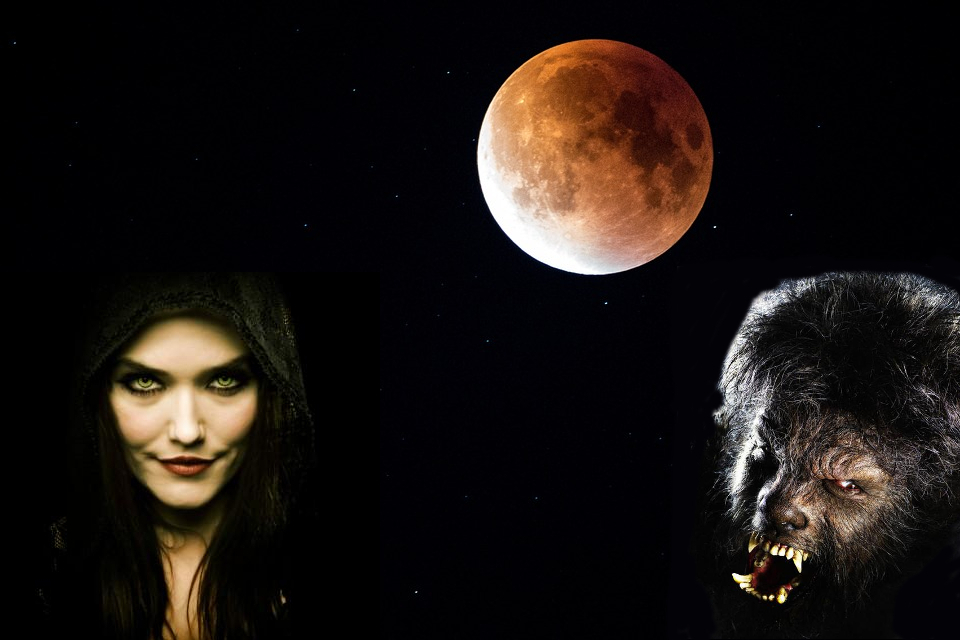 As of posting this Warning, the Blood Moon is still 90% of Full thus posing a serious threat. We originally forecast things would be supernaturally safer when it was down to 75%. Now we believe you should wait to partake of nocturnal activities until it’s 50% of Full in its Third Quarter on October 10th, 2020. The potency of these lunar energies is off the scales! Werewolves could actually transform far below the 80% of Full usually required. Not to mention these hairy horrors will be far more dangerous than most other months. Vampires will continue to experience a more monstrous state with the Blood Moon Fever. If you know any gentle caring Twilight-style vampires then we suggest you steer clear of them until the 10th of October! If you spot any suspicious supernatural activity contact your nearest paranormal professional or good practitioner of magic. Those of us out in the field here at Mystic Investigations will not see a day off until the start of the Christmas Season on November 3rd!

NOTE: While Vampire and Werewolf countermeasures will be far less effective this month, the Zombie Repellents will work as they usually do.