There are many secret supernatural schools of magic around the world hidden from public view. Unfortunately, the most famous fictional school, Hogwarts School of Witchcraft and Wizardry isn’t one of them in our particular reality. However, it does exist in a Parallel Universe along with the entire world of Harry Potter. This is courtesy of Author Authority powers via the human collective consciousness believing in JK Rowlings stories. Thankfully, we have the next best thing! The McTavish Magic School!

McTavish International Academy Of Magical Sciences, sometimes simply called McTavish Magic School, is the most preeminent and exclusive school of magic on Earth! It’s located in the magical highlands of Scotland on the shores of the mystical and picturesque Loch Ness. The entire academy, including the students, are invisibly cloaked via powerful magicks. The school was founded in 1333 by one of the most famous and powerful Sorcerers of all time, Ian McTavish. He was born in Inveraray, Scotland in 1142 from a long line of magical practitioners that included hereditary witches. His ancient ancestors had their origins in the building of Stonehenge dating back to 3000 BC. He was a child prodigy of magic and quickly advanced his skills to Wizardry and eventually became a top-flight Sorcerer.

His magicks became so powerful that he was able to reverse his aging process and stay forever young. Today he is still the Immortal Headmaster of the MIAMS and is generally thought to be one of the most powerful persons to wield magic on Earth. He started the magical school to forge an enchanted path of righteousness around the Earth. He wished to shape countless generations of enlightened people to wield magic as a force of good in the eternal fight against evil. It was the first school of its kind that scoured the Earth looking for magical talent. It spawned a handful of other magical institutions around the world.

The Building And Cloaking Of A Secret Magic School Ian McTavish bought the land and built a castle under a magical cloaking spell with the help of a paranormal work crew. Over the years he’s purchased more land under various corporate names and expanded the facilities greatly. The cloaking spell not only makes the school grounds invisible but also sends them slightly out of phase with reality so outsiders don’t walk into walls. To an outside observer the land looks natural, untouched, and free of any buildings or signs of any person on the property. To avoid confusion the cloaking spell cloaks normal people who might travel across the land from being seen by the students and faculty. If this wasn’t the case then people walking through the walls would appear as ghosts to the student’s. They wouldn’t want to take away from the real ghosts.👻

Animals are able to see the grounds and sometimes walk through the walls while other times avoiding the buildings. Unlike average people who might walk through, the animals do remain visible to the teachers and student. Whether it be a ghostly looking deer or bird flying down the halls. The school is also home to mythical animals such as Unicorns which are also cloaked from being seen by the general public unless they leave the grounds. If you’ve ever walked the entire length around Loch Ness then you probably walked right through the school without knowing it!

Application And Acceptance To McTavish 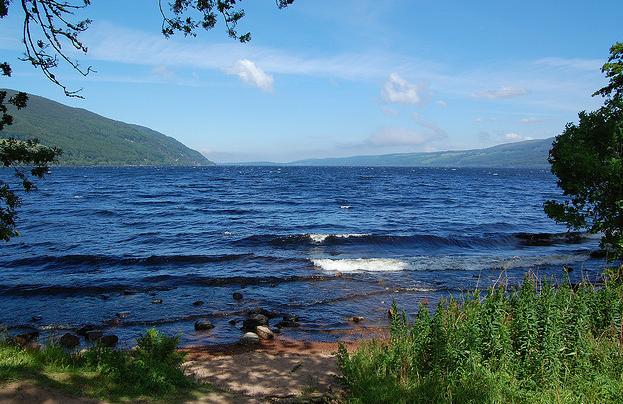 Applications are not required and are almost never accepted because McTavish chooses you and not the other way around! He and his top-flight mystical staff detect those with magical potential from around the globe! This takes place in The Department Of Magical Potential. Specifically, in a room with a giant swinging crystal pendulum hanging over a giant gold map of the world on the floor. When one is deemed worthy to attend the academy they get a very special notification of acceptance. An invitation to the magic school appears out of nowhere on the pillow of their bed. It will be in a purple envelope that seems to be made of silk yet it’s firm. Your name will be embossed upon it in 24K gold and Ian McTavish’s official seal will be in gold, silver, and crushed multi-colored crystals.

Inside the enchanting envelope will be a magical invitation on a type of iridescent glittering paper you’ve never seen before. It will instruct you on how to reach the magic school to begin your lessons. And no it doesn’t involve you going to a train station and running into a brick wall. Most still don’t believe it even when seeing the print dance around with holographic images on the paper. That is why a spell compels the person to find the school for their own good! That being said, Acceptance is probation-based. One must still pass various tests of magical potential before full admission is accepted. Read The Rest Of The Story Here…🧙‍♂️