Discussion of Zombie history, the potential for a zombie virus outbreak, and its ramifications on modern society along with how to defend yourself against a zombie. By no means is this the complete history but rather what the mainstream establishment knows about zombies. The real history is cloaked in mystery, and known only to a limited number of paranormal professionals, and supernatural beings. The first known zombie formed by the supernatural zombification virus was created by accident in Ancient Sumer in approximately 4129 BC. The zombie virus came into existence when a new mystical embalming process was used on a man who was thought to be dead but rather in a deep coma. Since magic was around far before that it stands to reason that the dead rose form their graves before that as well. However, it was kept under control until the zombie virus was accidentally let loose upon the Earth to run rampant. 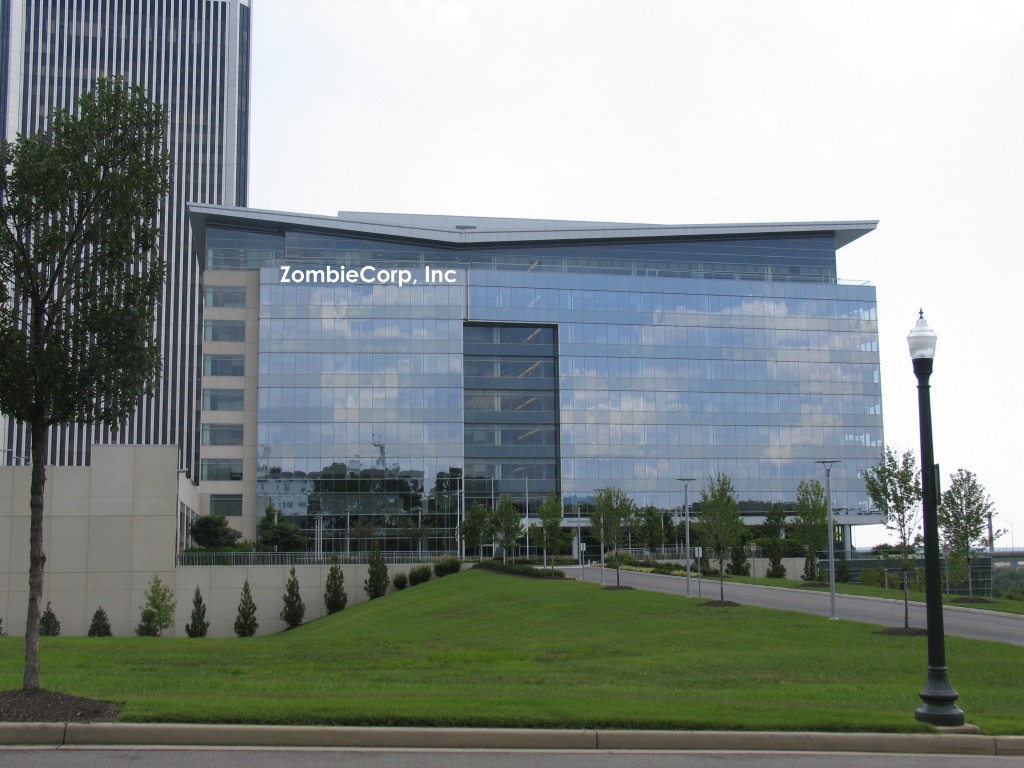 Lee Sampson, President & CEO of the California-based ZombieCorp, Inc. says he’s “Locked and loaded for Halloween havoc!”  Lee started ZombieCorp in 2001 to address the growing zombie plague from the world of the paranormal.  There’s also the threat of man-made zombie viruses looming over the horizon from both government and private sources.  ZombieCorp is a member of the growing number of supernatural crime-fighting corporations.  These various organizations, ranging from general paranormal investigators to supernatural hunters specializing in a certain area, are at the forefront of the war on paranormal terror.  This includes our very own Mystic Investigations, Inc., which handles a plethora of paranormal problems on both a paid and pro-bono basis.  Lee and his ZombieCorp also do the same and wish to eradicate the planet of the zombie scourge that has plagued mankind for centuries.

Unfortunately, the government doesn’t actively fight the war on supernatural terror despite knowing the true nature of our paranormal planet.  They instead focus on supposed scary men in turbans, and domestic dissenters of the corporatist regime.  Lee exclaims, “The government isn’t even interested in investigating mad scientists who dabble in zombie viruses for Pete’s sake!”  So it’s up to private organizations to take on the metaphysical madness that lurks about the shadows just around the corner from your home.  Lee Sampson was actually a zombie specialist for the US Paranormal Defense Agency (PDA) which is a secret agency of the Department Of Defense.  He was dismayed by their bureaucratic red tape, lack of leadership, and drive to take on the living dead menace.  They instead focused on capturing only a handful of zombies just to research for military applications that could be used against US citizens someday should a revolution occur.  Lee left the PDA in disgust and created ZombieCorp.

He used his extensive list of connections to solicit clients and took down various zombie uprisings around North America to demonstrate the effectiveness of his zombie-fighting skills along with his hand-picked team of paranormal professionals.  We at Mystic Investigations have had a few opportunities to work alongside the fine fighters at ZombieCorp in various graveyards, and Native American burial grounds around this great nation of ours.  There are many local governments, and wealthy individuals who will pay whatever it takes to eradicate a zombie infestation and ZombieCorp boasts record profits for 2011.  There’s even talk about going public on the New York Stock Exchange.  Although Lee feels too many investors will scoff at the idea of a Zombie Corporation.  Lee said, “Too many people have their head in the sand when it comes to supernatural entities.  They exist folks!  They’re a threat!  We’re fighting the problem, and we’re making good money.  Just invest in us dammit!  We’re a sure bet!”  We here at Mystic Investigations agree Lee!  Keep up the good work, and let us hope this Halloween doesn’t bring us too many zombies. 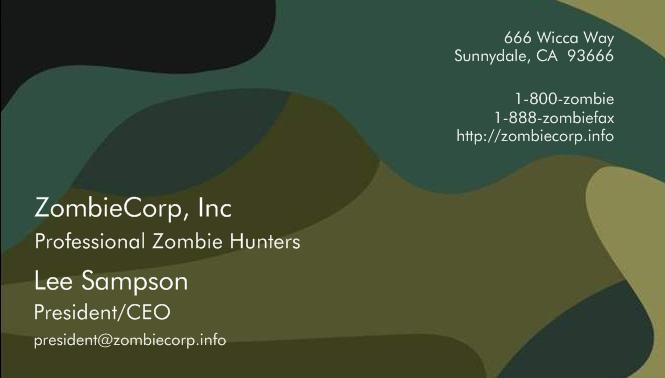