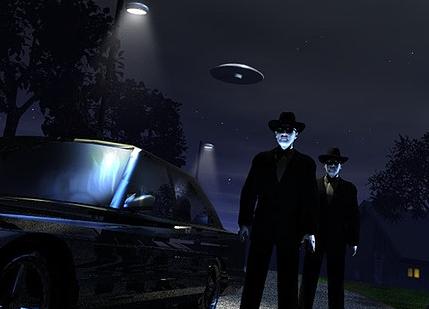 The Paranormal Defense Agency is a top-secret off the records black ops agency of the United States Department Of Defense which was founded in 1977 by President Jimmy Carter. Their world headquarters is a vast facility 500 feet under Washington DC with a secret tunnel leading directly to the White House, and Congress as well. They are responsible for the so called “Men In Black” who have spooked many an American citizen in their paranormal investigations. They will often refuse to identify themselves or do so without showing ID. Sometimes they will pose as members of other governmental agencies, and show ID. The Paranormal Defense Agencies origins date back to the very formation of our nation into 1789. Although they can be traced even further to the colonization of North America by European settlers who had to deal with the supernatural scourges of vampires, werewolves, zombies, ghosts, and a plethora of other entities of evil. In the early days of the United States some secret supernatural societies were transformed into secretive Federal agencies. As the government grew so did the number of agencies that dealt with the many paranormal threats against the American people, and the government in general. By the 20th century, the government was no longer as transparent, and such secretive agencies could grow easier without anyone noticing. Secrecy was essential to prevent mass panic. This conveniently allowed the government to not violate the Universal Law of the Supernatural Secrecy Pact.

Continue Reading About The History Of The Paranormal Defense Agency

Currently, the Paranormal Defense Agency spends most of its resources on capturing paranormal beings for experimentation, and genetic engineering along with harnessing metaphysical energies for use in weapons.   Since the government sees the world of the supernatural as a threat to themselves they work on defensive as well as offensive measures applicable in all areas including the non-paranormal world of warfare.  They also actively cover up the paranormal to prevent public panic.