A documentary chronicling the infamous Roswell, New Mexico incident and the conspiracy to cover it up. Also amazing video of a possible alien autopsy! 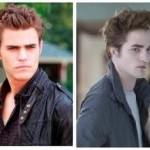 Naturally the girl or boy who is the object of a vampires obsession is shocked to find out what they really are. However they almost always fall in love with the strikingly beautiful, and beguiling vampire.  The teens in question don’t care that their love interest is in fact old enough to be a skeleton, or even dust in the wind!  Many teenagers are bewitched by the charms of vampires, and mystical nature of their immortal lives.  Sometimes it’s the hypnotic suggestions talking but most of the time these foolish kids go head over heels for the drinkers of forbidden blood.  This is especially true for the girls who find male vampires beyond irresistible in comparison to the silly awkward, immature, and sometimes vile little teen boys they are usually forced to choose from. The ones they end up marrying, and divorcing in later years! Many boys on the other hand are unsure if they can handle the sensual seductiveness of a hot young looking Vampira.  Sometimes things get complicated when a young Werewolf enters the equation since they’re the natural enemies of vampires.  Such supernatural triangles of youthful love can often turn dangerous!

Suppose someday humanity gains immortally through technology?  Would it be acceptable for an 80 year old guy who looks 17 to go back to high school, and date a 16 year old?  Of course not!  It’s certainly not acceptable for young looking adult humans who have posed as teens, and even re-entered high school under an alias. That 80 year old, and others of his mental kind, would be branded perverts, and a pedophiles.  So why do vampires think they can operate above the law, and corrupt teens?  As one vampire we interviewed told us, “Because I can!  Nobody has the power to stop me!”  Well someone did not long after interviewing him.  A vampire slayer who took him down with a vengeance!  It’s time to send a message to fresh faced vampires that we will not tolerate them infiltrating our high schools, and dating our kids any longer.  Your charming charisma will no longer fool us! Why not at least go back to college?  Go find someone your own age or better yet someone of your own species you filthy fiends of the night!

If you’re a parent worried about your teen, and want to protect them against blood sucking Lotharios, then we have a few tips.  Firstly, these tricky suckers have ways of existing in the sunlight. These include magical daylight rings, and gnomes blood to name a few. However none of these are permanent solutions, and you may catch a few wisps of what appears to be steam coming off them in sunlight. Secondly, be very suspicious if your daughter is suddenly dating a brooding guy, with dark heart felt eyes, who rarely smiles, and dons an odd Pompadour.  If the guy seems much too caring, attentive, philosophical, and beyond mature for his age then look into his past.  Be wary if your son’s latest love interest is way too hot for him.  Female vampires often go for intellectual types with an air of innocence. Corrupting them is a deep turn on in their demonic eyes! So if your computer nerd of a son is suddenly dating an ultra hot chick it’s probably time to douse all his food in garlic!  Either way we recommend heading down to your local church, and getting some holy water.  Then find an excuse to sprinkle some on the suspected vampire, or put a few drops in their drink.  You could also get them to hold a holy cross, or Bible as well.  Vervain is also a herb that causes great pain, and temporary cellular destruction in vampires.  Once you’ve exposed them they will tug at your heartstrings, and declare their living dead love for your child.  They will also claim that their existence in your child’s live is essential in order to protect them from various evils that are usually a result of their presence to begin with!

If your teen knows his dark secret then she or he will plead with you to let them date.  Don’t fall for any of it! Just about every teen who gets involved with a vampire ends up in serious danger along with all their family, and friends.  We don’t recommend dealing with the vampire on your own. Especially with your teen nearby.  They’d never forgive you for staking their boyfriend or girlfriend.  Instead call your local vampire slayer, or paranormal investigations firm to dispatch the ancient teen with extreme prejudice!  Let the pros come in to clean up the vampire, and his paranormal mess.  If you’re lucky they might very well do it for free!  Of course in the end you’re responsible for managing the mental health of your angst ridden heart broken teen!

A new virus never seen in humans before September 2012 has been linked to the diabolical denizen of diseases known as The Plague Doctor.  This SARS like disease is a Novel coronavirus called Middle East respiratory syndrome coronavirus (MERS), and has been linked to 149 confirmed cases with 63 fatalities.  The Plague Doctor has also been linked to the creation of the AIDS virus as well.  This most despicable of paranormal beings lives to bring misery upon humanity by violating his original Hippocratic oath by dedicating his life to unrelenting biological warfare.  The dark Doctor was last seen in Buenos Aires, Argentina in late September of 2013.