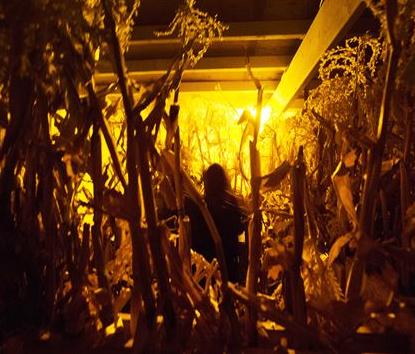 Chilling Corn Mazes as seen in the videos at the end of this story are becoming as common as the quintessential Halloween Haunted House.  As with all attempts to re-create hellish horrors in a safe frighteningly fun environment there runs the risk of malicious metaphysical forces ironically interloping. There are even humans with malevolent machinations turning the awesome attraction into something truly alarming!  In our paranormally active town of Woodland Springs we have a higher than normal risk of this but thankfully we’re on guard against such nefarious plots.  The supernatural members of our paranormal investigations team even volunteer at local Halloween events free to display their identities to the public under the guise of costumes, make-up, prosthetic’s, and special effects.

Halloween Is The Supernatural Beings Time To Publicly Shine!

Our vampire Drake Alexander can run about corn fields and haunted homes with eyes glowing & fangs extended. Our Demi-Mermaid Witch Rebecca Abernathy can also display her shimmering sapphire eyes while performing blatant magic.  Even glamouring her appearance and making mock ghosts out of thin air!  Our Telekinetic Psychic Julia Hathaway can make small kids see things that aren’t there while causing objects to float about. People just assume it’s strings at work or even holograms! In the old days, supernaturals like us couldn’t get away with this in public and would be burned at the stake! Wrongly accused of being in league with the Devil!

A Terrifying Tragedy At Hand Due To A Haunted Past

Unfortunately, the most prolific paranormal Halloween corn maze incident took place in 2003 on a now damned farm in Minnesota. Naturally, you never heard this story because as usual the government, aka The US Paranormal Defense Agency, covered up the grizzly incident! It was the night before Halloween. The sun had set only a few hours earlier as parents and kids ran through the dark shadows of the dry corn stalks littered with costumed creeps and scary animatronic props.  Sudden scares were met with nervous giggles and sometimes wild weeping from the younger kids who were reassured it was all good clean diabolical delights.  The land upon which the cornfield sat was unknowingly the site of an ancient Native American tragedy that was only realized once it was too late.

A Native American Serial Killer Curses The Land Upon Which Blood Is Spilled!

A wedding ceremony took place on the farm field over 1000 years ago the day before Halloween. A powerful tribe leader named Shappa was marrying two lovely sisters. Yes, Polygyny was Common in Native American culture.  However, lurking in the shadows was the jealous serial killer Akecheta who had been bullied by the tribal leader during his childhood. Chief Shappa was now a mature and benevolent leader beloved by all except Akecheta. The recent missing tribe members had been blamed on a dark spirit, and there was hope this wedding ceremony, combined with a cleansing ritual, would rid the tribe of their troubles. Akecheta was, in fact, responsible for the missing people who he mercilessly murdered, and then blatantly buried nearby under the tribe’s nose.

However, Akecheta was vulnerable to a dark spirit who influenced his violent tendencies. This caused him to silently snap during the joyous ceremony as he witnessed what he perceived as the sickening adulation showered upon Chief Shappa.  It took all his will power to hold back a personal slaughtering spree but he knew he’d surely parish going up against the entire tribe. Instead, he pilfered supplies from the Medicine Man’s teepee and mixed up a deadly concoction.  He then proceeded to lace the wedding refreshments with the vile substance. Naturally, he had to sweet talk a fair Indian maiden tending to the food and beverages to lull her into submission so he could do his dastardly deed.

A Treacherous Act Against His Own People!

After the wedding, everyone was jubilantly partaking of refreshments while Akecheta looked on with a sinister smile on his face.  Within minutes everyone fell ill, and people began to pass out one by one. Once Akecheta saw that the men were sufficiently weakened he walked forward to proclaim his poisonous treason with pride. Shappa began to fumble for a spear as he lay on the ground helpless but Akecheta stepped on his hand laughing maniacally. Shappa and most everyone’s last dying breath was placing a Curse on Akecheta.  The Medicine Man made it official by reciting a metaphysical incantation before he died.

A Vengeful Curse Is Bred For Justice!

Akecheta strolled away from the carnage feeling very good about himself until an insanely rabid bear charged from the woods and instantly killed him with extreme vengeance!  Clearly the result of the fresh quick acting curse. Afterward, it’s said that the dark spirit influencing Akecheta fed upon all the horrifyingly negative energy coupled with the tragic deaths that created an entire tribe of Native American ghosts.  For evermore, they were all damned to that exact spot with nothing to do but torment Akecheta in his own personal Earthly Hell as the dark spirit looked on with glee. 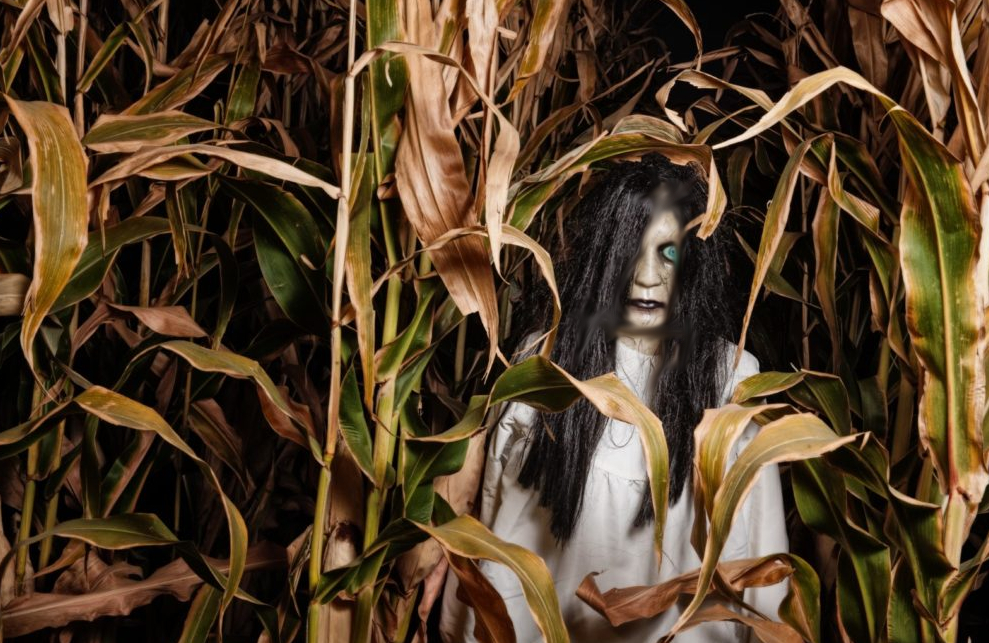 At some point as Halloween was celebrated in North America, it fueled the Native ghosts, and they were able to manifest on the day before Halloween. 2003 was a pinnacle paranormal power year due to other metaphysical energy factors. As adults and kids ran through the corn maze of supposedly controlled terrors the tortured tribe manifested in physical form. Their sole purpose was hunting down the now corporeal Akecheta.  All of them were still confined to the land which was most of the corn field. If they left they would dissipate back into specters.  The tribe appeared as macabre zombie-like creatures that fit in perfectly with the Halloween festivities.  Although, Akecheta began using the humans in the corn field as shields against the tribe who wanted only to get their hands around his murderous neck!  Bloody carnage ensued as a full-on supernatural battle threw the corn maze into chaos.  Blood-curdling screams bellowed for miles as a fire was lit ablaze by accident.

Kids Miraculously Protected From Chaos Courtesy Of The Halloween Queen!

Thankfully some unseen force managed to shield the kids protecting them from injury and death. Unfortunately, the adults did not fare as well.  It’s said it could have possibly been Shala Queen Of Halloween and she only had the ability to protect the kids by tapping into the power of their magical innocence. She then warped it into a supernatural shield. The unknown dark spirit coupled with the sheer tribal numbers were too much for even her to handle.

Authorities arrived on the scene and fell prey to the paranormal phenomenon as well. This alerted the US Paranormal Defense Agency who arrived and had a powerful priest bless the corn stalks they set ablaze in fire holy. This ended up consecrating the field and cleansing it of all spirits sending them to Hell, Purgatory, The Underworld, or Heaven.  All law enforcement was promptly silenced and the media scrubbed clean of the incident.  Many of the orphaned children were relocated out of state and any remaining adults were paid to keep silent about the whole surreal supernatural abomination! Despite the corn field cleansing, the day before Halloween will often produce at least one harmless Native American apparition with a look of terror on their face!