The Anti-Claus Christmas Battle Of 1919 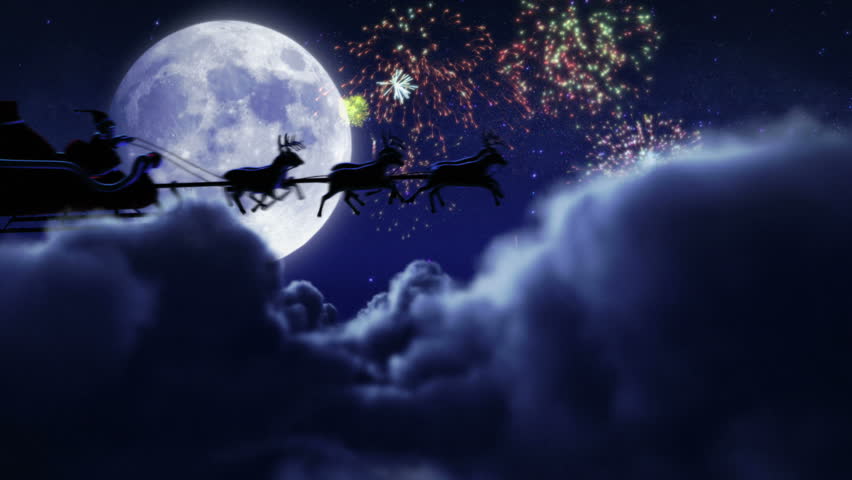 On a most unusual Christmas Eve in 1919 Santa Claus flew from North Pole City to begin his glorious gift deliveries. However he was caught in a sneak attack from his evil twin brother The Anti-Claus! This cowardly attack upon the sainted Father Christmas also involved a coven of dark witches! The Dark Claus flew erratically around Santa in his Midnight black sleigh pulled by 8 Hell Hounds led by Wickaninnish the flying Werewolf! He shot unholy metaphysical energy fire at Santa to distract him. It was like a sky full of violent fireworks! Then at the right moment the wayward witches opened a portal into an alternate dimension. Rumors indicate it was a dimension of hell itself! Thankfully Santa utilized the magical Spirit Of Christmas along with his Demi-Angel powers to alter the huge interdimensional hole. As it suddenly blasted in front of his red glittering sleigh Rudolph literally screamed while flying in red nose first! When they exited Santa, two helper Elves, and nine enchanted reindeer found themselves 4000 years in Earth’s past! Unfortunately there wasn’t enough time for Santa to shut down the portal completely. There was some damage to the sleigh as they dived downward, and landed on Wrangel Island in the Arctic Ocean with no injuries sustained.

Being 4000 years in the past they were cut off from the Spirit Of Christmas that had yet to even exist! Santa only had his Demi-Angelic powers to rely on but he was weakened by the paranormal portal. There on Wrangel Island they rested and repaired his sleigh. The reindeer mingled among the last herd of Woolly Mammoth on the planet. Santa himself used his zoopathic powers to speak with them and inform them their time was short on this Earth. They already had a spiritual sense that their species was nearly extinct from Mother Earth Goddess Gaia. It was her he reached out to in order to jumpstart his powers and use his Chronokinetic ability to travel back to 1919. However before he did so he promised a Mammoth couple that he would take their baby to the future. There he would live forever as an enchanted immortal animal at North Pole City. He assured them their noble furry kind would always dwell on Earth. Certainly all who had fallen before them existed in Goddess Gaia’s Paradise Plane. An afterlife for animals, and nature deities that is accessible at Santa’s sainted city. That meant their precious woolly baby would see them again very soon!

Meanwhile back in 1919 The Anti-Claus was ecstatic that he had finally got rid of his goodie two shoes brother. He prepared to shape Christmas into his own dark diabolical image. He, and his wicked witches made a beeline for North Pole City to lay waste to it! With Santa gone there was a deep disruption in the Christmas Spirit that in turn weakened North Pole City’s cloaking shields and magical defenses. The motley crew of anti-Christmas fools blasted through the gleaming ice wall barrier startling a troop of Elves and penguins marching nearby.  Hell hounds and the Werewolf began chasing everyone in sight. Panic ensued as everyone ran screaming in terror! Behind the monstrous beasts strolled the Anti-Claus laughing manically along with his 13 witches cackling like crazy! The only one who could have been a match was the primordial Winter God Jack Frost. However he was lured away to an ice planet in another galaxy where abominable snowmen like people had just evolved. Jack was eager to be their sole God. Naturally it was the Anti-Claus who anonymously informed him of this revelation. It took him forever to find out about that planet. He knew better than to send Jack on a wild goose chase!

Chaos reigned supreme for the first time at North Pole City as the Dark Claus strolled up to Claus Manor ready to take the Christmas throne for himself. Mrs. Holly Claus ran out, and yelled,”Claude what is the meaning of this madness!” The Dark Claus, aka Claude Claus, always had a sweet spot for Mrs.Claus. He replied,”Oh Holly my dear your beloved husband is gone forever! I will now take his place!” Mrs.Claus began crying, and said,”Noooo Claude what did you do to him! I’ll die before I ever marry you!” Claude Claus chuckled and walked up the porch steps about to console her in his own twisted way when a fist punched him in the face! It was Santa Claus with a huge grin on his face. Claude went flying into a fully decorated Christmas tree in the front yard while Santa exclaimed,”It pains me to do this but you’ve crossed the line brother!”

The angered Anti-Claus arose from the crushed tree shaking off shattering glass from the colored light bulbs. He roared loudly as his eyes glowed crimson in sheer rage! He raised his hands ready to shoot forth his demonic energies when a large baby mammoth mowed him down stomping all over him. The adorable little mammoth had been enchanted by the Spirit of Christmas like Santa’s reindeer. This gave him the power of speech, and so he said,”Ah you big bastard! Me crush you meanie man!” The Anti-Claus was out cold as Santa retrained the excited beast.  Santa demanded,”Settle down lil’ furry fella! I implore you not to use such bad language like that ever again!” The mammoth gazed at Santa with his big innocent eyes, and replied,”Me so sorry Santa but he’s makes me so mad!” Santa didn’t blame him because he had just acquired human like sentience and was learning to deal with his emotions clashing with his intelligence. Some Elves came to take the Mammoth to his new home in a barn near the reindeer. They said the coven of witches were downtown, and the Dark Claus’s evil Gnomes had just breached the south wall in ice breaking ships! The Werewolf and Hell Hounds were randomly roaming about.

Santa picked up his twin brother of darkness and sped away at super speed to Saint Nicholas Church. There he surrounded his demonic brother in holy artifacts to trap him. He then ordered all Elves to arm themselves with candy cane cannons in order to round up the gnomes for placement into the North Pole City Jail. Generally the jail is used for time outs when an Elf gets too obsessed with sweet treats. He sent the Abominable Snowman who normally guards The Christmas Crystal, to go after the Werewolf. Santa’s Enochian Angel Magick Witches went after the 13 wicked witches. Santa, and some polar bears took down the Hellhounds. The wicked witches were giving Santa’s witches a lot of trouble but he showed up in the nick of time to add his Angelic power to the mix. In the end evil was eradicated with extreme prejudice! The entire motley crew, including The Anti-Claus, was taken to a sacred room in the church. There a magical ritual sent them all to the Ice Demon dimension in The Underworld. Whenever possible Santa Claus always opts to save lives no matter how evil they are. Unfortunately at some point in the future the Ice Demons were briefly overwhelmed by the Devil himself and the Anti-Claus gang escaped!

The Last Woolly Mammoth On Earth! 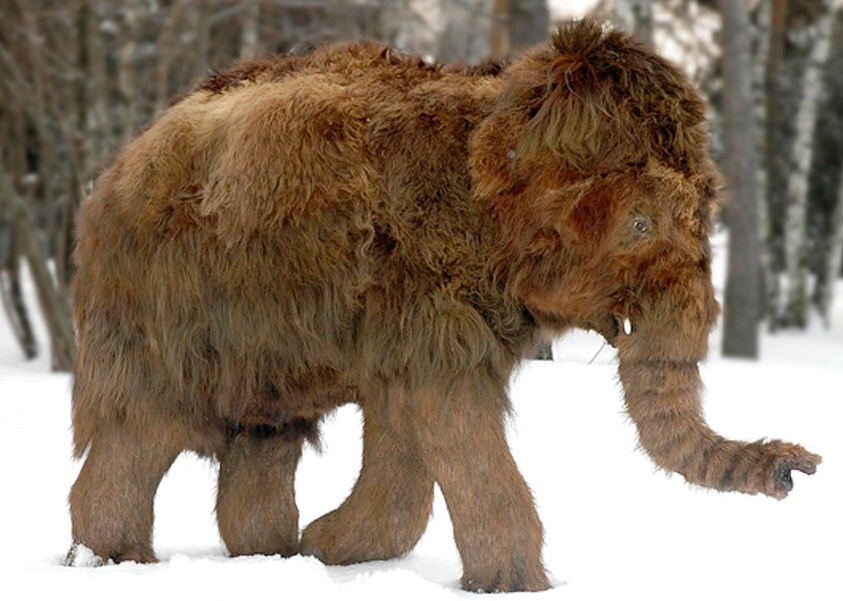 Thankfully nobody had been hurt in the North Pole City Invasion Of 1919! Santa chooses to remember it as a day of joy that added a new member to his Christmas Family! From that day forth North Pole City had a resident Woolly Mammoth who was magically made not to exceed 6 feet tall. Santa named him Little Mister Woolly Snuffleupagus because the name just popped in his head. However when Sesame Street’s Mr.Snuffleupagus came on the scene in 1971 he realized his precognition powers must have placed the name in his subconscious. Especially since his magical mammoth reminds him of Snuffy. The Woolly Snuffleupagus is a fan favorite for North Pole residents and visitors alike. He often plays with polar bears, penguins, elves, reindeer. and kids with glee! He’s all too happy to give anyone a ride around the city, over the hills, and through the evergreen woods! Merry Mammoth Christmas To All And To All A Woolly Night!