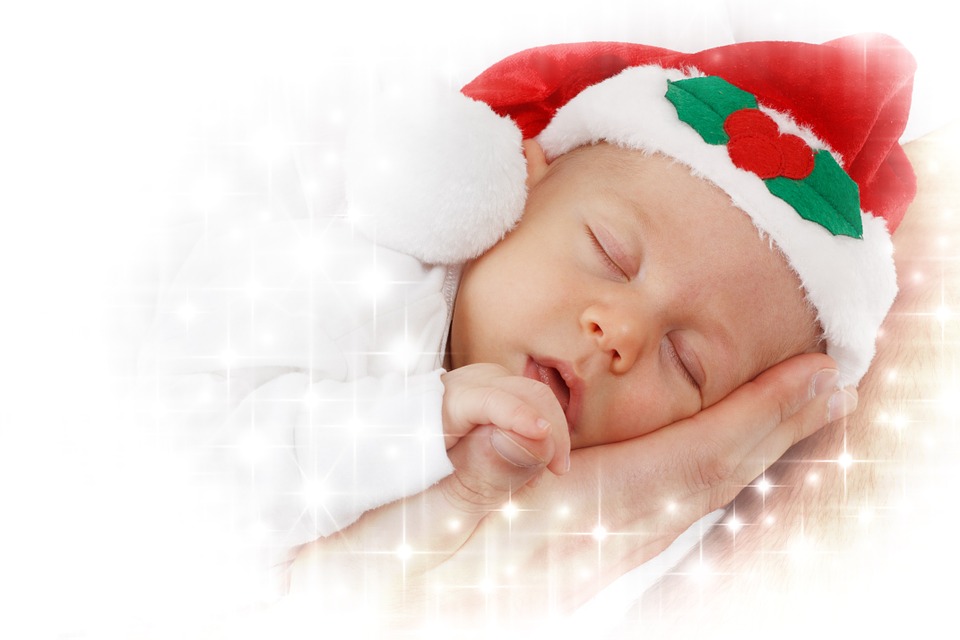 Those Lucky Enough To Have Christmas Birthdays Enjoy Special Abilities!

Naturally sharing a birthday with Jesus Christ, the Demigod son of the Omniverse God, is a special thing! Christmas Day is also special because it was when the Demi-Angel Nicholas of Myra returned from Heaven and rose from his grave after dying on December 6th, 343 AD. On that day he was born Santa Claus and was later made the Saint Nicholas! Just as those born on Halloween enjoy paranormal powers and protections so to do those born on December 25th have supernatural support of their own. To a somewhat lesser extent differing degrees of the special abilities listed below apply to those born on Christmas Eve and the general Yuletide season. The further away from Christmas Day, the exponentially less these advantages can be. In addition, those inducted into a world diametrically opposed to Christmas in a religious context may find themselves in conflict! However, ultimately Santa Claus doesn’t focus on religion but rather the peace and well being of all humankind! Certainly, The Spirit Of Christmas has no religious beliefs.🎅

The Spirit Of Christmas Is Strong In Noel Babies

Those born on Christmas have its Spirit surging through their very mind, body, and soul. Their love of it will be natural and apparent at an early age. It will bring them peace, happiness, and success in their lucky lives. Of course, the lucky aspect is second only to being born on Saint Patrick’s Day. They will be able to melt stress away and deal with the obstacles of life by merely concentrating on merry thoughts of Christmas cheer. The Christmas born will have a wise intelligence in the spirit of the three Magi. Even as adults those born on Christmas can see Angels, all Christmas beings, and various winter gods, goddesses, nymphs, fairies, and elves. They will share a unique kinship with animals and be able to intuitively communicate with them. Some may even develop zoopathy powers! These lucky individuals will also have protection against supernatural evil befalling them! To an extent, this protection also prevents them from being substantially harmed by the hands of another. However, later in life, they may be vulnerable to the influence of the Anti-Claus! It’s a big feather in the Devil’s cap to buy the soul of someone born on Christmas!😱

The Gift Of Meeting Santa Claus

These unique Christmas children will truly dream of sugar plum fairies and find themselves astrally projected to North Pole City in their delightful dreams. The vivid nature of said paranormal projection will stay with them even when awake as for all intents and purposes they were really at the North Pole. They will have the ability to hear Santa’s sleigh on the roof and catch him delivering gifts to their Christmas tree. He will personally hand their extra special gift to them and have a short chat as he eats his milk and cookies. Santa casts a holy spell so the parents believe they gave their child the gift that says, “From: Santa”.  Even if this never occurred those with Christmas Birthdays would still have 100% belief in Santa Claus and his extended family based on pure faith. Their prayers to the Demi-Angel Claus will be answered within reason.😇

Father Christmas then extends an invitation to North Pole City when they come of age. This long-range invite is due to them needing their parent’s permission and that would, unfortunately, violate The Supernatural Secrecy Pact if they’re not members of the paranormal world. Of course, quite often these Christmas kids grow up and they begin to forget such things within the chaos of modern life. Those truly special ones will eventually be compelled to find Santa’s winter wonderland. Most likely during a life-changing crisis. The Spirit Of Christmas will act as their compass and protection from all danger as they find the mystical roadway to the most magical place on Earth! Once they step foot upon sainted snows they will be welcomed with open arms and acquire the full complement of their Christmas powers and then some! They will be full-fledged members of the secret supernatural world that battles the forces of darkness and sheds a holy light to aid humankind!☃

The Death Of Those Born On Christmas

Upon Death the Xmas born will not merely walk into the light leading to Heaven. They will have the additional option to be resurrected and live at North Pole City forever. They may become a Human Elf or even a true little Elf if they wish. Although, at any time they retain the right to ascend to Heaven. Once there they often join the special group of Angels that support Saint Nicholas directly and grant power to those practicing Enochian Angel Magic for a righteous cause. Their continued connection with Santa and the Christmas Spirit will allow them to ascend to higher planes of Heavenly existence faster than most! They also have the right to visit any December 25th in human history via Angelic time travel. This includes personally witnessing the birth of Jesus Christ! Those who merely die on Christmas, yet weren’t born on the day, also hold a special place under the hallowed everlasting evergreen of Christmas’s Spirit!🎄

🎅As the Founder and President of Mystic Investigations I have dealt with all manner of metaphysical mayhem! However the supernatural beings and paranormal phenomenon of the Christmas season are some of the most magical. Our supernatural crime fighting team has had the honor of being welcome at the Demi-Angel Santa Claus's North Pole City and the horror of battling the diabolical Anti-Claus! This Xmas blog was born out of a deep interest and love for The Spirit Of Christmas! Merry Christmas To All And To All A Safe Night!🎄
View all posts by Xavier Remington →
This entry was posted in Children, Christmas and tagged Babies, Birthdays. Bookmark the permalink.
Copy Protected by Chetan's WP-Copyprotect.