Does The Star Of Bethlehem Still Exist In The Night Skies? 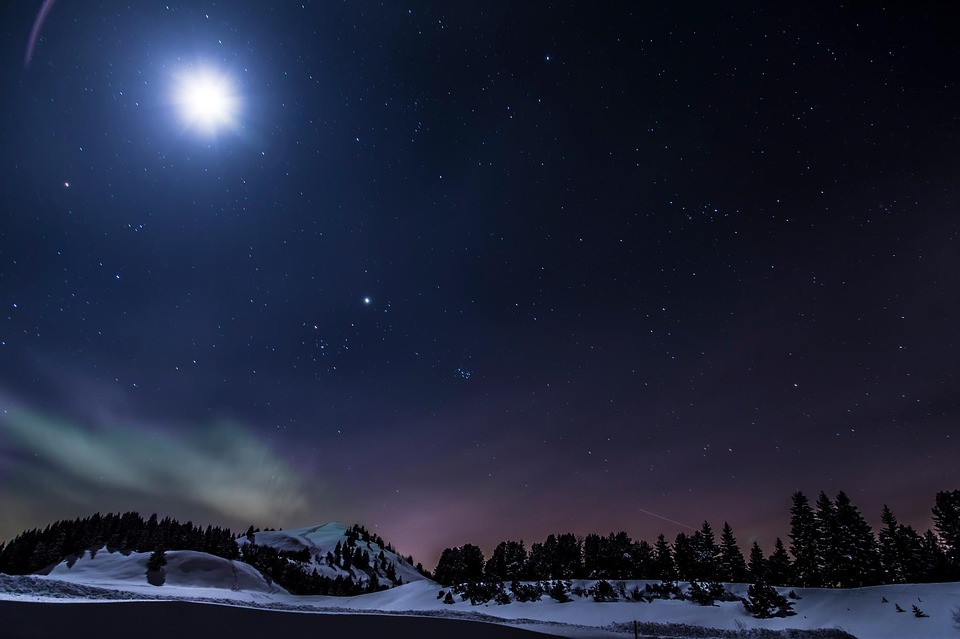 The Star Of Bethlehem also called the Christmas Star, is most famous for leading The Three Wise Men, also known as Magi, to the newborn Omniverse Demigod Jesus Christ. These Magi were also called Kings despite not ruling over any human government. However, Magi are in fact Holy Kings Of Earth ruling silently at the behest of the Angels of Heaven. Each one has dominion over one-third of the planet. Their rule will only become evident when Heaven wins the War Of Armageddon. These three immortal Magi still exist to this day and are only seen when they pay homage to Saint Nicholas at North Pole City for three days. This includes Christmas Eve, Christmas Day, and on January 6th for the holiday of Epiphany.🎄

The First Christmas And The Holy Magi

Saint Nick himself pays homage back to the holy Magi and their revelation that Jesus Christ was a Son Of The Omniverse. Although, that scientific terminology wasn’t used and they merely used the term, God. Their gifts of Magi blessed gold, frankincense and myrrh were the first presents given on the first Christmas to the Baby Christ born in Bethlehem. Gold represented Kings or in this case, the King Of Kings in the form of a being higher than that of Archangels! Frankincense was incense used in the worshiping of deities. Myrrh was used as an anointing oil in holy ceremonies. It is said upon the death and resurrection of Jesus the gifts were given back to the Magi. Since they were touched by an Omniverse Son they are some of the holiest artifacts on Earth! They symbolize that the Magi are in fact the Earthly representatives of Heaven. Saint Nicholas is said to be the holy ambassador of humanity in the court of the Magi Kings. However, their three hidden castles have yet to be visited by Santa or any other known person for that matter. It is said these locations are the only Earthly entrances to Heaven. One could theoretically enter higher dimensional Heaven without dying by entering these perplexing portals!💫

The Only Star To Actually Reside In The Skies Of Earth! 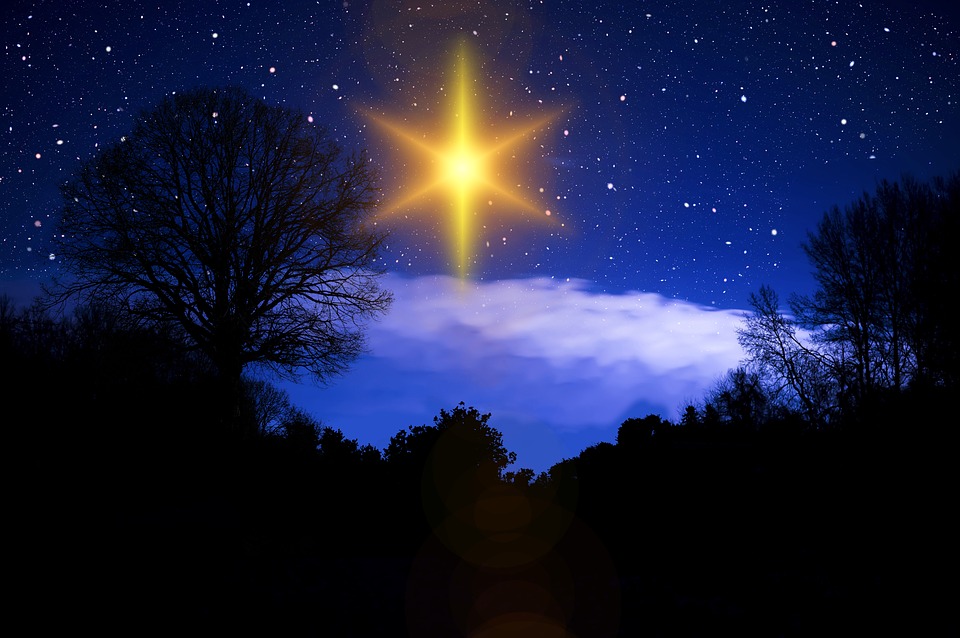 The Star Of Bethlehem was said to fulfill the Biblical Star Prophecy and after that it supposedly faded away into the enchanted ether. There have been suggestions it was merely a Supernova, comet, a conjunction of planets, or some strange paranormal phenomenon. In fact, it was an Archangel created phenomenon. A rare sky star which has been seen in the past as a creation of powerful nature deities. An actual micro star in Earth’s atmosphere rather than millions of miles away! Even though the star is very small it should theoretically be hot enough to burn away said atmosphere! Thankfully, it produces no heat as we know it. Yet it does radiate an emotional warmth felt by most humans and animals who bask in its holy rays.🌟

The Holiest Light Of The Heavenly Christmas Star

Once the Star Prophecy and the birth of Christ were fulfilled the holy light of Bethlehem did not fade away. It moved north by the hand of an Archangel in preparation to fulfill the Saint Of Christmas Prophecy. The Star Of Bethlehem was ready to guide the future Demi-Angel Santa Claus to his find destination on Earth.  The location where he would build his Christmas Capital known as North Pole City.  Everyone can see Polaris, the North Pole Star, which shines brightly in the night skies above Santa’s home.  However, the Christmas Star shines many times brighter and keeps things well lit during those long winter months devoid of the Holy Sun.  The Star of Bethlehem is actually a conduit to Heaven, and the light that shines forth is pure holy light direct from said realm. Rather than the holy light of the sun which is filtered through the higher dimensions, and translated through photons.  This purest of blessed lights provides the ultimate protection against those who would bring evil within the sacred winter wonderland of the Great Claus. Its light can incinerate virtually all forces of darkness instantly. Although, special ultra powerful magical protections can temporarily override the effects.⭐

The Paranormal Path Of The Christmas Star

The Christmas Star follows an infinity symbol, or figure 8 path, across the skies directly overhead at Santa’s winter wonderland.  This symbolizes the eternal nature of God, Angels, Heaven, and even Saint Nicholas.  The star reaches it’s zenith directly over the center of North Pole City acting as the literal star at the top of the gargantuan Christmas tree below.  The zenith is reached every 12 hours at Midnight, and Noon.  It is the basis for the Christmas Time Zone at North Pole City. In addition, on Christmas itself, Santa’s Father, the Archangel Sarandiel, ascends downward at the same spot sending forth an even more lustrous luminosity! His raw power stops the star above the holy tree for 24 hours on Christmas Day! We here at Mystic Investigations make the trip to Santa’s home each year and the light of the Archangel enhanced star brings tears of joy to us all! Even remembering it turns depressed feeling upside down in an instant!😇

The Beacon Of Christmas Beginnings In Bethlehem 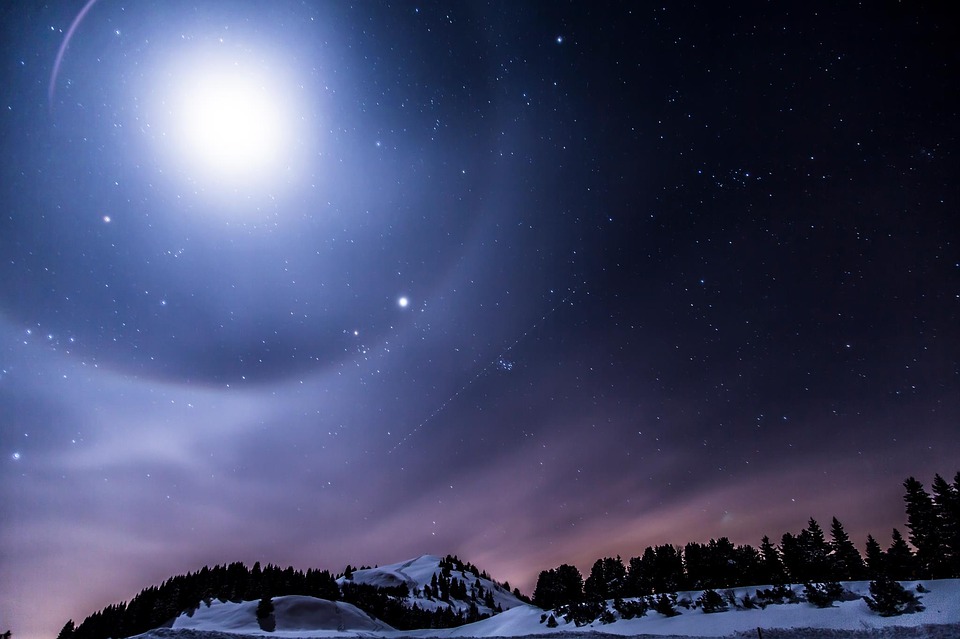 The Bethlehem Star can only be seen from within the protective glittering glacial walls of North Pole City. The wondrous walls themselves are supernaturally cloaked from the human world.  However, many in the world of the paranormal can see it as they near Santa’s inner sanctum.  It acts as a beacon of hope, and guidance to lead the worthy into the placid paradise.  The light of the Christmas star radiates warmth, love, peace, and happiness upon the good citizens and visitors of the North Pole. This further cements the reputation of North Pole City as the happiest place on Earth. May its iridescence shine upon their sainted souls forever!🎅

The Future Of The Christmas Star

May the sainted star one day shine upon us all around the world once the final battle of Armageddon comes to pass with the forces of righteousness being victorious! During the eternal era of enlightened paradise, it is said the Christmas Star will be parted into three stars by the Magi Kings. Each lighting one-third of the skies respectively. This means even on a New Moon night the night will always light somewhat brighter than a Full Supermoon. The original Star Of Bethlehem will remain above North Pole City forever thus giving us four holy sky stars! Don’t worry about not being able to see all the other stars, galaxies and other celestial bodies due to the increased light. There is reason to believe the atmosphere itself will be altered to act as a magical magnifying glass thereby giving us a greater glimpse into the cosmos!☄