Many think that the day after Thanksgiving, aka the dreaded Black Friday shopping melee, kicks off the Christmas season. As far as shopping it probably does. Although the corporations have been desperately pushing that back to the day after Halloween in the name of maximum profits. Some even attempt to advertise for Christmas before the Halloween Season even begins! Even well before emerald foliage first exchanges its color for another of the rainbow. At some point, this will come back to haunt them as bad luck sets in when any holiday is celebrated well beyond its season. Particularly for those who don’t truly have the Spirit of the season in their hearts.

As far as the world of the supernatural, the Christmas Season begins November 3rd for two reasons. One is to channel the metaphysical energy of Halloween goodness while repelling the darkness. Halloween and Christmas mingle together in a dance of beautiful balance for the benefit of all. The second is to start cleaning up the damage the forces of evil have caused on All Hallows Eve. The forces of good valiantly marshal their powers under the holy banner of the Demi-Angel Santa Claus. leading up to that most hallowed of days known as December 25th Christmas. Of course, simultaneously the forces of evil are still marshaling their own powers leading up to the diabolical Dark Christmas Day as created by the Demi-Demon Anti-Claus. Thankfully that foolish day is no match for the raw paranormal power of Christmas!🎄 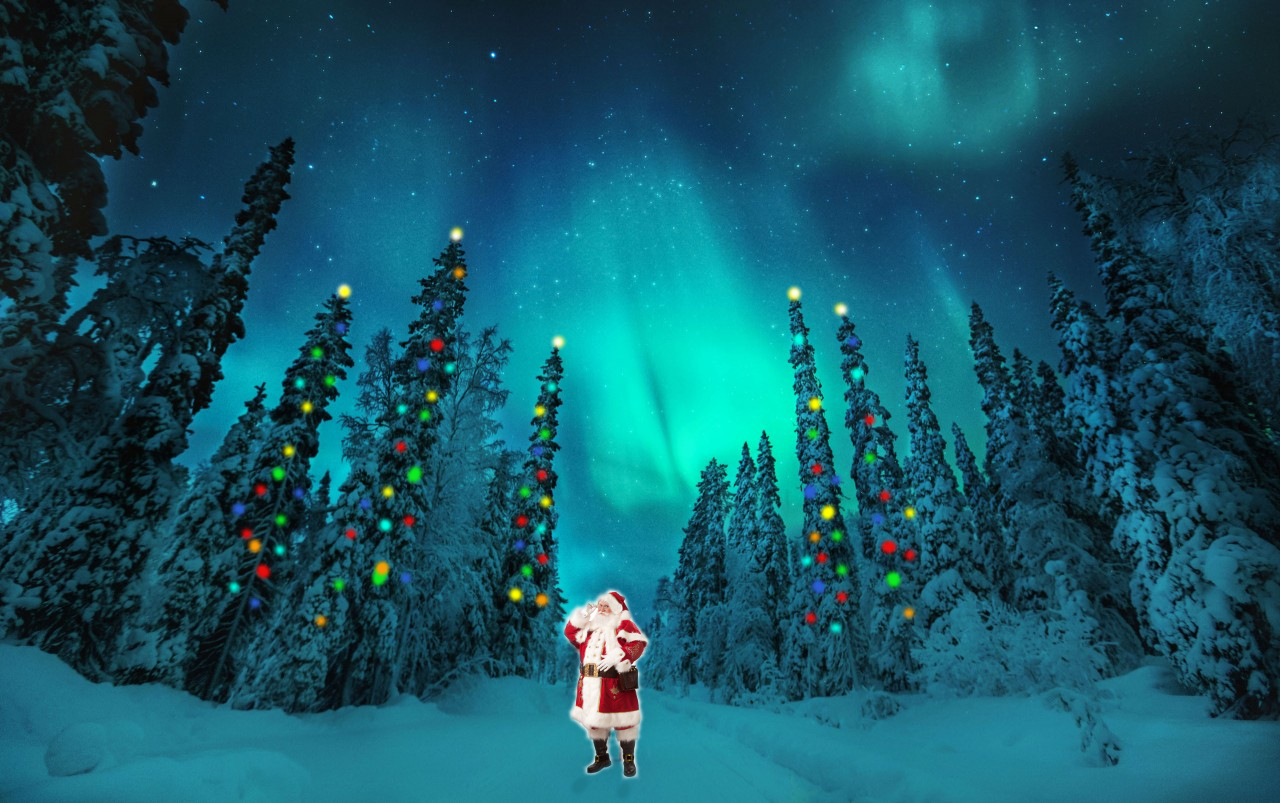 At Midnight on November 3rd Santa Claus performs a private Christmas Initiation Ritual with only a few select guests to act as witnesses. It takes place at North Pole City in the secure cavern the Christmas Crystal is located in. There he acknowledges the wonderful whirlwind formed by the Halloween and Christmas Spirits coming together in the name of a balance between good and evil. In particular, Santa channels the light of Halloween involving the good-natured celebrations of Trick or Treating and other fun festivities. He then focuses that power into the Spirit Of Christmas to jump-start the season. Naturally, he throws his own Angelic energy into the magic mix.

At Noon Santa hosts The Christmas Commencement Ceremony that all may attend. Father Christmas gives a rousing motivational speech to the Elves and everyone else present. Then a shimmering star made of real holy stardust is placed at the top of the giant Christmas tree in the center of the downtown district as the rest of the tree is decorated. From there the Halloween decor is gradually removed through November 7th. By then all the Christmas decor is restored to its former glory seen for most of the year. After the Ceremony, Santa gets into his sleigh to lead a procession to the Banquet Hall.  There a grand lunch is served that is both Halloween and Christmas-themed to recognize the transition between seasons. Shortly afterward, the Elves get down to the business of manufacturing toys based on plans that began during Christmas In July.🎅 Read More On Our Christmas Blog…