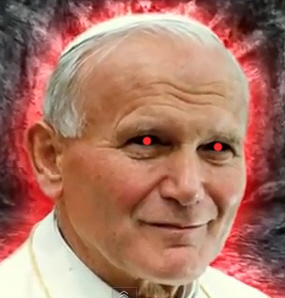 The following article was updated throughout to reflect the election of Pope Francis:

With the resignation of Pope Benedict XVI we are now at the cusp of seeing the final prophesied Catholic Pope.  The video now made private gave a detailed explanation of why the next Pope will be the final one along with revealing it will be some type of evil Pope John Paul II impersonator.  Most likely demonic in nature.  However, it’s unlikely he will be the Anti-Christ since the Catholic Church really doesn’t have any real power over the planet. On the other hand, Catholic religious artifacts are generally the most powerful at repelling demonic entities due to it being the religion that the largest number of people on Earth believe in.

The supposed last Pope’s chosen Papal name will be “Petrus Romanus”, or Peter The Roman.  Naturally the new Pope Francis, aka Jorge Mario Bergoglio, is nothing near the name the video had started.  The final Pope brings us one step closer to the mother of all wars.  The war of Armageddon that will be the final showdown versus the forces of supernatural good, and evil.  Even if this Pope doesn’t end up looking like John Paul we will never know for sure that an evil entity possesses the next Pope, or even perhaps he will allude to being the Pope reincarnated to save the church from all its scandals, and descent into damnation.  In fact, we doubt he will be a John Paul clone, or even resemble him, since this might be considered a violation of the Supernatural Secrecy Pact.  We also predict the world of political correctness will come into play, and we may see the first Pope of non-European ethnicity.  I guess our prediction came true with the Papal election of a Cardinal from Argentina.

If the church is destroyed by this paranormal Pope, and the masses stop believing in it, then all the Catholic religious artifacts that have been used to repel, and eradicate demonic evil will be rendered nearly useless allowing supernatural entities of evil to run rampant.  Of course, there are other religions to turn to but the Catholics always have had the most powerful holy water, holy oil, Bibles, crosses, crucifixes, etc. due to so many people believing in the religion.  If only humans could realize that they have the power of their souls to take command of the planet in the name of good whether it be taking back their governments, or their neighborhoods from the paranormal beings who lurk among the shadows waiting to pounce on them!

Despite the appearance of Pope Francis not living up to prophecy, he could still be demon-possessed, and he could also allude to being the reincarnation of Pope John Paul II.  It would make more sense to be subtle rather than being blatant, and suddenly appearing as a resurrected Pope thereby violating the Supernatural Secrecy Pact which only expires upon the opening salvo of Armageddon.  All this may prove wrong if Francis turns out not to be the last Pope.  In the meantime, our paranormal investigations team will keep a watchful eye upon this new Pope to gleam of a clue of any evil that dwells from within! 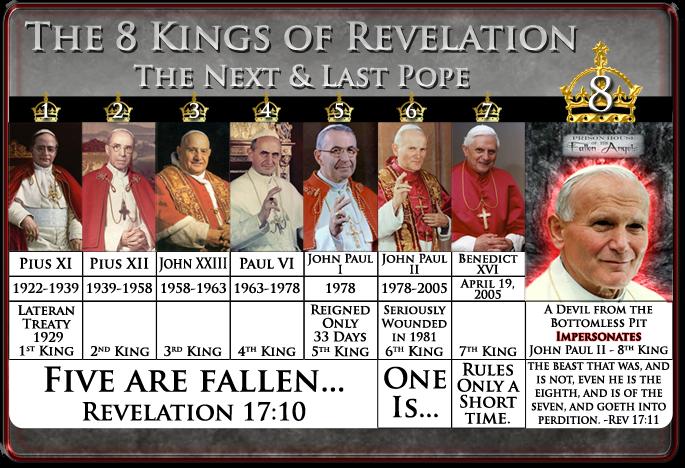