The Long Dark Journey Of A Royal Childs Prized Doll

This five-foot-tall doll had once been the pride, and joy of a little Russian Princess. Originally a bewitchingly beautiful doll handcrafted by an amazing artisan with roots in witchcraft. However, after the 1917 Russian Revolution, that included the deposing of all royalty, the doll was promptly abandoned. The pretty Princess was forced to flee from angry Bolshevik mobs!  The once delightful doll eventually made its way to a Transylvanian antique shop in the late 1930’s. There a powerful Gypsy woman named Vadoma found the doll in a deeply deteriorated condition.  Although, the physical condition wasn’t as important as the mystical properties she psychically sensed in this unique creation.

A Gypsy Sees An Antique Doll As A Tool Of Hope 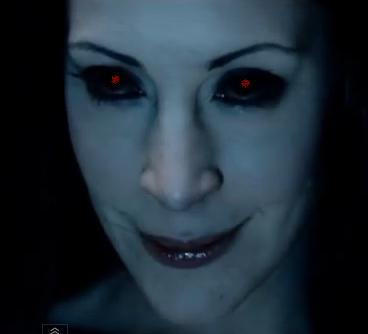 The Gypsy Vadoma had been looking for the right tool to go about dealing with a dark vampire seductress corrupting local men. The voluptuous blood sucking beauty was also disposing of any women who got in her way! Unfortunately, this powerful second generation vampire was nearly invincible, and could not be defeated by conventional Vampire Slaying means. This included a wooden stake to the heart, and even beheading! Some even referred to her as the female Dracula rather than her real name of Helena!

A Supernatural Trap Is Set!

Vadoma sought to trap the demonic spiritual sanguine energy of the Vampiress Helena within the doll in order to rob her of power and make her as helpless as a human. The plan was then to eradicate her. Unexpectedly, her complete demonic spirit was siphoned into the doll as her body burst into unholy flames leaving nothing but a pile of black ash! Now the doll was possessed by the vampires dark spirit. The dense metaphysical energies imbued within the doll made it indestructible.  It resisted all methods of destruction by the Gypsy.  She eventually was forced to lock the haunted doll away as it posed a great risk to everyone it came into contact with! It had a nasty habit of hypnotizing people into hurting themselves, and others as well! The diabolical doll was thought to have been destroyed upon the Vadoma’s death in 1943 at the hands of World War II air bombing.

The Vampire Doll Lives On!

Paranormal Researchers confirmed that the doll wasn’t destroyed at Vadoma’s Gypsy encampment. It amazingly resurfaced in November of 1963 at the White House as part of a historical antique purchase. Unconfirmed reports indicate President John F Kennedy held the doll briefly as he was told of its royal Russian roots. Not long after that, he met his tragic end in Dallas!  A series of unusual events, along with warnings from a Paranormal Defense Agency official, caused the doll to promptly be placed in supernatural storage. Sometime during the Nixon administration it mysteriously vanished from a supposedly secure top-secret facility in Washington DC.

The Haunted Vamp Doll Has Recently Been Sited In The United States! 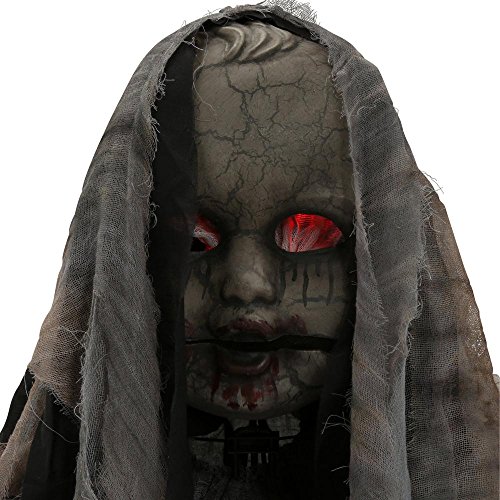 There were potential sightings of the deadly doll across various points in North America. Although the only last known confirmed location was New York City. It suddenly surfaced in 1984 at a Brooklyn antique shop where it was bought by a wealthy family looking for spooky vintage toys for Halloween decor. What was to be a frightfully fun Halloween turned into a Witching Hour bloodbath that culminated in a Devil’s Hour blaze that burnt their majestic manor to the ground! Amid the carnage, the doll was found by a bachelor firefighter who disappeared without a trace the next day. After that, the haunted doll of the vampire seductress Helena was never officially seen again! Of course, there are a plethora of unsubstantiated sightings across the United States. One as recent as 2015 in Crabapple, Texas. It seems whoever comes into possession of the diabolical doll generally dies within a week! It is said the dark energy has formed a curse amid the paranormal intelligence that lies within! If you spot this doll contact paranormal professionals immediately!

The Animated Prop In The Video Above Is No Longer Available But You Can Read About It Here. Get A Creepy Animated Roaming Doll Here…

Scroll back to top
Posting....
Copy Protected by Chetan's WP-Copyprotect.