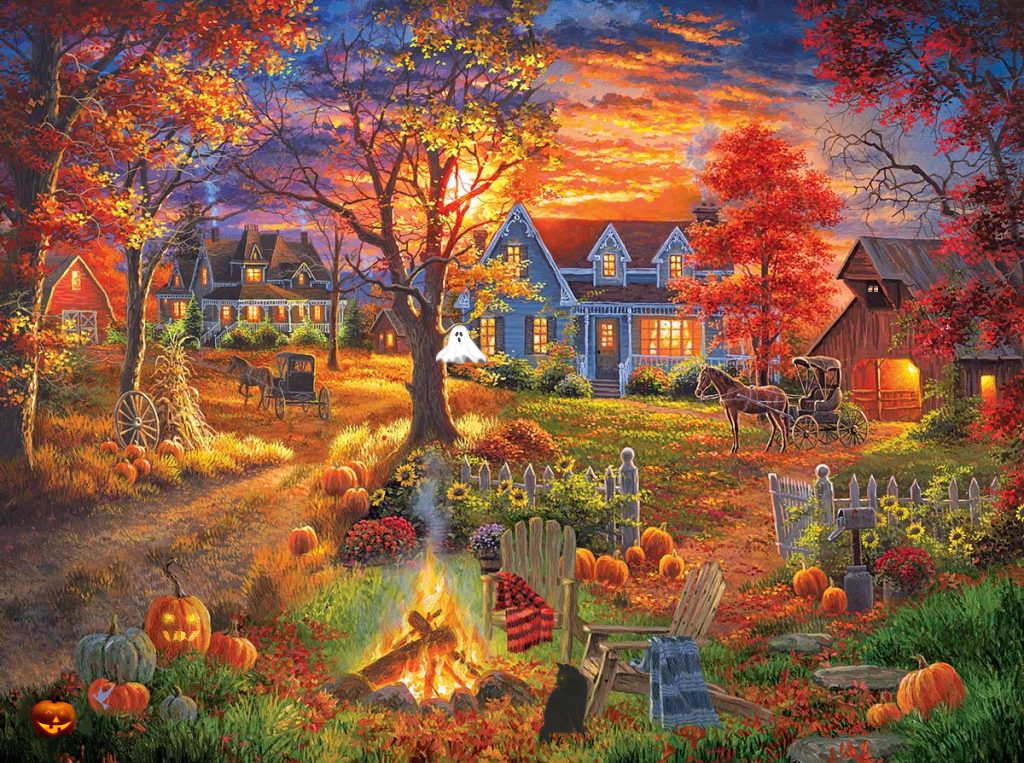 In a remote rural area of Kentucky in the late 1800’s, a group of like-minded individuals from Salem, MA built a collective farm. They came together as a small self-reliant village that wanted to remain in harmony with nature. This included peaceful relations with local Native American tribes. It’s said that some or all were witches who wanted to practice their craft without being branded as Devil worshippers. Halloween was always their greatest holiday with celebrations during the month of October that took place among the final harvests. Thanksgiving with the Natives is considered the finale of the All Hallows Eve Season.

It was also interesting how visible Autumn seemed to last way longer than anywhere else. Usually, the colored leaves flourished from late August to early December before finally falling off the trees by Christmas. They say it was the magical witchcraft intertwined with Native spirits along with nature Nymphs and Fairies they communed with. Anytime some outside government officials tried to take control they mysteriously disappeared. Especially when trying to take indigenous people away to reservations. The villagers actively hid the local tribe who remains free to this very day. The farming community itself continues to exist as well. Almost like Amish country. The US Government, or more precisely the US Paranormal Defense Agency, has classified it as a supernatural zone called Area 221. They now only observe from a distance rather than trying to capture or kill the occupants since they are classified as not being a danger to the general public.