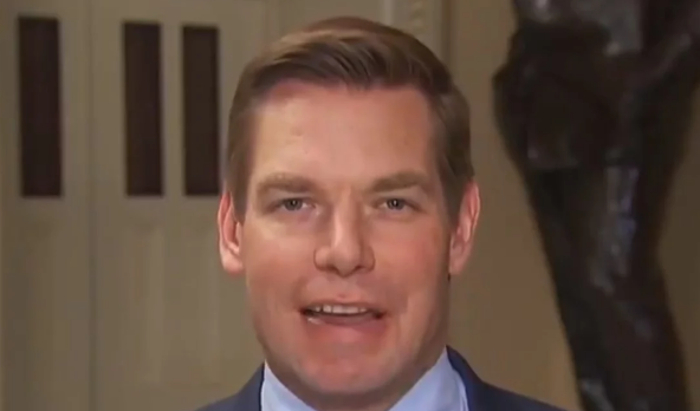 US Representative Eric Swalwell of California is at the stinky center of the infamous Fartgate Conspiracy. On November 18, 2019 he spoke about the President Trump impeachment on MSNBC with Chris Matthews on the news program Hardball. All was going well in this live broadcast until the loud sound of gas being passed riotously resonated forward in one of the more shockingly laughable moments in media history. Rep. Swalwell has vehemently denied any wrong doing in this most unacceptable blasphemous breaking of wayward wind on the public airwaves. Excuses have been relayed by various people. These include a mug being dragged across a desk and even a cellphone vibrating in someone’s back pocket as they sat on a table. The timing is seriously suspicious as the next day was conveniently World Toilet Day. Could this have been a misguided ploy to bring awareness to those suffering the plight of no toilet access?🚽

Mystic Investigations has conducted an extensive investigation into Swalwell’s flagrant flatulence of a most unfavorable fragrance. Our staff of professional Fart Investigators have concluded Representative Eric Swalwell is guilty of blatant public farting on live television viewed by countless millions of innocent souls. The sinister sound can be heard 34 seconds into the original broadcast video above. We conducted extensive audio analysis of the fart blast and it is consistent with our library of fartology. All Fart Experts involved agree the sound is digestive in origin and is indicative of a massive gas build up. Most likely from lack of beneficial intestinal flora. Eric seriously needs to take digestive enzymes along with probiotic and prebiotic! Plausibly Swalwell had planned to tear the titanic toot just before his interview began but he lost his nerve with everyone in the studio. Then it became too painful to hold in once Chris Matthews began to question him.🧻

An anonymous whistleblower in the MSNBC studio will testify under oath that Swalwell was the origin of the high impact ripping fart that created an offensive odor detected within 25 feet of the Representative. Infrared evidence indicates a clear and present gas cloud around Eric! Some claim a slight soiling of his pants may have occurred. At least one camera man was seen dry heaving in horrifying silence as his eyes watered in terror! After the interview Eric was seen snickering a bit as he hurriedly made his way to the nearest restroom. Several witnesses heard the sound of diarrhea splatters bellowing about as a loud gasp of relief sailed forth. As a result of this investigation the American people demand Fartgate Hearings and an apology to all those negatively impacted by the Fart heard around the world! Forever more Eric Swalwell will go down in history as the most prolific Fart Ripper of modern times! Many are now calling him Eric Fartswell!💩🌬️

FartGate! Never Forget!🧐 [The Shocking Laughter Of A FartGate Victim!] [Reaction From Across The Pond]