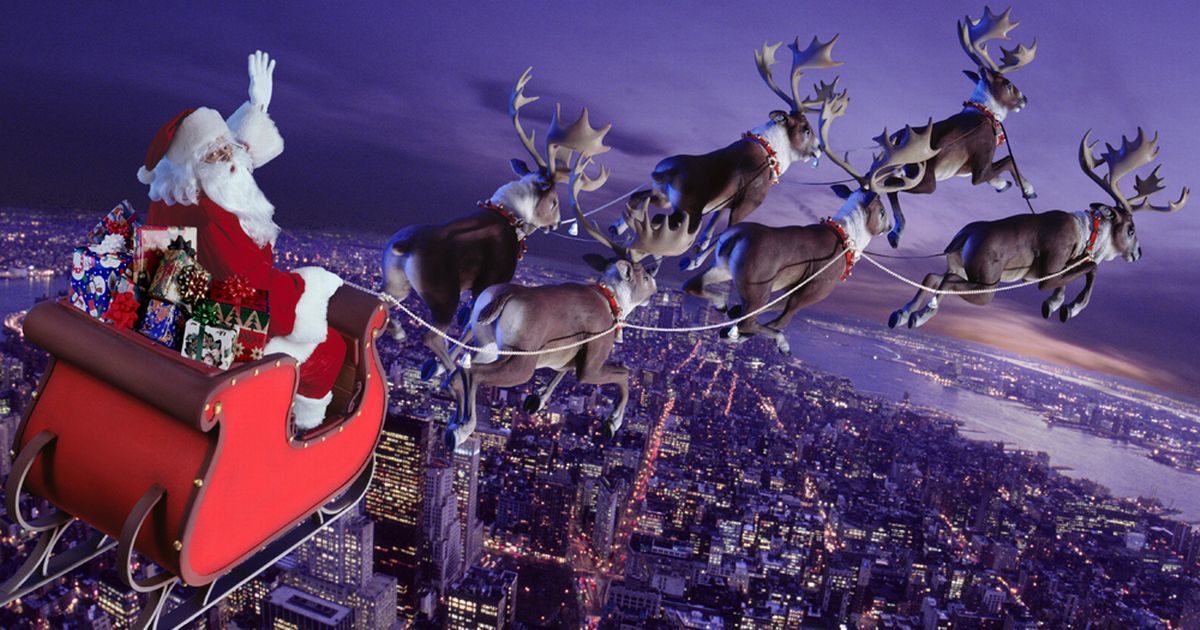 Santa Claus could show up anytime between 12:00 AM, and 4:00 AM.  The usual hours of evil, known as the Witching, and Devil’s Hours, fall during this time period.  However, Santa Claus’s Angelic aura and the Christmas Spirit blesses these hours holy.  The forces of darkness generally cower away in fear not daring to show their faces, or harm any of those on Father Christmas’s nice list.  This holy blessing is needed to dissipate evil energies built up throughout the year. Such malevolent metaphysical energy might be channeled by nefarious figures whose sole purpose is to foment crisis-ridden chaos and diabolical discord among humankind!

Santa could easily deliver all the gifts in one hour within each time zone thereby staying perpetually in the 12:00 AM hour.  However, he does briefly meet with certain lucky people, stop to eat cookies, and drink milk along with slowing down to enjoy his legendary annual flight.  He also chooses to spend an extra effort spreading forth the Spirit Of Christmas, and the magic marshaled by the innocence of children all around the world to instill peace and good cheer.  In addition, he usually runs across his evil twin brother the Anti-Claus, and others who try to destroy Christmas.  His magical sky battles with the Anti-Claus light the sky ablaze with fireworks, and can be seen as Aurora’s, and other astronomical phenomena. Thankfully thus far no misguided master of malevolence and mayhem have been able to stop Santa Claus, and the magic of Christmas!

By Xavier Remington | Copyright © 2012 All Rights Reserved MysticInvestigations.Com If you’re seeing this entire article on any other site besides https://mysticinvestigations.com then it has been illegally copied and should be reported immediately!