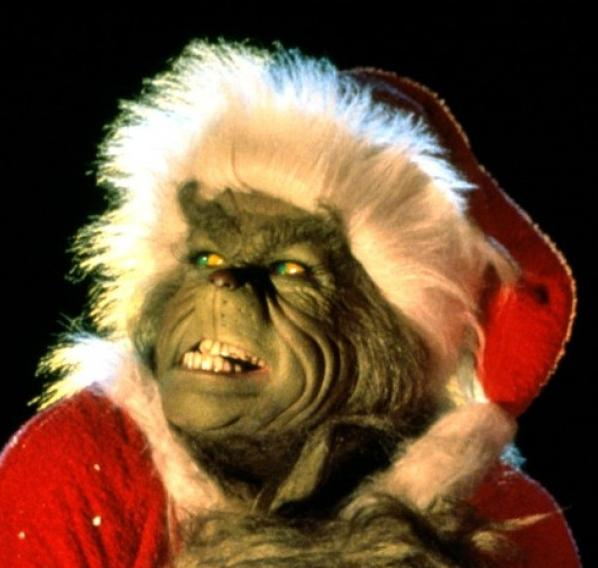 Yes, would you believe the Grinch is a real supernatural being!?!  However, his story was greatly simplified by the infamous author Dr. Seuss in his 1957 book “How The Grinch Stole Christmas!” In reality, the green Grinch was a Gnome helper of the Anti-Claus. This Dark Claus is Santa Claus’s evil twin brother and the leader of Dark Christmas.  Only exceptionally evil Gnomes are green, including those working for the Anti-Claus. Indeed, they literally turn green with greed, and envy.  They also grow larger than standard gnomes, and exhibit more monstrous facial features signifying their status as members of this elite legion of elevated evil! Despite being a lowly gnome The Grinch worked his way up to the Anti-Claus’s Gnome Commander.  The equivalent of Santa Claus’s trusted Chief Elf.  The Grinch had a huge ego and became drunk with malevolent power as he began tapping into dark magic.  He fancied himself as the true leader of Dark Christmas. Within his pathetic delusions of grandeur, he saw himself as being a match for a powerful Demi-Demon like the Anti-Claus.

Over time he hatched a diabolical plan to destroy Christmas, suck away the power of the Spirit Of Christmas, and then use that formidable force to turn on his Anti-Claus Master.  Naturally, there’s no way a Gnome would have anywhere near the power to do this, and he failed miserably!  Although we’ll give him an A for alarming effort! Almost immediately after his fantastic failure, he scurried away into hiding. The Anti-Claus was deeply angered, and his fellow Gnomes considered the Grinch a traitorous outcast.  To this day it’s thought that the Grinch is still hiding in a deep dark cave somewhere cowering in fear of his frightening fate.  Or could he be foolish enough to plot a careful comeback? Possibly joining forces with a constant competitor for Dark Christmas rule? That being the monstrous Krampus who existed long before the Dark Claus yet isn’t as powerful.  Even after all this, Santa Claus has stated the Grinch is forgiven and may have a home at the North Pole if he wishes. Thus far he has not been heard from! Even the cold-hearted Jack Frost thawed enough to be a welcomed resident of Santa’s Winter Wonderland! 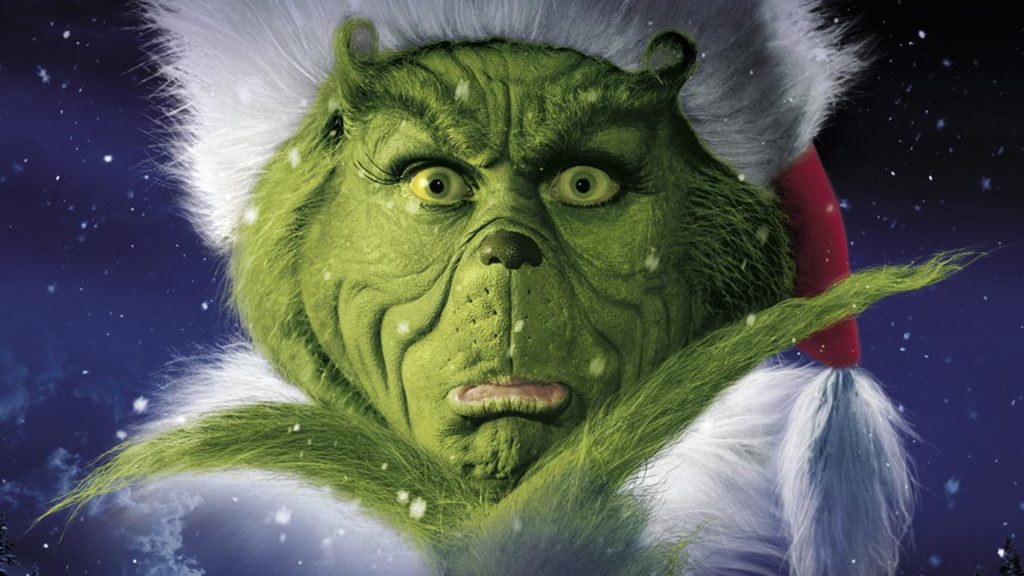 The infamous aforementioned Anti-Claus coup attempt by the Grinch took place in December of 1952.  Dr. Seuss knew of the story since he had been lucky

enough to visit Santa’s North Pole City in that same year.  It seems Seuss had been secretly abducted by aliens, and taken to a planet similar to what he eventually described to an extent in 1971’s The Lorax.  A number of his crazy characters and silly stories came from his short time on the unknown extraterrestrial planet.  He also had disturbing visions of a second alien abduction.  The ET’s brought him back with other brainwashed abductees as a part of a master plan to conquer Earth.  Santa Claus intervened when he happened upon the extraterrestrial vessel. Not only did he save Dr. Seuss but the entire planet as well by sending the aliens back through an intergalactic Supercluster portal that transported them here.

Santa also destroyed the technology to create such portals on their homeworld.  Since they’re at least two Galactic Superclusters away from our Virgo Supercluster we won’t have to worry about them getting here by conventional space travel anytime soon.  Generally, he has to adhere to not interfering in human matters as per Angelic Law, and the Supernatural Secrecy Pact. However, he was given the green light since the invasion would have drastically altered Earth’s natural destiny.

After saving Seuss Santa Claus rehabilitated him and cleansed his mind of the extraterrestrial influence at North Pole City along with the other abducted victims.  Old Saint Nick then performed the usual memory wipe on North Pole visitors who aren’t true members of the supernatural community.  However, some still remember the experience as a dream. Dr. Seuss’s recollections of his time at the North Pole were the most vivid.

To us the term Grinch is synonymous with the term Scrooge meaning someone who loathes the holidays and lacks the Christmas Spirit.  Among Gnomes, and other nefarious supernatural beings a Grinch is a term used to describe a foolish disloyal individual who has performed traitorous acts.  A little green Gnome with a paranormal bounty on his head equal to a supernatural favor granted by the Anti-Claus himself.  Something considered priceless to those dark of heart in the supernatural world.  So now you know the true story of the Grinch and the famous children’s author Theodor Seuss Geisel aka Dr.Seuss!🤢

By Xavier Remington | Copyright © 2013 All Rights Reserved MysticInvestigations.Com If you’re seeing this entire article on any other site besides http://mysticinvestigations.com then it has been illegally copied and should be reported immediately!