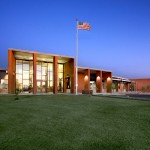 Both Zack Powers, and Elizabeth Weatherly survived the horrors of our Halloween morning at the witching hour as we battled vampires, werewolves, and zombies.  In particular a dark third generation vampire whose thousands of years old, and was born on the the infamous lost continent of Atlantis.  His name is Meistiensos, and he is the vampire grandfather of our very own Drake Alexander, and the vampire father of, Duanna Sargon who is currently staying with Drake at his mansion.  The Moon Goddess Nanna is also residing there in biological form until her full powers return so that she may slip back into the great beyond.  Zack had his bionic arms ripped clean off by Meistiensos.  They were sewn back on by our Cryptozoologist Ashley Abercrombie.  The nanobots infused in his body along with the magical energies of the good witch Rebecca Abernathy, and various mystic members led him to a full recovery.  Elizabeth was nearly drained of blood by the evil vampire but several blood transfusions, and healing herbs have her good as new.

On the evening of Halloween we had a grand costume ball at Drake’s Lair in the Mystical Forest.  There we greeted many trick o treaters which were re-directed from our members homes.  However most of us had baskets of candy with little magically animated puppets greeting the kids, telling them they could get more candy at Drake’s, and kindheartedly frightening them if they took more than one treat.  The magical innocence of the children frolicking about our mystical town of Woodland Springs calmed down most of the paranormal activity, and the evening was unusually peaceful as the Angelic forces of All Saint’s Day approached.  At the party the biggest trouble was a low level vampire who spiked the punch with blood.  He was asked to leave, and apologized oddly enough.  Later on a Gnome began scurrying around the house outside cackling like crazy.  I finally went outside, and punched the little bastard in the face.  He quickly got up, and ran into the forest.  There were a few minor calls during the night but nothing to really ruin the festivities of Halloween evening.  At Midnight most of us took a Moonlit hayride at Woodland Farms where the Autumn Harvest Halloween Festival takes place.  Then we all walked home through a graveyard, and beheaded a few zombies rising from their graves.  I guess they were some last minute Halloween stragglers.  No big deal!

We jump ahead to Friday, November 9th as Zack Powers rides on his bike to high school excited about the weekend.  Fridays are always his favorite day due to the no homework policy, and the tendency for teachers to slack off, and show movies in class.  Zack got his books from his locker when all the sudden some soft feminine hands fell upon his eyes.  It was his girlfriend of the past two months named Brittany Contessa.  She’s on the cheerleading squad, and they met as he was playing football.  Something not possible before he acquired his bionics since he was quite a skinny nerd as he has said before.   However he still thinks he’s a nerd but now he has enhanced abilities, and a boat load of confidence to go with it.  There’s also the fact that he is no longer bullied anymore.  In fact he considers himself an anti-bully who defends the weak against overzealous jocks.  Those same bullies are on his football team, and this often leads to animosity with some of the guys. 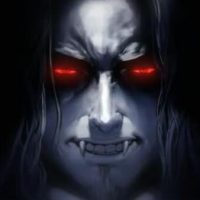 The blond haired Brittany hugged Zack warmly, and quickly kissed him as the bell rang.  They both had US history class together along with one of Zack’s friends Fred who ran up to them as they reached the classroom door.  Everyone sat down expecting Mr.Johnson to enter any second.  When he didn’t everyone started chattering.  Suddenly an unusual looking man of about 6 feet in height with dark hair, and gray eyes wearing a black suit entered the room clapping his hands so loudly that it hurt everyone’s ears.  He looked like a mortician as he menacingly smiled and screeched,”Sit down, and shut up you impudent imps!”  Zack suddenly froze in his seat, and felt a cold shiver up his spine as he realized it was Meistiensos.  The ferocious vampire that tore his arms clean from their sockets on Halloween morning.  The nocturnal being was quickly closing the blinds which were currently letting in indirect sunlight.  He then smirked directly at Zack, and said,”Mr.Johnson has gone off on a sabbatical. I have a feeling we won’t be seeing him again for quite some time.  I’m your substitute Mr.Meistiensos.”  He then began writing his name on the Smart Board as he whispered something only Zack could hear with his bionic hearing,”Zachariah I hear you want some revenge.  Well mechanical boy I’m hear to please, and I’m sure you’ll amuse me in the process.”  He then turned around and picked up a text book on the desk as he said,”Hmmm US history let me catch up here.”  He then flipped through the entire book in seconds.  Zack knew he had memorized the entire text.  Certainly he knew very little about the USA after spending 3000 years in an underground crypt in Egypt.

He proceeded to teach the class although in a strict manner which included constantly snapping his ruler on students desks.  Naturally no movie was had that day.  Throughout the class he refused to call on Zack, and purposely picked kids who didn’t raise their hand.  I suppose that’s nothing new in the teaching profession.  However Mr. Meistiensos was being quite cruel making fun of the kids who didn’t know the answer.  Zack finally sprung from his seat, and faced him saying,”I’ve raised my hand twenty times you disgusting piece of crap!  Why don’t you pick on me you blood sucking scum!”  Brittany, and everyone else was shocked as they had never seen the normally polite Zack act this way toward a teacher.  She urged him to sit down, and Meistiensos physically shoved him into his seat while yelling,”That just earned you a detention Powers!  I’ll see you after school!”  As he walked over to the Smart Board Zack’s chair collapsed, and he hit the floor as everyone started giggling.  It seems that the dark vampire launched him into that chair a little too hard.  Meistiensos started snickering as well for a few seconds but then abruptly stopped, and scowled at everyone.  This ended the outburst instantly.  He then yelled,”You seem hell bent on trouble today Mr.Powers.  You’ll be paying for that desk son!  Now get up here, and write down every President, and Vice-President of the United States.”

Zack glared at Mr.M as he approached the white board.  Meistiensos then muttered,”You wipe that damn look off your face, and show me some respect boy or else I’ll rip your legs off, and maybe have my way with your girlfriend!”  Zack wanted to destroy him but he knew this wasn’t the place or the time.  He began writing but whispered back,”Do what you will to me but leave Brittany alone you bastard!” Meistiensos chuckled, and went back to teaching. As the class neared an end he gave the biggest homework assignment ever seen in high school history.  Meistiensos declared,”You have two days to lounge about which is unacceptable.  In my time we schooled, and worked seven days a week.”  He was referring to his days in Atlantis most likely.  He then told them to read four chapters, and write a 5000 word essay by Monday morning.  Everyone gasped but he slammed his desk so hard that his fist went through it.  He then screamed,”Do it and like it with a smile on your face!”  The bell rang just then, and everyone quickly filed out.  Zack tried to leave but Meistiensos grabbed him by the arm forcefully.  For a second it almost felt like his arm was going to be torn off again.  Brittany, and Fred were waiting for him but Mr.M told them to stop loitering.   He then told Zack,”I’m here to stay little robot man!  If my children are here then this is where I shall reside as well.  Let my dearest Enheduanna know I’ll be in touch soon.  I’m kind of enamored with this quaint hamlet.  Fine folks to feed off of, and some great minions to lead!”  He then started bellowing forth a loud echoing laugh of a sinister nature that could be heard throughout the school.  Everyone was looking around wondering where the odd sound was coming from.  Zack immediately ran from the room in fear as he wondered when this nightmare would finally end.

One Reply to “High School Horror: The Return Of The Dark Vampire”