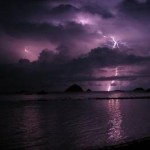 Thanksgiving was mostly uneventful as far as work since we consider ourselves on call 24-7 in the battle against supernatural evil.  On Thanksgiving morning during the witching hour we got a report of restless Native American spirits mildly haunting an old folks home that was built near a burial grounds.  We merely gave the caretakers advice, and they were able to handle the issues themselves.  At about 3:00 AM a call came in from a farmer who said some sick puppies had slaughtered his turkey’s, and buried them.  As the farmer began digging them up they rose as zombie turkeys.  The farmer got to the safety of his house but the little clucking zombies started eating his other animals.  He went out with a shotgun, and got some of them.  Hunter Jackson showed up, and took out the rest with his machine gun.  The farmer said he saw two teenagers wearing black robes with red Satanic symbols on it.  It was most likely amateur practitioners of magic from the local high school killing time on the Thanksgiving break.  However we will investigate this Monday morning.

Then at Noon we began a Thanksgiving celebration at my residence where Rebecca Abernathy, and I live which I call Remington Manor.  No worries I don’t have a big ego.  Quite a few members of the Mystic Investigations team were there including the vampire Drake Alexander, and his vampire sire/mother Duanna.  Father Tom also joined us, and gave a prayer of thanks before the dinner which made Drake, and Duanna feel some physical discomfort for obvious reasons.  Rebecca then followed with a prayer of the Goddesses.  Father Tom arched his eyebrow in mild disapproval but of course it’s hard for him to look upon her with disdain since he has always had a crush on her.  My parents flew in from Washington Island, Wisconsin while Rebecca’s flew in from the rebel Mermaid community of Salton Sea, California.  Naturally her parents are hip deep in the supernatural since her mom is a mermaid.  My parents however refuse to believe in the supernatural even when it’s presented right in front of them.  Humans have to be open to such things in order to see them clearly.

The ladies prepared most of the dinner while us guys hanged around in the billiards room that also has a bar, and big screen TV with a football game on.  However we did make the desserts while the women played croquet in the backyard since it was unseasonably warm, and sunny out. During the turkey dinner Drake, and Duanna pretended to eat.  In some cases they fed their food to my parents little dachshund named Sparkles.  They also actually ate a few bites that Rebecca had doused in blood, and alcohol to reduce the poisoning effect food has on vampires, and to bring out the flavor as well since food tastes like nothing to vampires.  Things were pleasant when all the sudden an apparition of the recently dead dark vampire Meistiensos appeared before us at the exact moment a house shaking clap of thunder roared forth from the Heavens.  Meistiensos being the vampire sire/father of Duanna. His domineering ways forced her to lock him in an Egyptian tomb for several centuries causing him to go mad.  Upon the appearance of his specter coinciding with the thunder clap a few people spit out their drinks, and some choked on their turkey.  He stood at the end of the table near Duanna, and Drake.  He stared at her with a blank expression on his face as we declared it was a ghost.

My parents laughed, and asked where the holographic projector was since they’ve seen our extravagant Halloween celebrations that include such things.  I told them it was real but they refused to believe me until Meistiensos walked right through them, and it left them white as a sheet with a look of terror on their faces.  Rebecca quickly took some Red Sea salt that was on the table, and threw it at the ghost causing him to disperse.  Father Tom gave another shout out to the holy Lord for good measure while we helped lessen the shock for my parents.  My mom in particular was quite distressed that the supernatural was real.  She had previously thought the whole paranormal investigations thing was just a gimmick to get cases.  My dad, and Father Tom consoled her as she asked if only ghosts were real.  Drake then interjected, and said,”Just about every paranormal being you’ve ever heard of is real including vampires which I myself…..”  I cut him off because I felt it would be too much for my parents to see a real living dead vampire.  She was scared at first but I reassured her that most humans never have any contact with the supernatural unless they seek it out.  I told her life would not change because of this incident.  We finally got back to dinner without any further metaphysical interruptions.

We also noticed that some how Meistiensos is posting on our forum from the great beyond which is a first for us.  We know it’s for real because there’s no IP Address what so ever.  The place where the IP would show up in our Administration panel is just blank space which isn’t possible under any circumstance.  In addition our psychic Julia Hathaway feels an other worldly presence in his postings.  I suppose the internet is like a virtual world between life, and death based on programmed data just as the Universe itself is a foundation of pure thought data.  Since he posted there before his death he might have used it as a communications conduit.  Of course the real question is why did he register an account when that particular forum allows guests to post as he had done in the past.  I mean why would a ghost even bother to go through such a procedure? 🙂  Also his forum title of ghost is coincidental.  It’s just the group name for new members who haven’t posted enough to ascend to zombie level.

An hour after dinner some of us went swimming in my indoor pool, and lounged in the hot tub outside under the stars.  There were some hijinks with Rebecca, and even Duanna, playfully teasing the morally repressed Father Tom which cannot be mentioned here.  It was a humorous ending to evening that had some us laughing like crazy.  We went to sleep early for Black Friday Blowouts despite Rebecca’s experience last year.  I guess she’s a glutton for punishment.  Despite Black Friday usually being a scam, here in Woodland Springs there are laws preventing such things so the deals are real.  We at Mystic Investigations hope everyone had a Happy Thanksgiving….unless you’re evil then we could care less.

One Reply to “Thanksgiving Thunder”