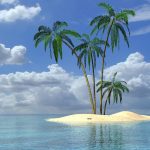 Mystic Investigations was hired last year by a billionaire who is the leader of the secret Anti-Illuminati group which works to thwart the Illuminati, aka wealthy elite plutocrats, that run the New World Order.  The New World Order is an multi-pronged organization that controls the governments of the world via corporations, and central banks owned by the plutocratic elites.  The secretive billionaire hired us to infiltrate the notorious annual Bilderberg Conference which is held secretly at varying locations each year.  The elites, and their top minions gather there to discuss their nefarious plans for the Earth, and humanity in general.  Months after being hired our psychic Julia Hathaway got a vision of the conference location, date, and code name so we were able to book rooms at the hotel well in advance before the Bilderberger’s took over the entire establisment, and locked it down.

The entire Mystic Investigations team will be at the Westfields Marriot Chantilly Conference Center in Chantilly, Virginia May 31st through June 3rd to infiltrate the Bilderberg Conference which is code named the Palm Tree Conference.  In addition to the main meeting we’re also very interested in looking into a sub-conference code named the SRA Conference.  This SRA meeting will have the top supernatural members of the Illuminati in attendance.  This includes sorcerers, wizards, warlocks, witches, Satanic Priests, Reptilian extraterrestrials, vampire royalty, including the infamous Dracula himself, lycan royalty, and other paranormal beings cloaked in the veil of evil.  There’s even been rumors that the notoriously ultra evil Sorcerer Dimitri Diablo will be there along with Santa Claus’s evil twin brother, the Anti-Claus. Despite the fact that the two are not in sync with the Illuminati, and have their own agenda’s for the planet.  Let’s hope they’re not going start working together.  If so then humanity is in deep trouble, and the Earth may face a dark desolate plunge into eternal damnation!

After the intel has been collected we will be invited to the secret Anti-Illuminati Conference for the first time ever.  There the future founding fathers of Earth’s peace will devise a course of action against the New World Orders devious plans.  Naturally this group of good Anti-Illuminati billionaires, and millionaires need to remain anonymous due to the overwhelming power of the NWO who control the governments, and the major banks of the planet.  We will update you on our daring mission which is code named Operation Palm Tree. We will be in disguise under deep cover within the hotel.  However feel free to come on down, and protest outside the security perimeter where numerous others will be supporting liberty. Wish us luck as we enter the heart of global darkness that dwells within the very bowels of our decaying society!

One Reply to “Operation Palm Tree”