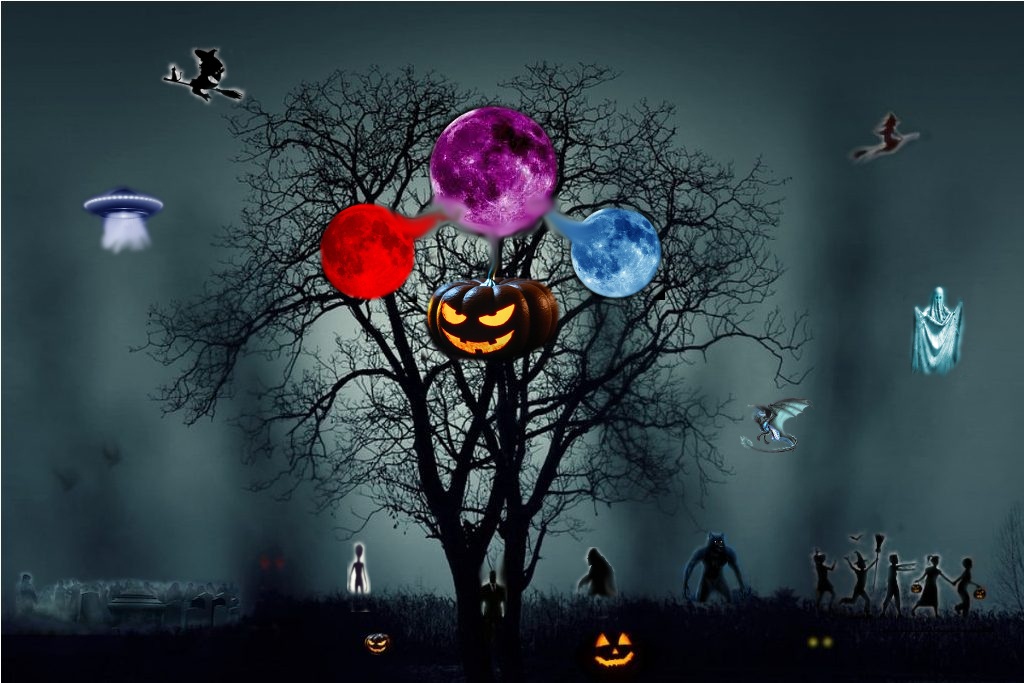 Every Full Moon that falls on Halloween is a Blue Blood Moon with the first Moon falling on October 1st 0r 2nd. Thankfully, this only occurs a handful of times in any given century. It was last seen in 1974 and won’t be seen again until 2039. This beyond rare Moon can actually appear crimson or blue in color depending on the level of paranormal activity in your locality. In some places this becomes the diabolical unholy Violet Moon. It will actually give off a purple black light glow that is considered 100% unholy light! This is very different from the holy violet light seen when there’s a Blue Moon that coincides with a lunar eclipse that in turn causes a Blood Moon. The combination of the natural Blood Moon of October falling on Halloween and occurring twice is a frightening formula for damnation upon the Earth! If the Moon looks purple then flee indoors for all hell is about to break loose! Werewolves will be invincible under this Moon. Not even silver bullets will kill nor hurt them in any way!🐺 Read The Rest Of This Paranormal Activity Forecast….🎃