It’s been pointed out by some people that various time travel movies are unrealistic on a variety of levels. Of course, the number one complaint are the temporal paradoxes that include the infamous Grandfather Paradox. However in reality paradoxes simply don’t exist because at every Planck Length (smallest increment of time) we’re all traveling five dimensionally to near identical Parallel Universes. Whether we know it or not we’re traveling through all dimensions simultaneously within our dynamic Universe always in motion. Another observation is the fact that time travelers should technically end up in outer space due to the movement of Earth through space.

Earth Moves About The Universe In A Number Of Ways The Earth rotates on its axis, and around the sun as well. There’s also movement around the Milky Way Galaxy along with the general expansion of the Universe itself. Therefore those partaking of pure time travel without any specifically mentioned spatial transport option should theoretically end up in outer space. The exact spot in spacetime on Earth we’re in right now ends up being in outer space a short time later due to these various planetary movements. If it was just a matter of circling the Sun once a year then time travelers could ensure staying Earthbound by traveling back to any given year on the same date and time. So if they left for the past or future at Midnight on October 17th then they could only end up in another year at 12:00 AM on October 17th. Unfortunately, it isn’t that easy since the space you exist in now will never be occupied by you or Earth ever again for all eternity!

Thankfully real-time travelers don’t have to worry about this unless they’re using a higher dimensional method of temporal transport. Simply put a time traveler on Earth is always within Earth’s gravitational field. Gravity is a powerful force in our Universe for those who exist on and near huge objects with mass. Even if temporal travel seems instant it’s still an incremental process in most cases. As the Earth moves gravity keeps you glued to the surface in the same spot whether you’re traveling into the future naturally one day at a time, or taking a leap back to the past.

The Danger Of Some Modes Of Time Travel

The only exception to this are those with advanced technology, or powers, that are cutting a portal in 4-D space-time that in turn goes into 5-D Hyperspace. They then return through another portal to their time of choice in the 4th dimension. Since they left Earth, and its gravity they would find themselves in the middle of outer space upon entering another time. Hopefully, someone with such advanced technology would account for this. Most likely they’d be inside a space capable vessel of some type, to begin with. Certainly, those with five-dimensional based psychokinetic powers, such as Hyperchronokinesis, may find their new found power short-lived if they end up traveling into a dangerous environment! We recommend they wear a spacesuit just to be safe!👨‍🚀 The Tower Of Christmas Past is the tallest structure at North Pole City. It is built around a temporal anomaly. A literal upside down time tornado has been slowly forming over the centuries due to the ever growing power of the Spirit Of Christmas along with a number of magically convergent factors unique to Santa’s winter wonderland. It’s thought that Santa Claus’s holy Angelic energies along with the magnetism of the North Pole initially set it off. Around the 1600’s a noticeable time distortion began taking place that was kept in line via Enochian Angel magic. However by 1852 it could no longer be contained in this way. This came to fruition during what is known as the North Pole Time Event. Several time frames began overlapping causing chaos and temporal paradoxes at the North Pole. The solution was the building of the Tower Of Christmas Past to contain the vexing vortex. The Tower was built in the shape of a Christmas tree with a lit star on top that dissipates any excess energies that might jeopardize the super structure.  Most of the Tower is made of supernatural glass with a metaphysical matter metal framework. All of which is lit with Christmas lights that can change colors. Read The Rest Of The Christmas Past Tower Story On Our Christmas Blog… 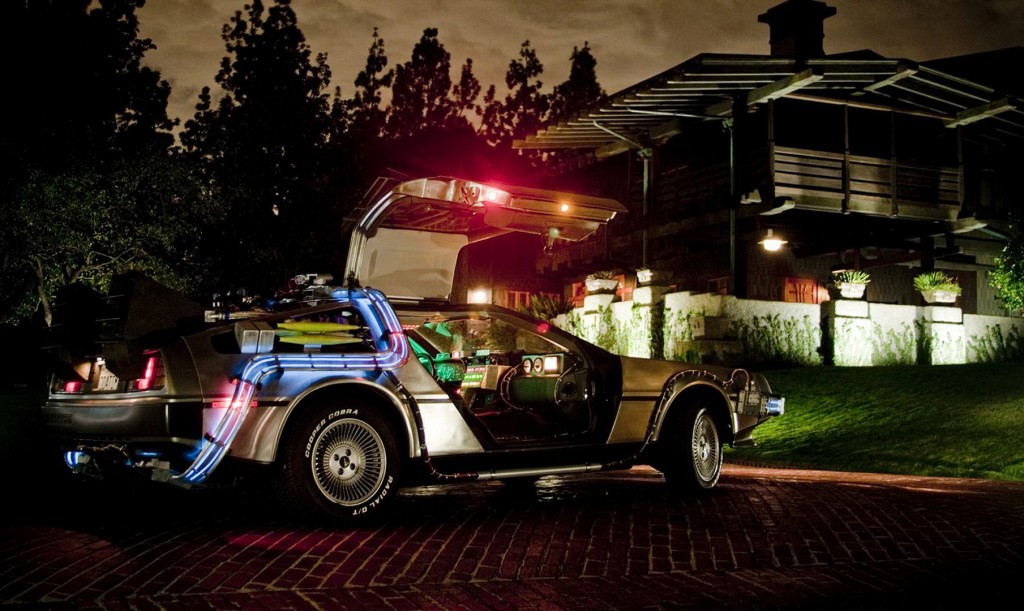 Happy Back To The Future Day! As with many works of fiction, it seems there is at least some shred of truth, if not the whole truth, hidden in plain public view.  Back To The Future is based on a real life series of time travel incidents discovered by the US Paranormal Defense Agency.  As apart of any paranormal cover-up they release some information to the Hollywood propaganda machine to make the story into a movie thereby painting it as fiction. This heads off any claims of it being real.  A common tactic used by the government to hide all manner of supernatural events.

Back To The Future Is Real 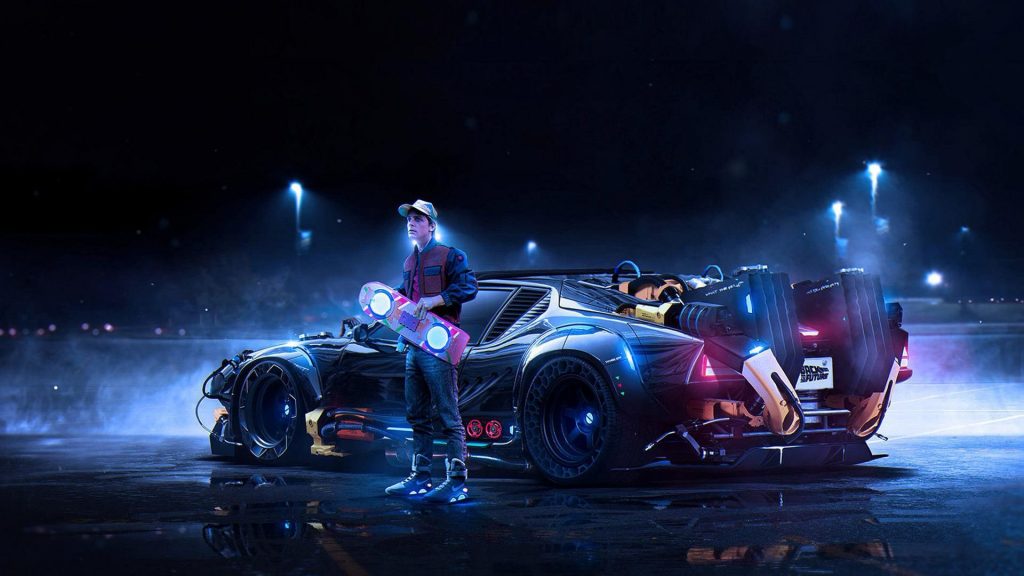 Sometime in October 1979 a real life mad scientist by the name of Dr. Everett Black invented a time machine within a vehicle in Hildale, Utah.  Black clearly was the inspiration for Dr. Emmett Brown. The vehicle in question was a black 1978 Chevy Van.  Unlike the movie Dr. Black needed more room for temporal equipment, supplies for extended trips to the past, and future along with a small sleeping space.  Another difference from the BTTF movies is the fact that Everett made dozens of trips through time from prehistory all the way to the distant future of a human intergalactic civilization.  However, like the movies, there were temporal paradoxes because the Black time travel device was extremely unique. Unlike most forms of real time travel, the Time Van didn’t travel to near identical parallel Universes.  This is why various law enforcement authorities eventually became involved! The temporal shockwaves Dr. Black caused were easily detectable!

How The Time Van Worked

The Flux Capacitor from the movies is a real device as invented by Dr. Black. The true Flux Capacitor creates, and emits a unique high frequency stream of compressed Photons that caused a bubble of unknown electromagnetic radiation to form around the time vehicle. Dr. Black dubbed it Chronon Radiation. This radical radiation has the power to seriously warp space-time to the point of crushing anything in the bubble to an infinite point.  Somewhat like a localized black hole in that respect. However this horrifying property is due to the vehicle being separated from the natural movement of time into the future which causes it to be confined to a Planck Length sized 3-D Universe frozen in time…. Read The Rest Of The Story On Our Time Travel Blog…