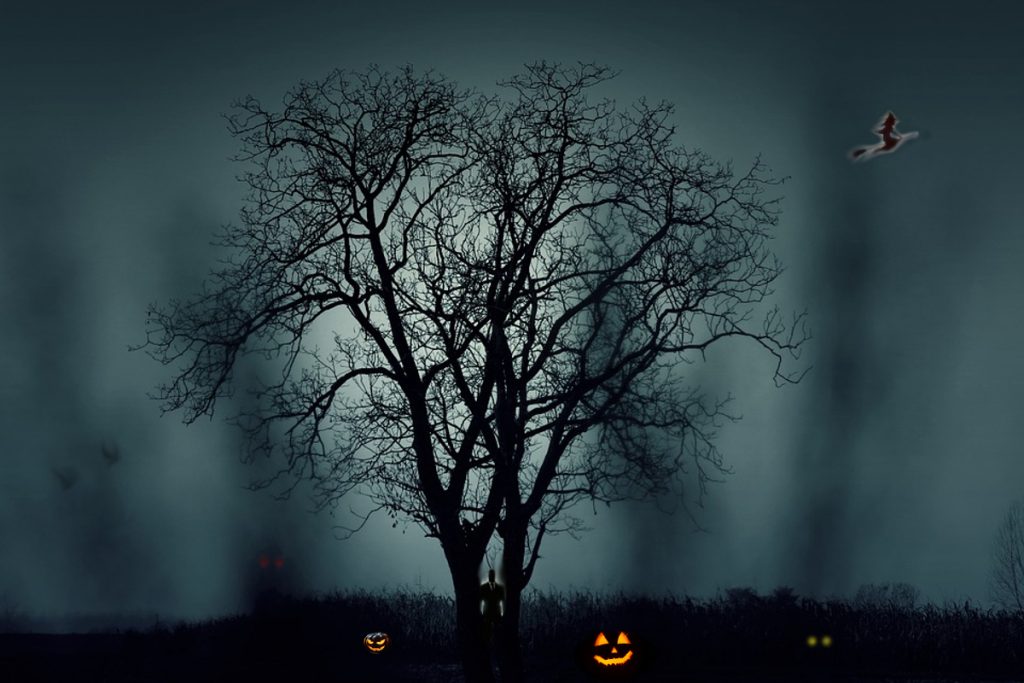 In the paranormal world, we know that the Thirteen Nights Of Halloween, including All Hallows Eve itself, can be a deeply dangerous time! While most ensconce themselves in the lighter side of the Halloween Spirit we prepare to battle the denizens of dark damnation! Often unpaid we strive to protect the blissfully innocent from the malevolent monsters that manifest in the heart of dark shadows. These nights exponentially increase in supernatural activity as human Halloween festivities grow greater. It is the balance between light and dark that guides Halloween. The same balance that breaks down the veil between the metaphysical afterlife and our physical Universe.

Sinister Spirits And The Living Dead That Prey On Human Flesh!

Expect much greater levels of ghostly hauntings, poltergeists, and demonic possessions. Steer clear of abandoned buildings, historical battlefields, graveyards, and morgues. Cemeteries are especially dangerous as Zombies will be rising from graves! This can happen due to dark magicians or Voodoo masters tapping into the Spirit Of Halloween. It can also occur spontaneously when the break down in metaphysical barriers allows spirits to reanimate corpses! Another danger of places where dead bodies reside are Ghouls salivating over the rotten flesh they crave. They’re beneficial in eating zombies but they have no issue hunting you down! They then bury you or hang your body in the sun somewhere to grow ripe the way they love it!

Vampires will crave human blood more than usual. Expect them to be on the prowl stalking anyone that moves. Interestingly enough, blood surging with the sugars of Halloween candy will repel them! Unfortunately, this doesn’t seem to stop Gnomes who must devour kids in order to remain immortal. Thankfully, scary costumes, crowds, and adults in the vicinity frighten them away. Younger Werewolves will transform into hairy horrors even without a Full Moon! This eventually effects all infected with the Lycanthrope Virus on Halloween. This is caused by the surge of demonic energies volleying about. More so in areas where deep dark magic is being practiced. These witches, warlocks, wizards, and sorcerers are always on the lookout for innocent victims to use in their despicable sacrificial rituals to their demonic and dark god patrons!

Legends Of Horror Are Afoot!

Be aware that Michael Myers, Jason Voorhees, Freddy Krueger, and other horror movie icons are indeed real! Urban Legend freaks like Slenderman are out to complete their own alarming agendas as well. Like any other sinister supernatural being, they are drawn to the diabolical forces unleashed during the 13 Nights Of Halloween. Although the odds are slim you will run into them it never hurts to read up on their weaknesses just in case. You should have a Happy Halloween by holding a healthy respect for the dangers of the wayward world while celebrating the Halloween Spirit with decor, costumes, and candy. A Spirit guided by the benevolent hand of Halloween Queen Shala.🎃